Honor Flight of the Quad Cities founder leaves behind a legacy for Quad City veterans. 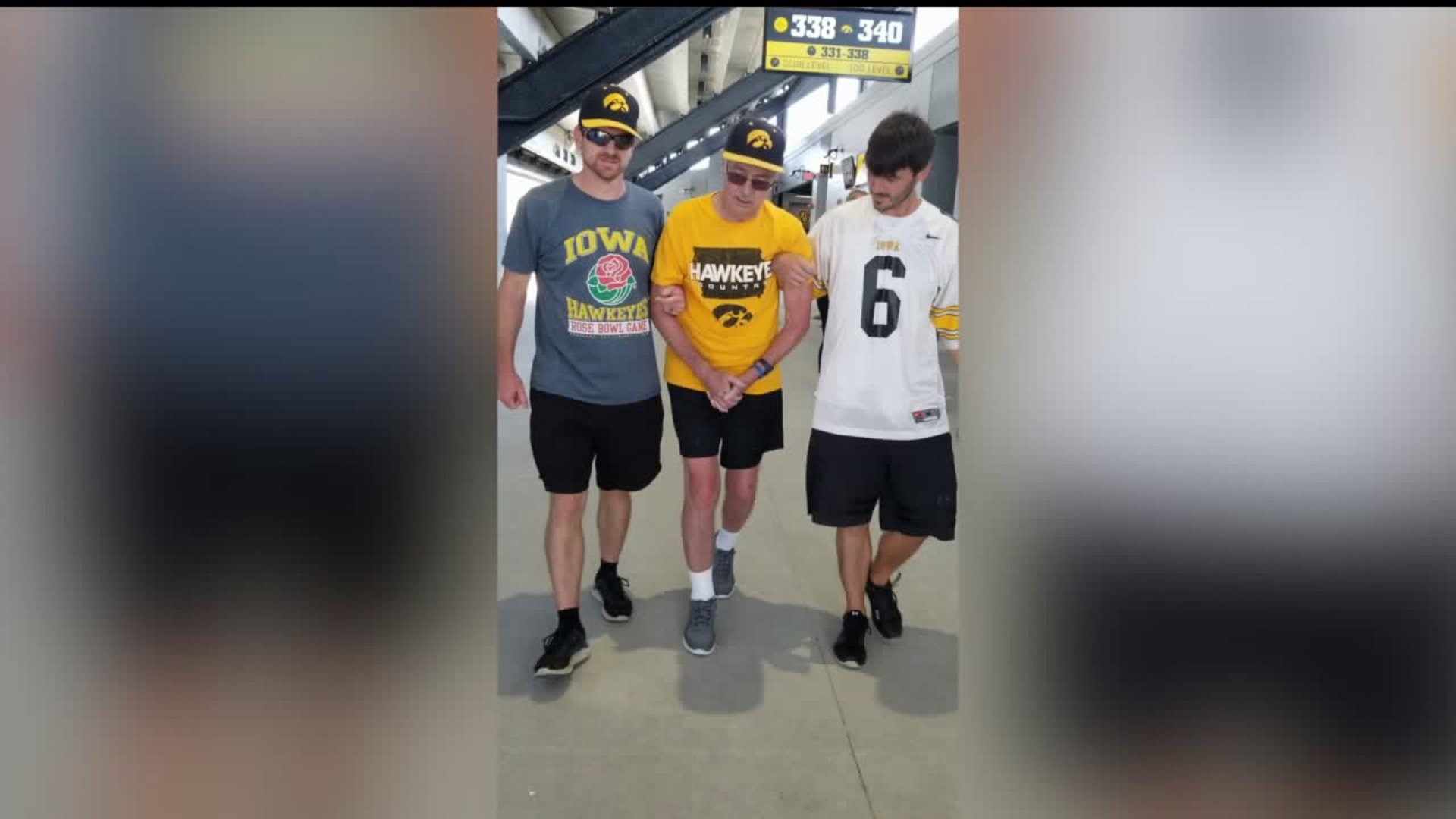 MUSCATINE, Iowa – Bob Morrison, the man who founded Honor Flight of the Quad Cities, passed away at 68 years old on Monday morning according to family.

He personally led the first 33 Honor Flights from the Quad Cities and took more than 3,000 veterans to Washington D.C. The purpose is the take World War Two and Korean War Veterans on a trip of a lifetime to our Nation’s Capital.

“He was an amazing man,” says Norma Morrison, Bob’s wife.

Bob wasn’t a veteran himself, growing up he was a Boy Scout and later became an Eagle Scout.  But his dad was a veteran and he brought his father on the first Honor Flight in November 2008.

Bob was an active community member, with a sharp mind that started to slip over time.

“We were doing our taxes and he was doing some crazy thing that were a little scary and I was like “I can’t do taxes if they aren’t accurate”,” Norma remembers.

The illness Bob was developing was called Frontotemporal dementia (FTD), a terminal disease that shrinks the frontal and temporal lobes of the brain over the course of several years.  Symptoms usually involve losing functional abilities like movement and speech.

“It is probably one of the most common causes of dementia in younger people less than age 65,” says Doctor Robert Weis, one of Bob’s doctors who diagnosed him with FTD.

But even in Bob’s final days, FTD didn’t stop him from one last game at Kinnick Stadium.  His family brought him to the Iowa and Rutgers game in early September.  Bob, an Iowa alum and die-hard fan, got the chance to watch the game on his feet behind the goal post.

“He had not walked in two weeks, but they thought they’d try and they got him up,” Norma recalls.

A celebration of life honoring Bob is scheduled for Saturday, Oct. 19 at 10:30 a.m. at the Wesley United Methodist Church in Muscatine.  The attire will be Hawkeye gear.

The 50th Honor Flight is scheduled for Oct. 31st.