BETTENDORF, Iowa — The City of Bettendorf says homeowners shouldn’t be too alarmed if you suddenly see white smoke coming from the vent pipe of your... 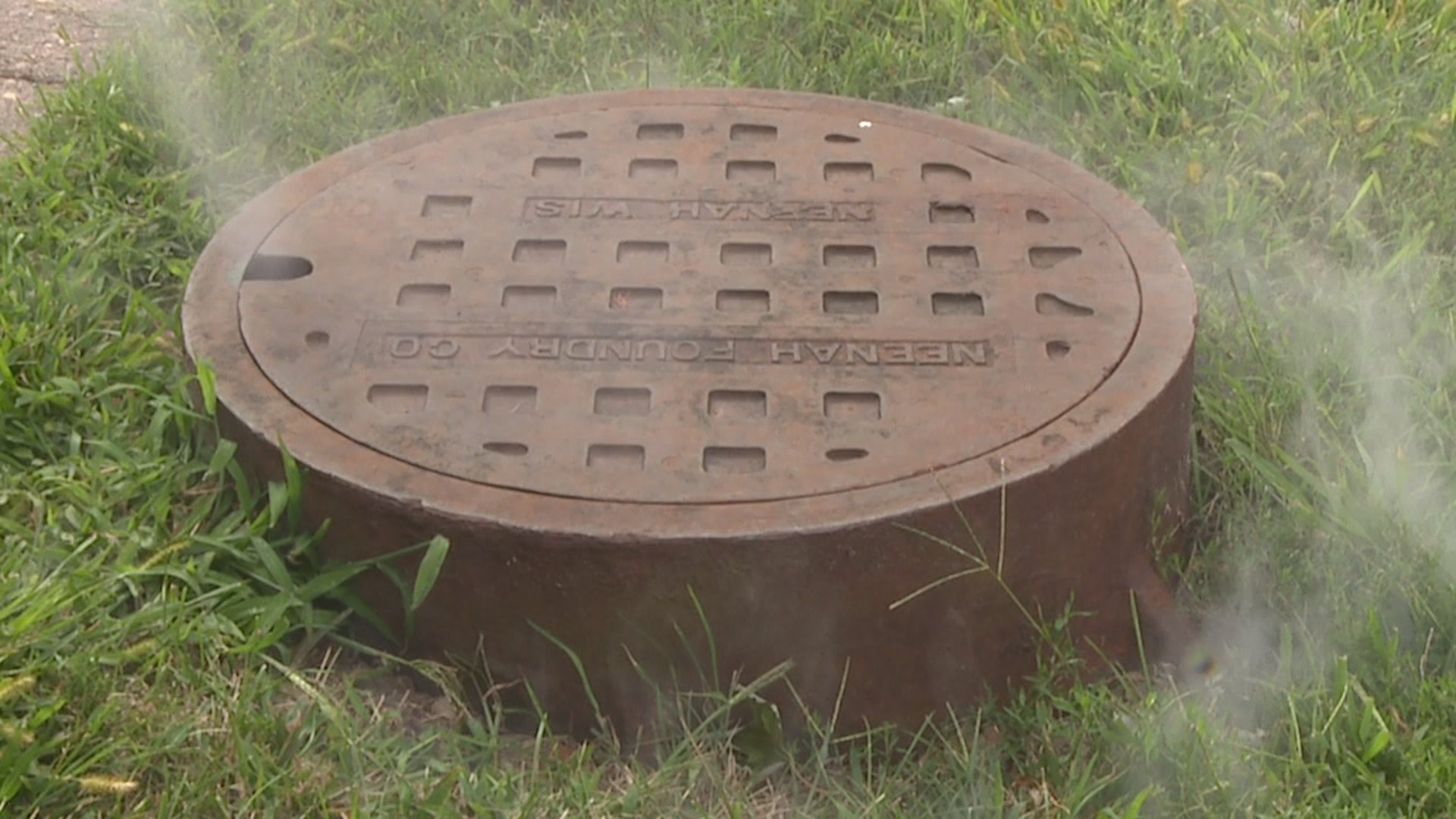 BETTENDORF, Iowa -- The City of Bettendorf says homeowners shouldn't be too alarmed if you suddenly see white smoke coming from the vent pipe of your roof. The city is blowing smoke into sanitary sewer lines to find cracks and defects in the underground system as part of a two year study.

"The sanitary sewer system wasn't designed to take groundwater and rain water," said McClure Engineering Vice President of Water Derick Anderson. "It was designed to take what we flush down our toilets and let go down our sinks."

The sanitary system conveys that sewage to the Davenport Waste Water Treatment Plant, where it's treated, cleaned and discharged into the river. Heavy flooding this spring, and rains seeping into the sanitary sewer put a strain on the system.

"The plant was inundated," said Bettendorf City Engineer Brent Morlok. "We were running as much through there as we possibly could."

Workers blow white, non-toxic smoke into the sewer and look for it seeping up around manholes or spilling into the storm drain. Those trouble spots are marked and added to McClure Engineering's analysis of the Bettendorf sanitary sewer system, in an ongoing process.

It may be alarming to see smoke rising from vents on the rooftops of homes and businesses. Bettendorf Fire Department has received at least one call from a concerned onlooker, but Anderson says property owners shouldn't be alarmed unless they see any smoke rising from floor drains or elsewhere inside.

"That’s a properly vented sanitary sewer and plumbing system within a house," he said. "It allows the flow of water to go down into the system but vents out the gases and other things out of the system and out of the home," said Anderson.