A statue was set up along the Mississippi River in Port Byron as a tribute to cycling. 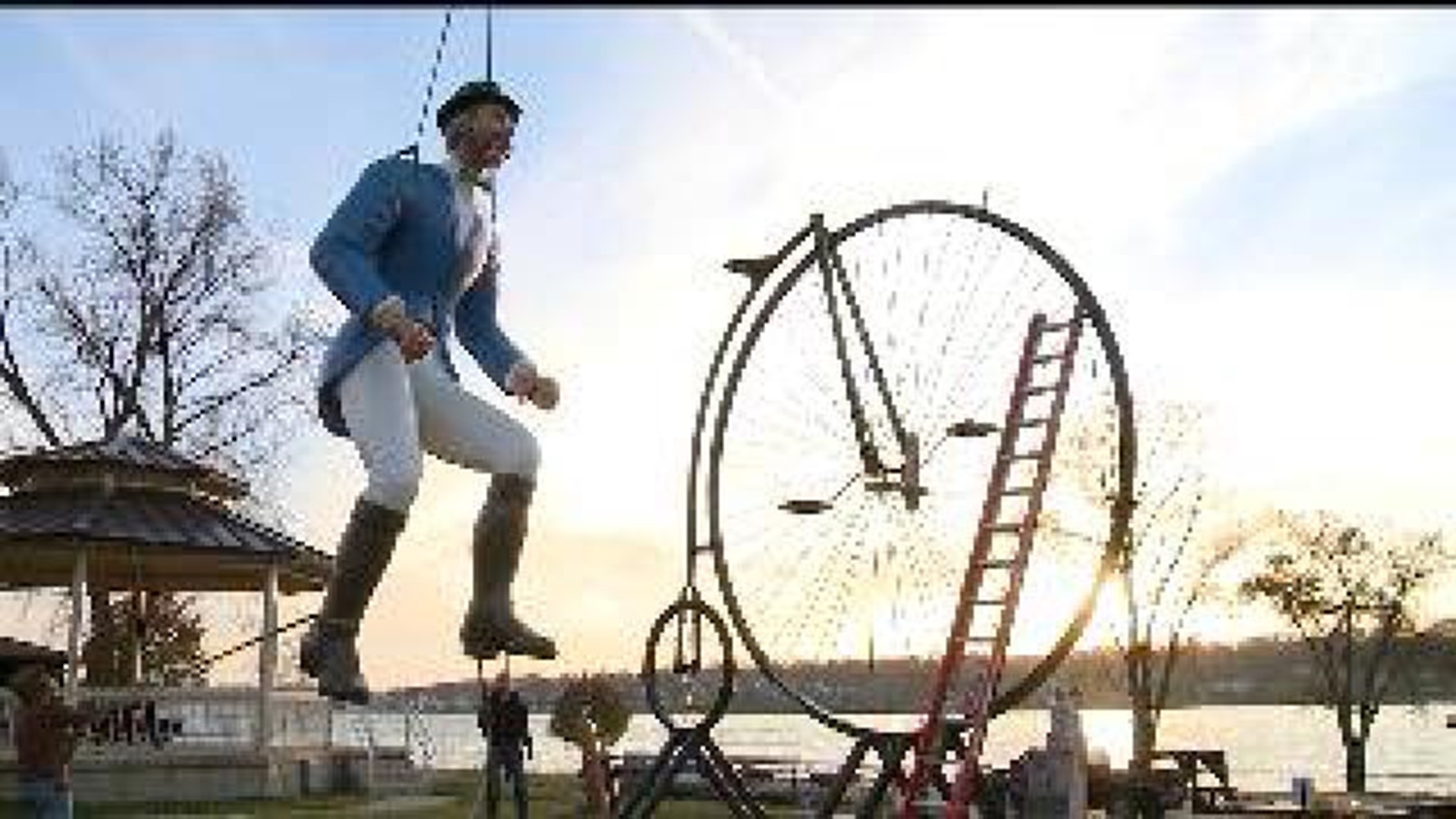 A statue was set up along the Mississippi River in Port Byron as a tribute to cycling.

The bike statue, called Will B. Rolling, was set-up on Thursday, November 14, 2013 on the Great River Trail.

According to Lawrence Bay who donated the statue to the city along with his wife, it is made of fiberglass and is 30 feet tall. The statue is mounted on a 3 foot tall base made to look like an old time brick street.

Bay hopes that Will B. Rolling has a positive impact on Port Byron.

“We’re glad that it’s finally in and we hope that Port Byron and the wonderful people appreciate the bicycle that they adopted as their icon and that it successfully brings a lot of favorable attention and visitors to Port Byron.”

Made by FAST Corporation in Sparta, Wisconsin, the statue is a recreation of one in Sparta that also pays tribute to cycling and to the Elroy-Sparta Trail, which is popular for bicycling.