While President Trump was on his way to Dayton, Ohio today, Joe Biden said this during a visit to Burlington, Iowa. 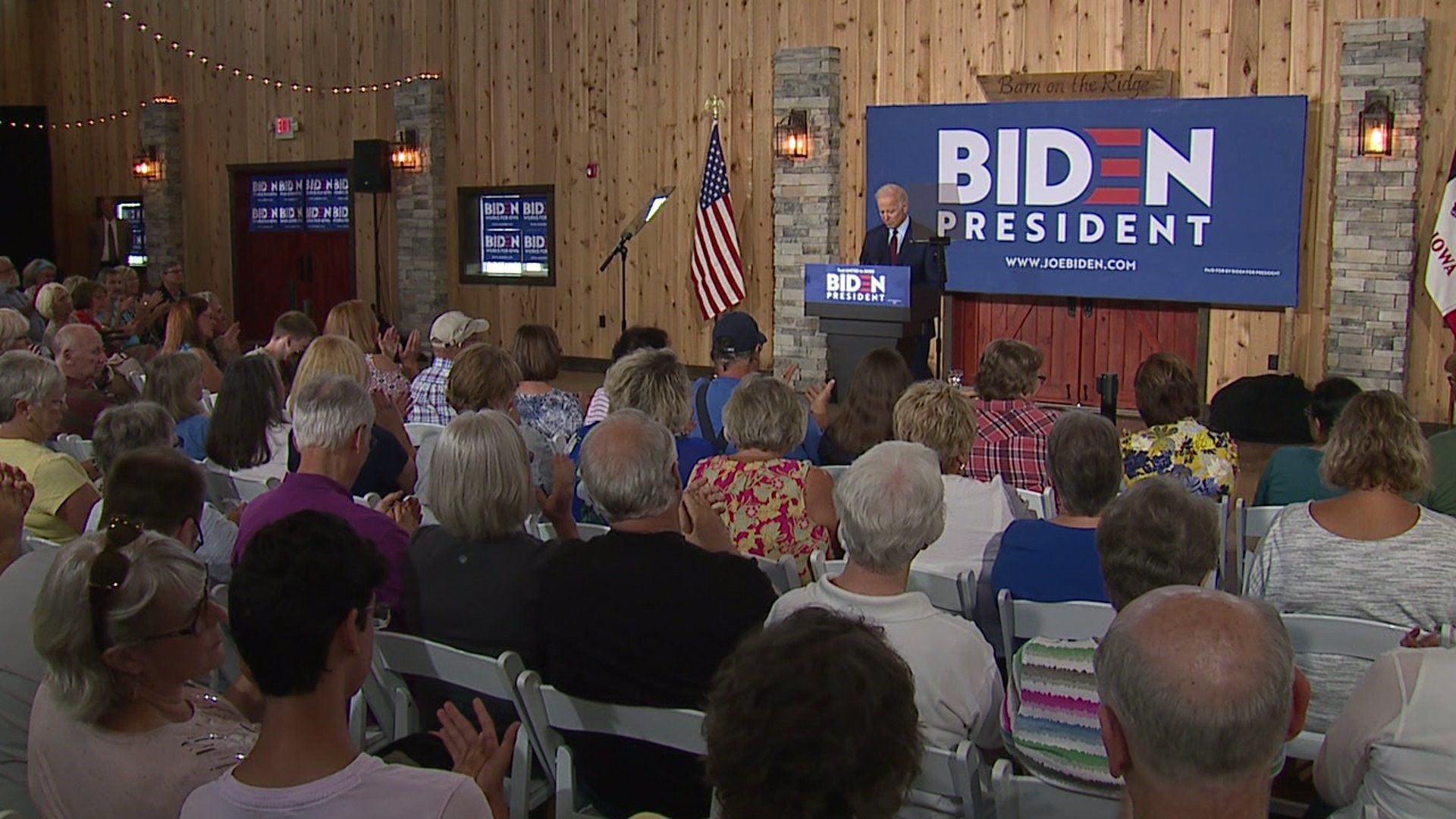 Biden said he originally planned his trip to Iowa to talk about agriculture policy and unions, but recent events (including the shootings in Dayton, Ohio and El Paso, Texas) caused him to change his agenda.

The Democrat linked President Trump to a rise in white supremacy and hate.

The presidential hopeful said Trump has not done enough to denounce the hateful actions of domestic terrorists.

"He seems more concerned about losing their votes than beating back this hateful ideology," said Biden.

During the speech, which lasted roughly 30 minutes, Biden also used part of his time to call for stricter gun laws.

"A hundred rounds in Dayton. 30 rounds in El Paso. They'll be banned. And, when we do it we will put in place a buy back program to get as many of these military style weapons of war off the street," he said.

Biden said, if elected, his administration would focus heavily on domestic terrorism laws.

"We have to make the same commitment as a nation to root out domestic terrorism as we have in stopping international terrorism," said Biden.

Biden used most of this time making the point that "the words of a President matter."

Biden pointed to moments following acts of terror and hate in the nation's history to highlight the way former presidents from both parties responded to incidents. He says President Trump has failed to show moral competency.

"In both clear language and in code, This president has fanned the flames of white supremacy in this nation," said Biden as he continued to criticize President Trump.

During the speech, President Trump Responded.

Watching Sleepy Joe Biden making a speech. Sooo Boring! The LameStream Media will die in the ratings and clicks with this guy. It will be over for them, not to mention the fact that our Country will do poorly with him. It will be one big crash, but at least China will be happy!

While traveling aboard Air Force One to Dayton, Ohio, the President tweeted, "Watching sleepy Joe Biden making a speech. Sooo Boring! The LameStream Media will die in ratings and clicks with this guy. It will be over for them, not to mention the fact that our country will do poorly with him. It will be one big crash, but at least China will be Happy."

The President then tweeted photos and videos of him visiting with victims, first responders, and medical staff in Dayton, Ohio on August 7.

We love you Dayton, Ohio! pic.twitter.com/IaCZAdyuzL

Still, Biden accuses Trump of unleashing "the deepest, darkest forces in the nation," as both men continue down the road to the 2020 Election.