Aldermen will meet for a budget assessment session in October and can discuss adding more firefighters to the department at that time. 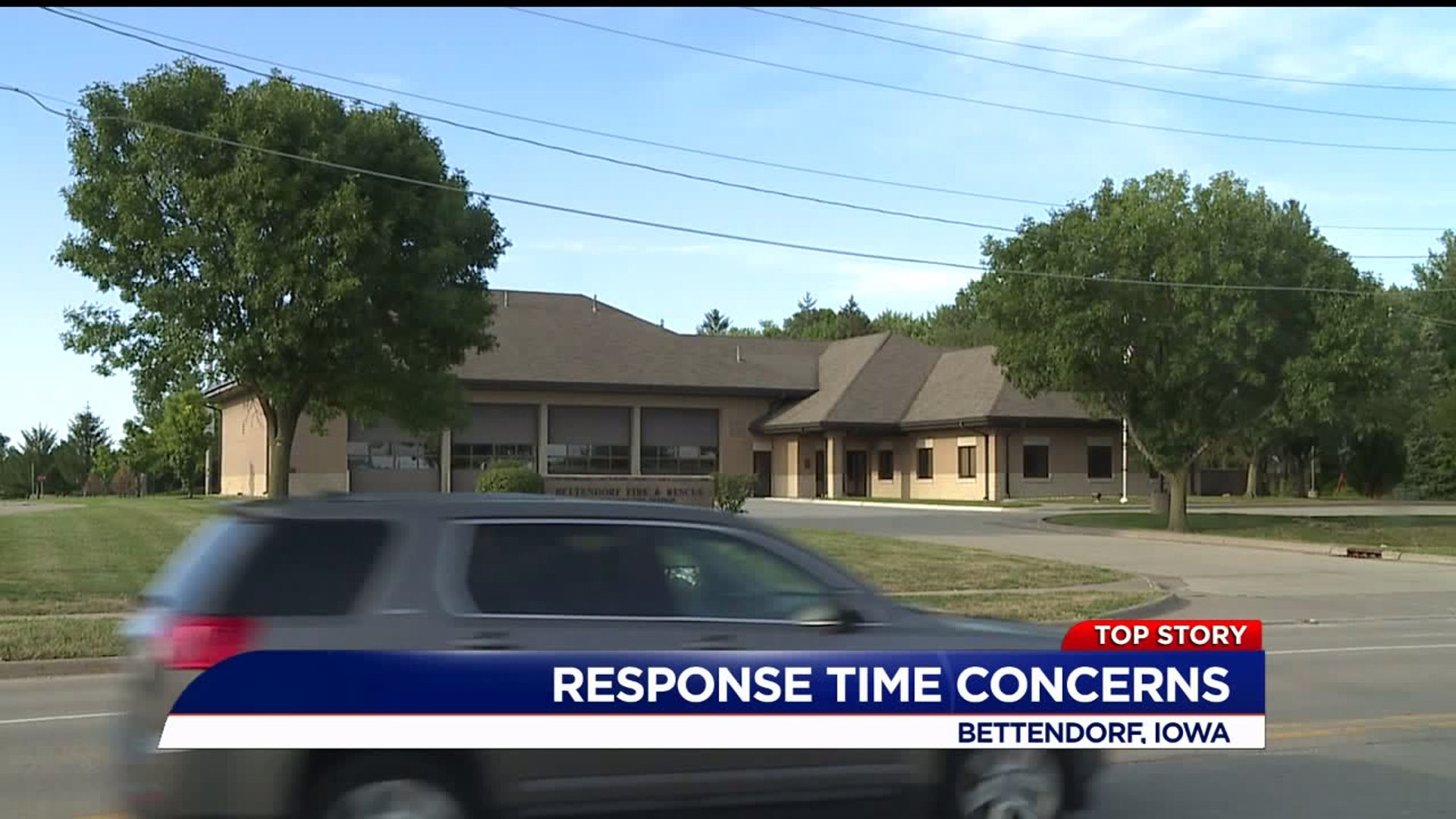 BETTENDORF, Iowa - The fire chief and the Executive Director of Medic EMS gave a presentation to the city council on September 3.

They highlighted the response times of firefighters and paramedics in the city.

The presentation became a priority after a family, and several other residents, raised concerns about response times following a medical emergency earlier this year.

People who live on the city's northeast side want to know if staffing the Surrey Heights Fire Department, located on Crow Creek Road, would get help to the scene of emergencies faster in a life or death situation.

That station has been staffed by volunteers since it opened in 1999.

The volunteers work in pairs of two for 12 hours every third night.

On rare occasions, the fire chief said it can be difficult to staff the overnight shift. He also noted that many emergencies require more than two people to respond.

In addition to challenges with recruiting volunteers, which the chief noted is a nationwide trend at volunteer fire departments right now, there volunteers tend to be less experienced than the city's full-time fire fighters.

While residents and city leaders express their gratitude for volunteer firefighters who play a courageous role in responding to emergencies, they are all basic level Emergency Medical Technicians (EMTs), instead of paramedics.

They also have less experience that a full-time firefighter and they usually end up leaving the department after a year or two because they have a goal of becoming career firefighters.

In other words, the chief said that the volunteer fire station that exists today is not intended to be a full-time, first engine response fire department.

That begs the question: should the Surrey Heights Fire Department be staffed full-time by paid firefighters?

The fire chief said it would take a crew of 12 to man the fire department full-time.

Residents say with nursing homes, the TBK Bank Sports Complex, subdivisions, and businesses popping up in that area, they would like to see the fire department staffed full time.

The presentation given on Tuesday said that response times should be four minutes or less for EMS calls.

The presentation suggested that some parts of the city see a response time near double that if not longer.

Medic EMS, which covers about 98% of Scott County with paramedic services, says their ambulances are always on the move to be in an area with a high predictability of a call.

The closest ambulance always responds to the biggest emergency.

Usually, ambulances are standing by in Davenport but with growth expected in Bettendorf, that could change.

Still, the number of fire and EMS calls expected in the neighborhoods near the Surrey Heights Fire Station is expected rise about 4% this year.

About 18% of calls are already dispatched to the 5th Ward where the station sits today.

With more growth anticipated, alderman will need to consider adding more paid firefighters to the payroll.

"There's no question that were growing in the Northeast side of our town," said City Administrator Decker Ploehn. "A year and a half ago we didn`t have anything out on Forest Grove and Middle Road. Now, we have damn near city out there.

He said that type of growth is something "that we have to take into consideration," when looking at budgets and considering adding staff to the area.

Aldermen will meet for a budget assessment session in October.

Then in late fall, or early winter, they will discuss how money should be allocated for an upcoming budget.