Age was nothing but a number at the Girl Scouts’ Big Table Friday, April 20th. 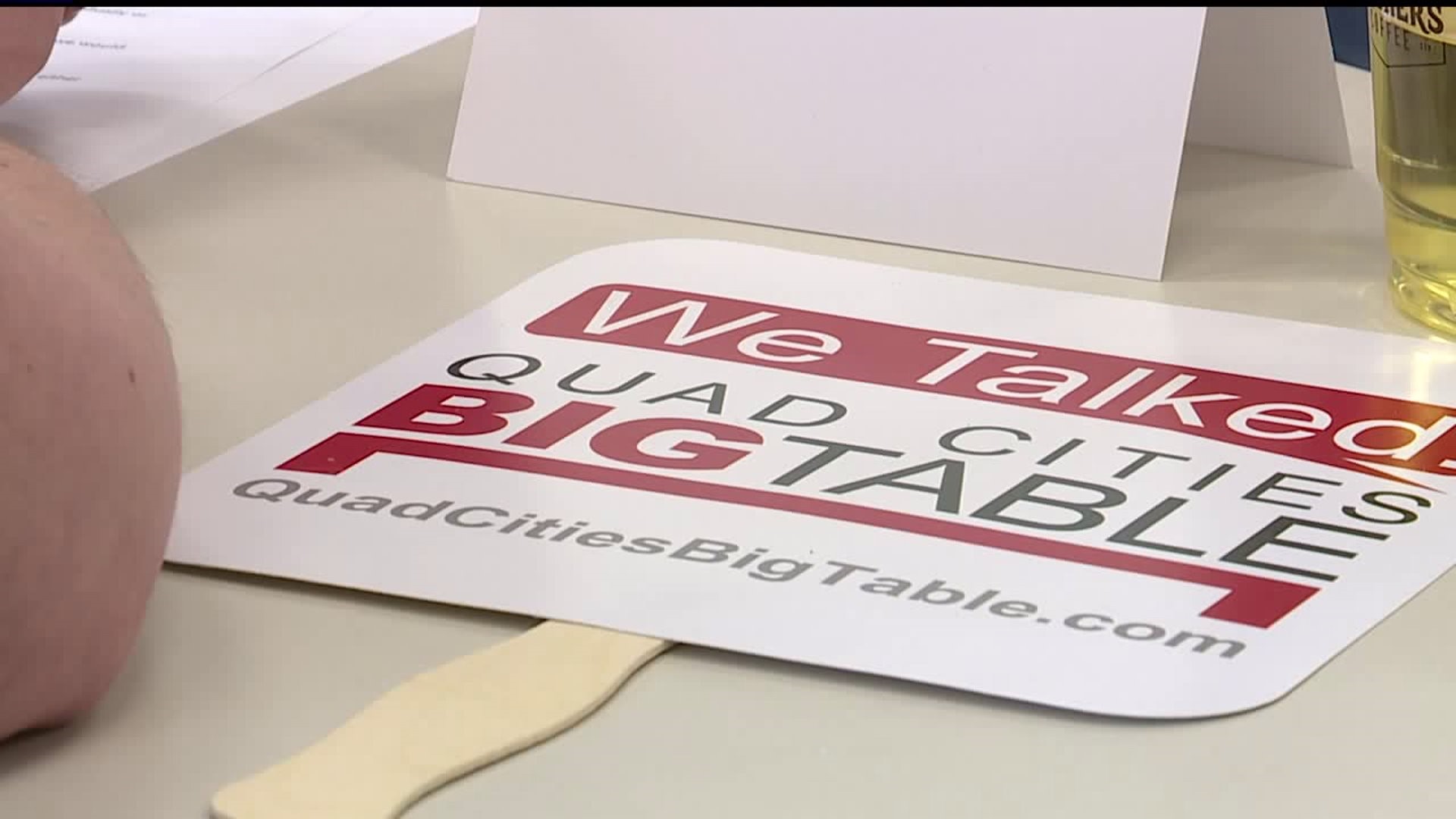 BETTENDORF, Iowa -- Age was nothing but a number at the Girl Scouts' Big Table Friday, April 20th.

The "Big Table" is a community-wide effort to get people in the Quad Cities talking.  More than 5,000 people were expected to take part in the discussions across the area.

Twelve people taking part in the Girls Scouts of Eastern Iowa's table started with an open-ended discussion.  It didn't take long before they started unveiling their biggest concerns and aspirations for the community.

"I look at the younger generation and I want you to stay," said the organization's CEO Diane Nelson.  She opened up a conversation about what it would take to keep the next generation living and working in the Quad Cities.

The group also brainstormed ways to decrease the negative stigma that is carried with mental illnesses.

"Teenagers don't want to tell people like, "Oh I think have depression," because some people feel embarrassed and like it's their fault," said Pleasant Valley student Savannah Ervin.

"I feel like there's a difference in people's minds between physical illness and mental illness," said Pleasant Valley student Sarah Danielson. "Like if they have depression they can somehow do something to make themselves feel better."

Other topics that came up included cell phone use taking over face-to-face conversations.

The table agreed that they would start making changes by getting to know their neighbors and talking to people around them.  The group of 12 talked about hosting block parties as a way to celebrate the community and to get to know people.

Click here to register for an upcoming 'Big Table' discussion.