Vermont Senator Bernie Sanders held back to back events in Davenport on Monday, talking to local union leaders and member in the morning, and then community mem... 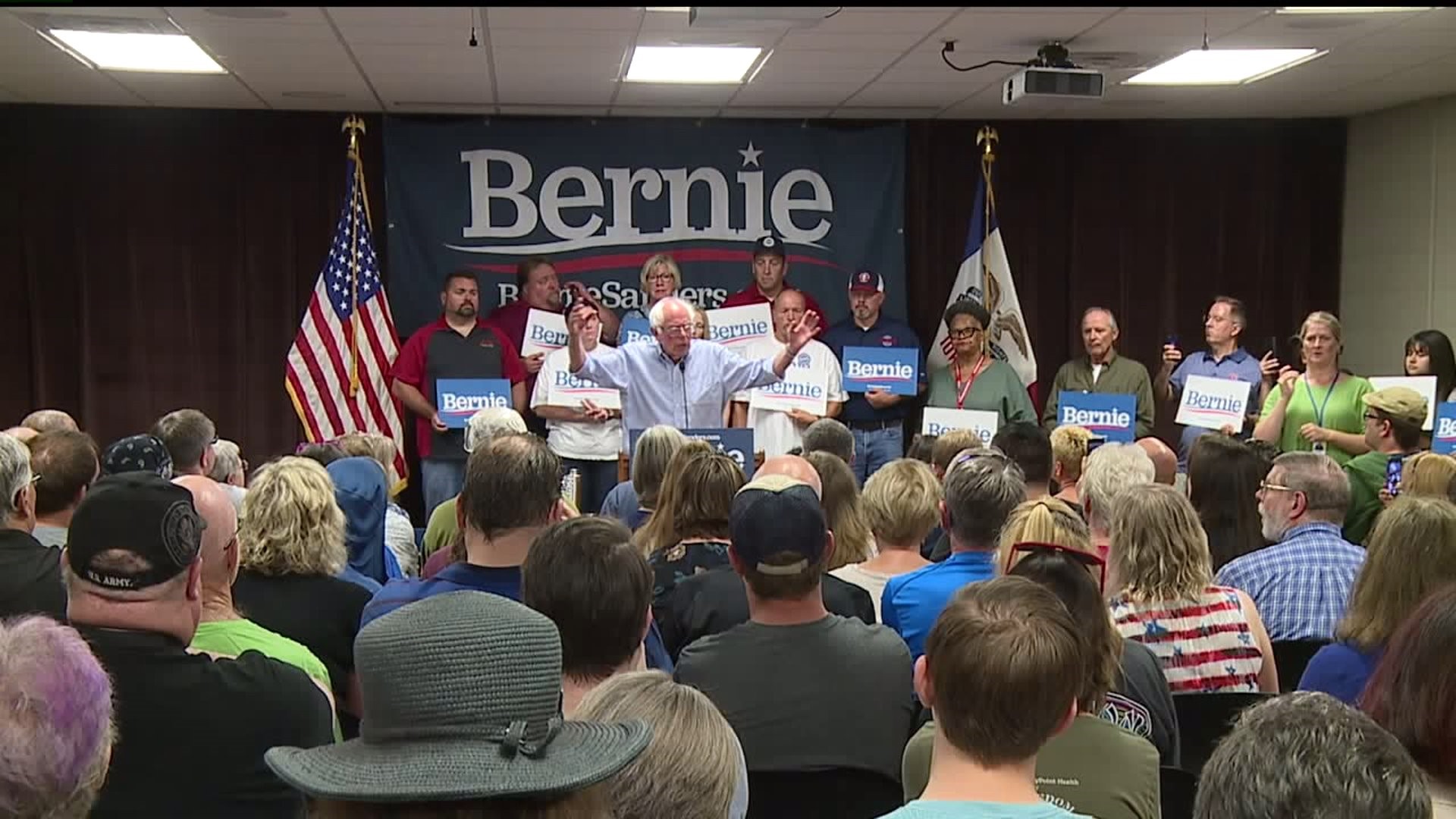 DAVENPORT, Iowa -- Vermont Senator Bernie Sanders held back to back events in Davenport on Monday, the first he spent talking to local union leaders and members in the morning, and then community members and voters.

"Today I’m gonna ask a lot of you," the Democratic presidential candidate said. His call was a special appeal to some of the youngest listeners in the room.

I’m personally really invested in the Democratic Primary right now, rooting for a few different people. I just wanted to come down here for Bernie himself and see what else might have changed in his agenda, and see how the QC are gonna change if he wins.-Garrick Utley

16-year-old Garrick Utley, a junior at Sherrard High School, and his grandmother Kathleen Eckhardt were among the first in line at the Davenport Public Library.

He will be too young to cast a ballot.

But he's already convinced his grandmother to vote for the very first time in 2020.

Senator Sanders says its the concerns of average workers he wants to elevate.

"The average worker today is not making more than he or she did  45 years ago."

His agenda: income inequality, investing in infrastructure, affordable housing, Medicare for all, free tuition, and independence from fossil fuel

No President can do it alone. The only way we can bring about structural change. The only way is when millions of people stand up and demand that change.-Sanders

"I’m going back and forth between Bernie and (Vice President) Joe Biden," said Garrick, "both are really strong, but I'm leaning towards Bernie currently."

Garrick says he has already convinced his grandmother to vote for the very first time in 2020.

Sen. Bernie Sander ends his day today with a softball game at the Field of Dreams in Dyersville