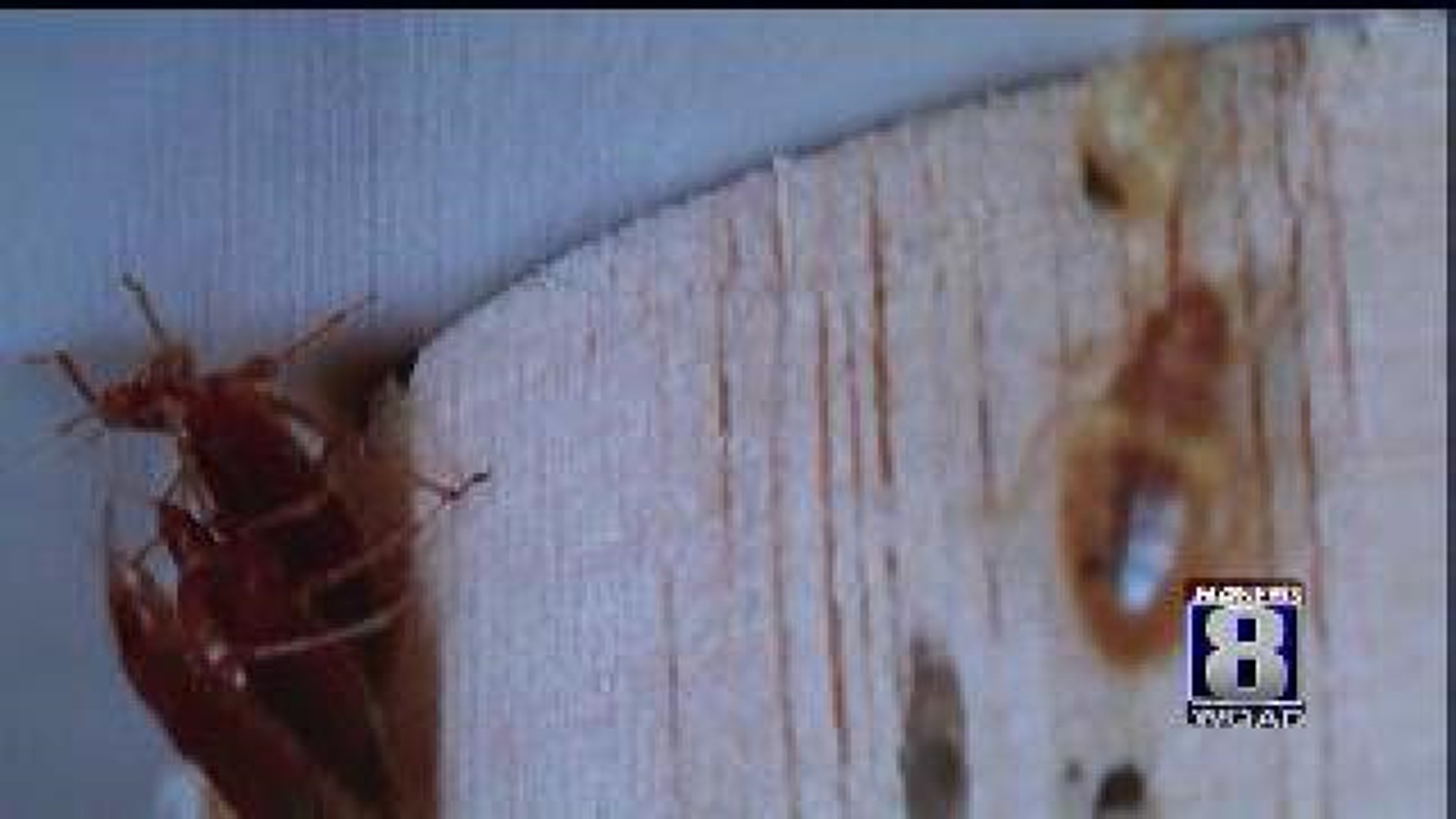 MOLINE - The Moline Housing Authority says that bedbugs have invaded 13 apartments at the Hillside Heights Apartments.

The Moline Housing Authority owns the Hillside Heights Apartments. It claims it's been dealing with bug problems at all three of its apartment locations since February of 2011.

"I saw a couple of them," Hillside Heights tenant Mike Yarbrough said. "I got up, and I threw everything in the bathtub."

Yarbrough says he was bitten by one of the bugs Monday night. He claims the bite felt like a mosquito bite.

Bed bugs live inside the cracks of chairs, couches, and even beds. Yarbrough says he's had to clean his entire apartment since Monday. He's also torn apart his bed and chair to make sure all the bed bugs are gone.

"This is mine," Yarbrough said as he pointed to one of his blankets. "I washed this too."

Yarbrough has dealt with the problem since August of this year. He's kept track on his calendar each time he's dealt with the bugs. He also blames the Moline Housing Authority for not dealing with the situation quicker.

"So it's costing us a lot of money," Moline Housing Authority Director John Afoun said. "For some reason, we have not been able to name the source for which the bed bugs have come back."

Afoun says his department has spent more than $100,000 on the problem at all three of its apartment complexes. Springer Pest Control also was at the Hillside Heights Apartments on Tuesday and cleaned Yarbrough's apartment.

"They came in with the heat treatment," Yarbrough said. "Then we said, 'well, why don't you use spray?'"

Springer Pest Control says bed bugs are often reintroduced to buildings when people come in and out of them often. It say it's at the Hillside Heights Apartment Complex on a regular basis.