Battle over the ballot hearing in Moline postponed, Koranda recuses herself

Objections filed by Mayor Scott Raes against petitions of Mr. Thanksgiving and Acri will be rescheduled 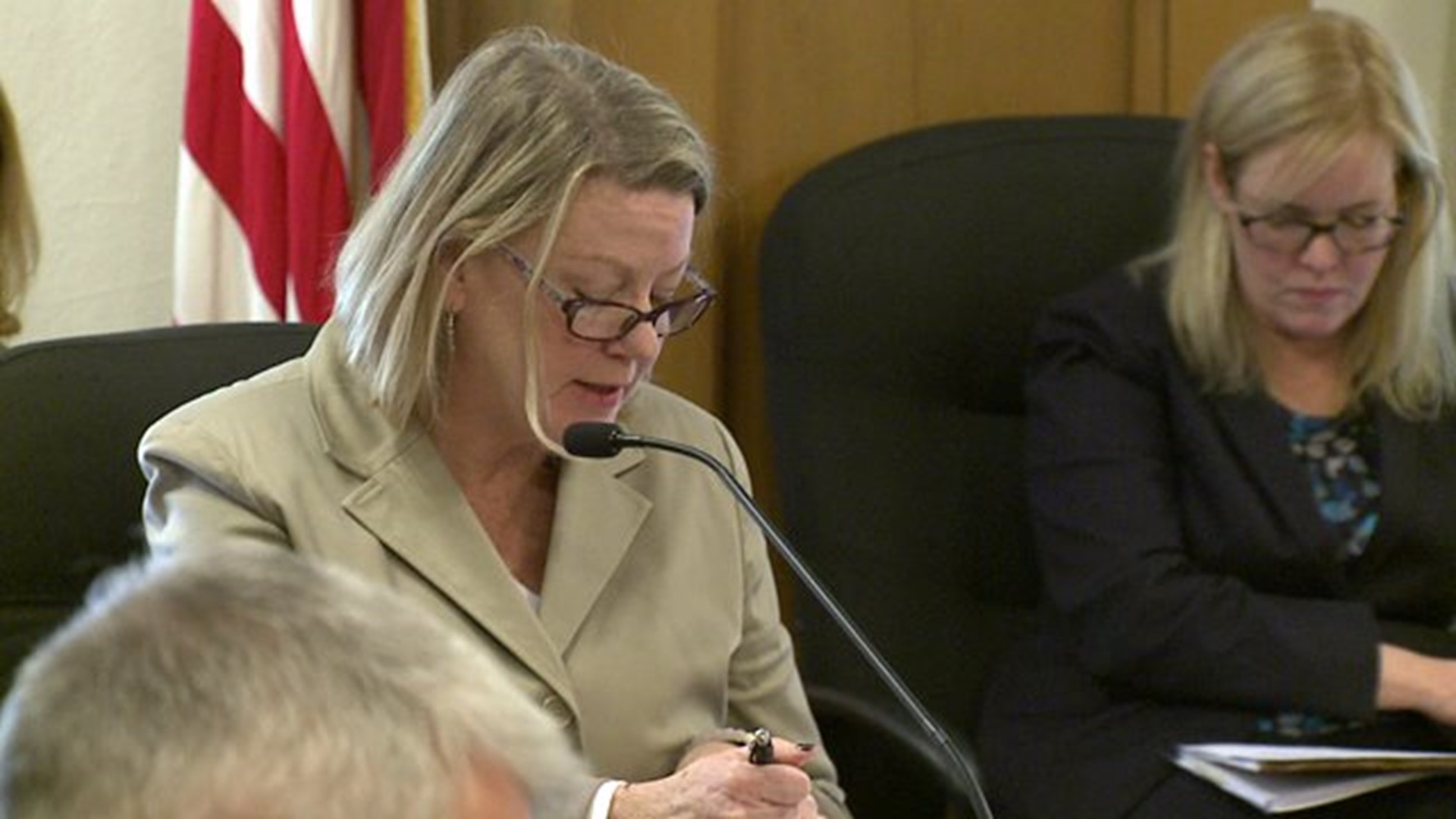 MOLINE -- A Rock Island Circuit Court judge will appoint someone to hear Moline Mayor Scott Raes' objections to the nominating  petitions of his two challengers in the spring election.

A hearing to hear the case was postponed Monday at City Hall, after one of the members of the electoral board, recused herself because attorneys for one of the challengers indicated he will be calling the clerk as a witness.

"Due to the fact I will be called as a witness in these hearings, I hereby recuse myself as a member of this electoral board," said Tracy Koranda, City Clerk of Moline.

With Koranda off the board, Chief Judge Walter Braud will pick a replacement, and the hearing will be rescheduled.

Mayor Scott Raes filed the objections last week against challengers Stephanie Acri and Bob Vogelbaugh. The two did not number their petitions as required by state election law.  They have said the petitions handed out by the clerk were flawed and unclear.

Acri has hired attorney Bob Waterman to state her case.

"The position is she substantially complied with the election code and we believe case law supports that and we're going to ask the board to overrule the objection," Waterman told us after today's meeting, which lasted about 6 minutes.