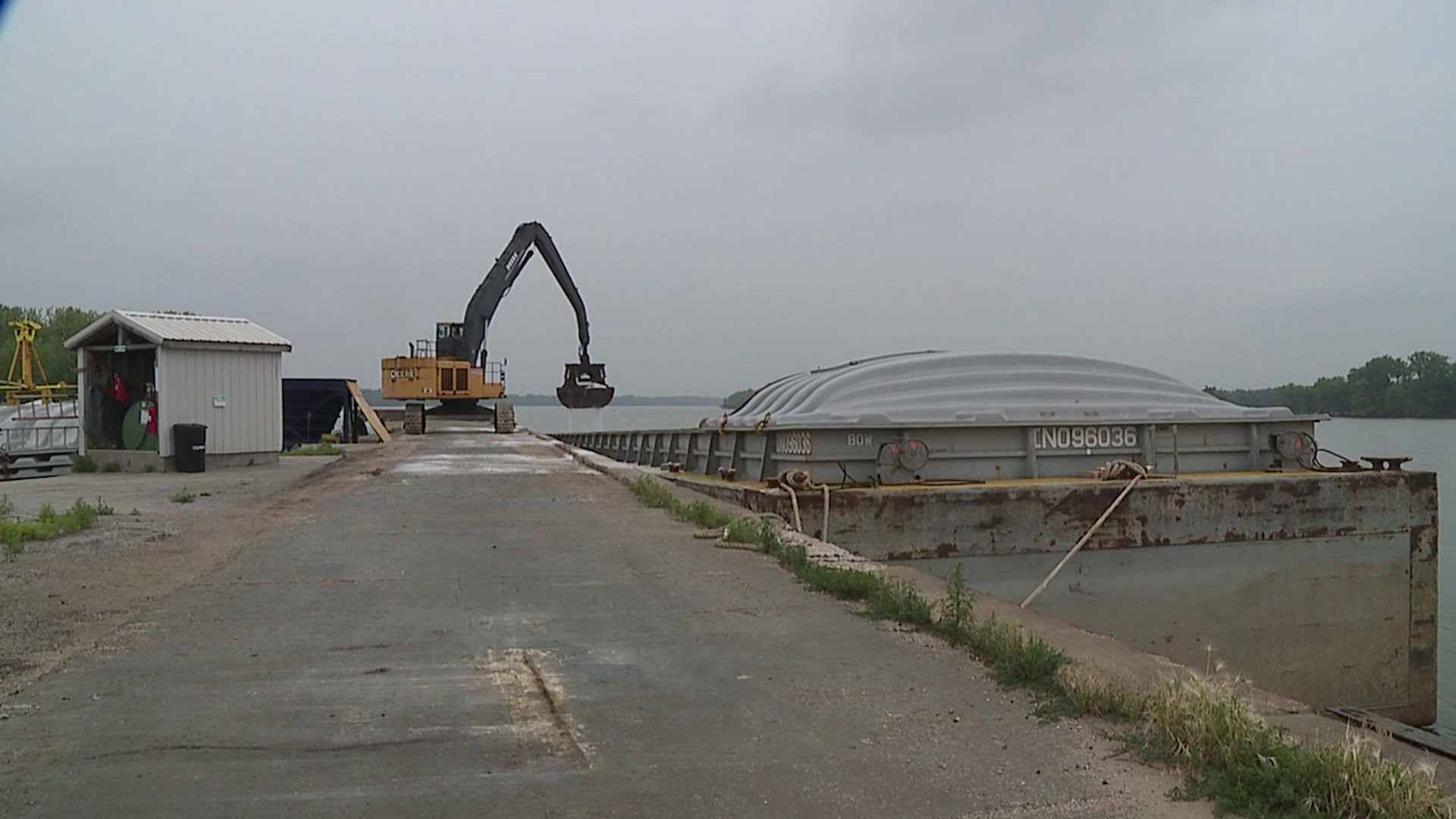 It was another cloudy and drizzly day at the Alter Logistics dock in Rock Island on Wednesday, where workers could be seen unloading road salt off a barge from St. Louis.

"Now that we're getting some salt barges and fertilizer barges in, it's definitely picking up," said warehouseman Adam Houston from a front-end loader at the dock. "And it feels good -- helps your day pass by a lot quicker," he said.

Since March, only a small handful of barges has come through here, when it should be about one per day in the spring.

"We're going to be so busy -- we're going to have barge after barge this summer," said TJ Houston, another warehouseman who also happens to be Adam's brother. "Like I said, we've been waiting for so long that these barges are just waiting for us now," he said.

Tom Heinold, Chief of Operations of the Rock Island District of the Army Corps of Engineers said the locks had been closed longer this year due to flooding on the Mississippi main stem than in any other year in history.

"So this is not a good deal for any of us," Heinold said.

In the meantime, trucks and trains have picked up some of the slack, but Heinold says that nothing compares to the capacity of an average 1200 foot tow with 15 barges.

"That amount of volume is equivalent to somewhere in the neighborhood of 1,000 tractor-trailer trucks," he said.

"I`d say they`re definitely important and I`d say it makes a big difference," said Adam Houston. "And you can tell from the farmers to the truck drivers and everybody it affects around here," he said.