This week Mattel introduced dolls in two separate series of Barbies: “Inspiring Women,” based on historical figures, and new additions to its “... 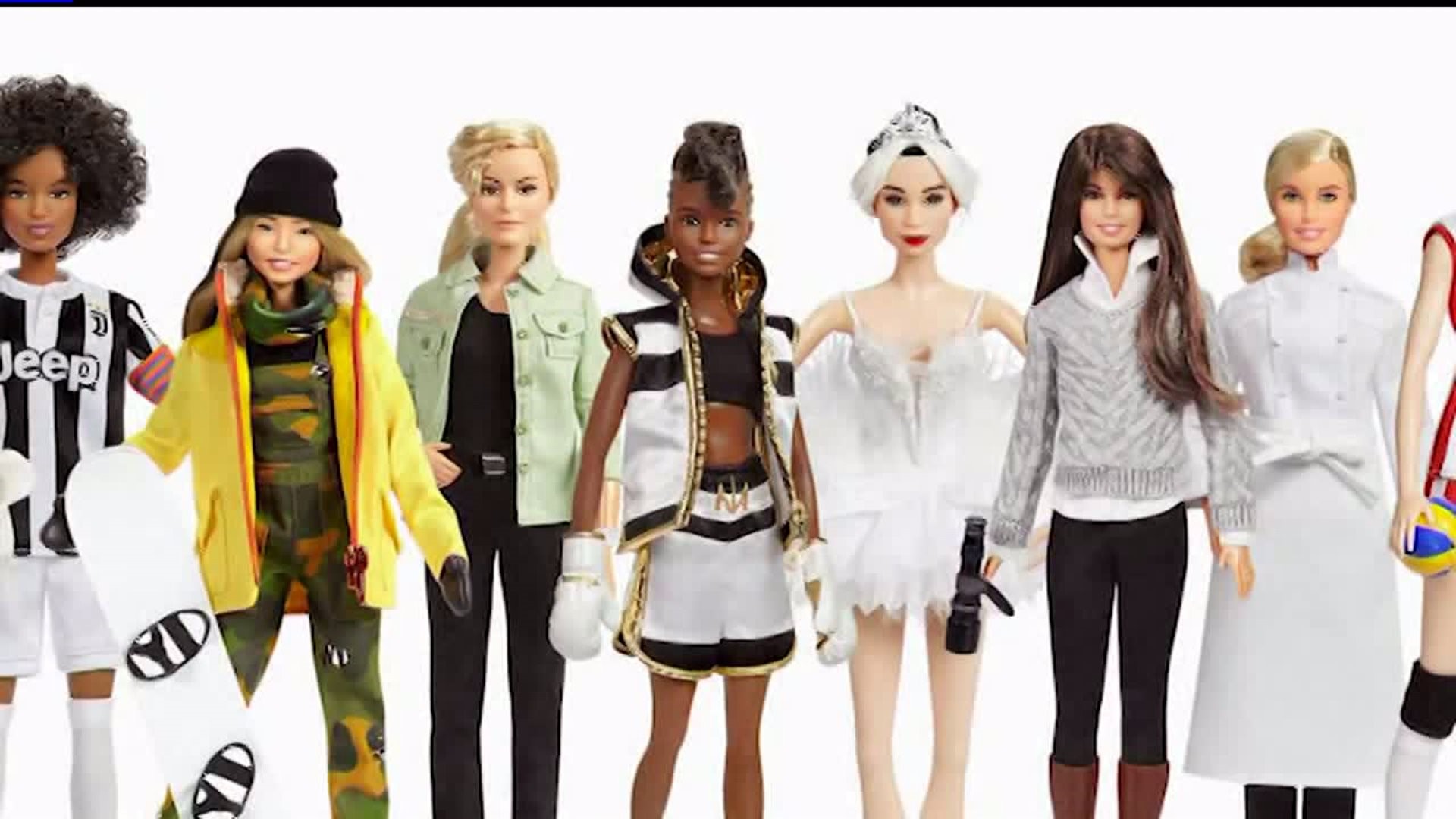 Barbie dolls have long inspired young girls with their beauty and fashion sense. Now, they're inspiring them with their brains and bravado, too.

On Tuesday, just ahead of International Women's Day, Barbie introduced a batch of new dolls based on real-life figures.

The new dolls came after Mattel, maker of Barbie, conducted a survey of 8,000 mothers around the globe and found that 86% are worried about the kind of role models their daughters are exposed to.

With 86% of US moms worried about the type of role models their daughters are exposed to, we are committed to shining a light on empowering female role models in an effort to inspire more girls.

"Girls have always been able to play out different roles and careers with Barbie and we are thrilled to shine a light on real-life role models to remind them that they can be anything," wrote Lisa McKnight, senior vice president and general manager of Barbie, in a news release.

This week Mattel introduced dolls in two separate series of Barbies: "Inspiring Women," based on historical figures, and new additions to its "Shero" line of dolls named for inspirational contemporary women.

Both lines reflect the Barbie brand's highest honor: a one-of-a-kind doll made in a real woman's likeness.

In honor of #InternationalWomensDay, we are committed to shining a light on empowering female role models past and present in an effort to inspire more girls.

The "Inspiring Women" dolls come with educational information about the contributions each woman made to society.

One is Amelia Earhart, the first female aviator to fly across the Atlantic Ocean. Frida Kahlo, the renowned Mexican artist and activist, will be another.

Barbie will also honor Katherine Johnson, a pioneer in mathematics who broke barriers of race and gender. One of the characters in the hit movie "Hidden Figures," Johnson was among a pool of women hired by NASA to work as human "computers" for the first US-manned flight into space.

Although the "Inspiring Women" series only has three dolls so far, it will grow with the release of new dolls, said Marissa Beck, spokeswoman for Mattel.

"The Inspiring Women Series pays tribute to incredible heroines of their time; courageous women who took risks, changed rules, and paved the way for generations of girls to dream bigger than ever before," Beck wrote in an email to CNN.

Barbie's "Shero" program began in 2015 to highlight real women who have broken boundaries in their field.

This week, Barbie released 14 new Shero dolls, including ones based on "Wonder Woman" director Patty Jenkins and US snowboarder Chloe Kim, who just won a gold medal at the 2018 Winter Games in Pyeongchang. Other Shero dolls honor fashion designers, journalists, actresses, and entrepreneurs.

The dolls will start to roll out to stores nationwide soon but are currently for pre-sale now on the Barbie website.