The Backwater Gamblers are celebrating a big milestone and there’s no sign they are slowing down. 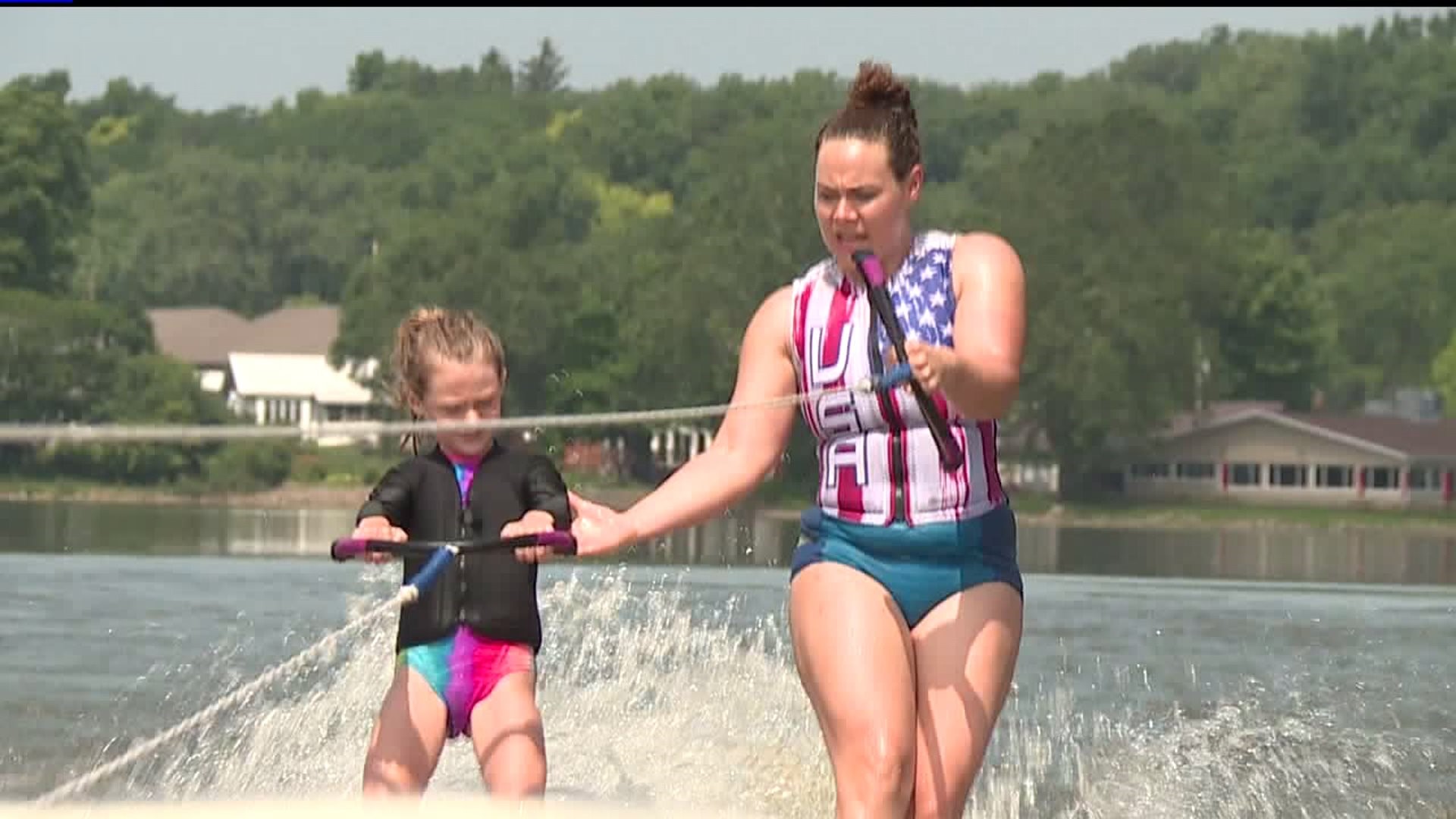 ROCK ISLAND, Illinois -- The Backwater Gamblers, a Quad Cities water ski show team, celebrated 40 years of community, with more than a hundred members, past and present, reuniting at their ski site in Rock Island on Saturday.

Not even Randy Heggen, one of the club's founding members, ever imagined the group would last this long: "None of us could have ever imagined it would turn into the huge successful longterm community organization that it has. It exceeded our expectations wildly."

Heggen skied in the first ever water ski show on September 30, 1980. But the club was formed with a competitive spirit, he said. "The main goal was to get the show to the point where we could compete in the national championship."

Success came a few years later: "We competed in the national tournament every year since probably 1984."

Longtime member Susan Michelle Jetsen had been working Facebook to reach members from years past. Some came back to the Quad Cities for the anniversary gathering from as far as Florida.

"I’m really excited because there’s a lot of people I haven’t seen for some 35 years," she said. Jetsen has been skiing with the Backwater Gamblers for 38 years and she is still performing to this day.

"I’m still allowed to do pyramids, so I’m allowed to take off on a guy's shoulder. I can still build the pyramid," she shared.

And new members are always joining. Trista Foster, a member in her 29th season, is now teaching her seven-year-old daughter Audrey.

'We joined her as a member when she was born. We took her out when she was 18-20 months old, we had a little inflatable ski that she went on behind the boat. She has fallen in love since," mom said.

And the whole family is now involved, including Foster's parents, sisters, their husbands and her toddler son.

"It’s a great organization for families," she said. "You can’t think of any other sports where you can do it with multiple generations," she said, adding that the other hundred or so members of the club have become just like family too.

It's members like her that have kept the water ski team going strong.

"We try to teach them young and hopefully they’ll all love it as much as we all do," she said.

Heggen agreed: "It’s very exciting, there’s a lot of people learning at a very young age, and they’re learning in the best environment that they possibly could."

The Backwater Gamblers have faced some challenges this year as the prolonged flood season prevented them from getting into the water to train and perform. The team has only been able to host three shows so far, with shows scheduled for every Wednesday and Sunday at 6:30 p.m until Labor Day.  The shows are free of charge.