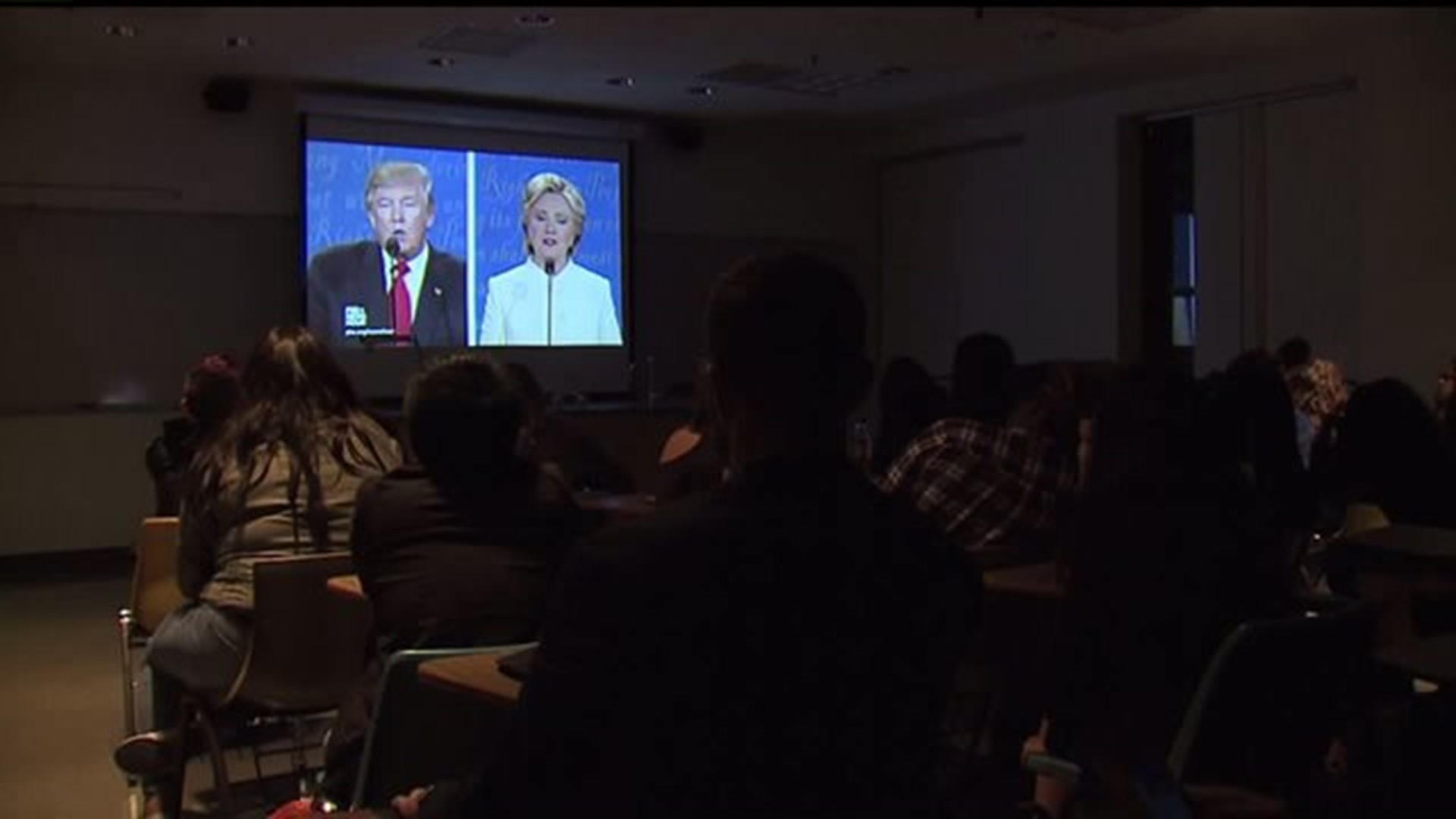 Augustana college students stayed late on campus to watch the candidates battle it out for the last time.

“I think getting acquainted with the politicians and what their issues are is important for making and informed decision on Election Day,” Kirk Kreiter, President of College Democrats at Augustana.

“I feel like they both tend to strand off a lot and dodge the questions a lot so I'd really like for them to just answer them,” said Independent voter, Damien Lawless.

Candidates debated on topics about abortion, the economy and immigration. Students say the issues discussed will help their decision as they head to the polls for the first time.

“I know people think that one vote doesn't matter but if everyone voted it would be a big difference,” says Republican, Kathryn Clark

After the debate, some students felt candidates did a better job focusing on the issues, while others say it still wasn’t enough. Student’s also say this debate helped them make up their minds on who they plan to vote for on November 8th.