Naming a child or a puppy is so basic, why not name one of Saturn’s moons? 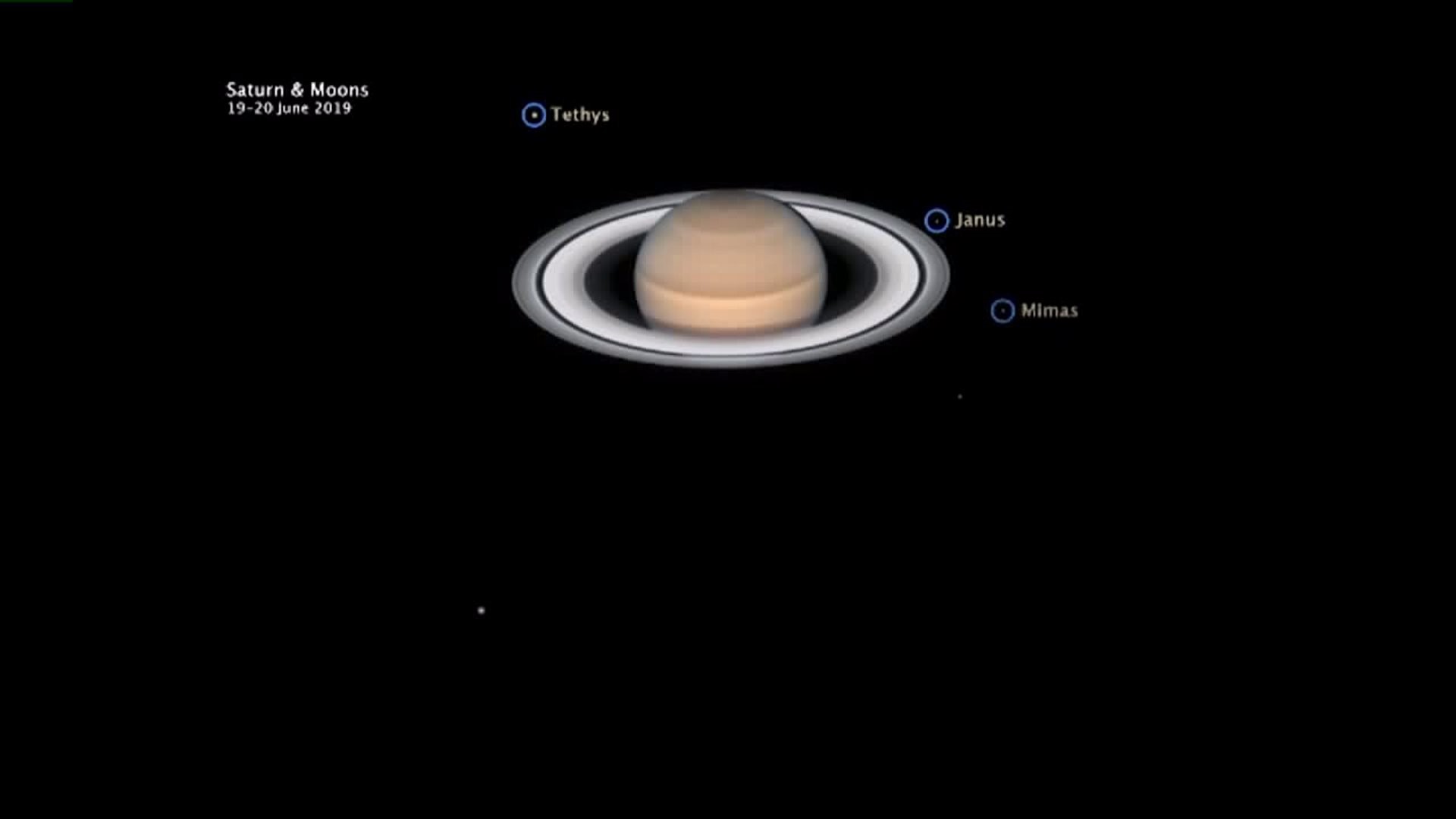 (CNN) -- The discovery of 20 previously unknown moons around Saturn has helped the ring planet surpass all others in our solar system, according to the International Astronomical Union's Minor Planet Center. It now has 82 known moons; Jupiter has 79.

The moons are all similar in size, spanning about three miles across. But 17 of the 20 have a retrograde orbit of Saturn, meaning they essentially orbit backwards from the planet and other moons.

"Using some of the largest telescopes in the world, we are now completing the inventory of small moons around the giant planets," Sheppard said. "They play a crucial role in helping us determine how our Solar System's planets formed and evolved."

Hi friends! I'm back with a new handle, because we've got a whopping 20 newly discovered moons of Saturn to name. Please help us! https://t.co/DisqBWBZ0D

"Studying the orbits of these moons can reveal their origins, as well as information about the conditions surrounding Saturn at the time of its formation," Sheppard said.

These outer moons fall into three categories, based on the angle of their orbit. The outermost group, which includes two of the pro-grade moons, has an orbit angled at 46 degrees and are named after Inuit mythology. The researchers believe all of these moons may have once been part of a larger moon that broke apart.

The retrograde moons were also likely part of a larger body, and their name are derived from Norse mythology.

One of the prograde moons has an angle of 36 degrees, similar to the other prograde moons close to Saturn named for Gallic mythology. But the newly discovered moon is farther out than the others. It may be part of the inner moon family or its orbit was affected, pushing it further out.

"This kind of grouping of outer moons is also seen around Jupiter, indicating violent collisions occurred between moons in the Saturnian system or with outside objects such as passing asteroids or comets," Sheppard said.

Studying the orbits of these moons helps researchers reconstruct Saturn's past. For example, if a large moon broke apart to create the smaller moon clusters and interacted with gas and dust, they could have been drawn towards Saturn.

"In the Solar System's youth, the Sun was surrounded by a rotating disk of gas and dust from which the planets were born. It is believed that a similar gas-and-dust disk surrounded Saturn during its formation," Sheppard said.

"The fact that these newly discovered moons were able to continue orbiting Saturn after their parent moons broke apart indicates that these collisions occurred after the planet formation process was mostly complete and the disks were no longer a factor."

Wanna name one of Saturn's moons?

What's more, you -- yes, you -- can help name the new moons. The contest opens Monday and will close on December 6.

"I was so thrilled with the amount of public engagement over the Jupiter moon-naming contest that we've decided to do another one to name these newly discovered Saturnian moons," Sheppard said. "This time, the moons must be named after giants from Norse, Gallic or Inuit mythology."