Arrest made in connection with Rock Island courthouse vandalism

Police said Barona was found inside the courthouse security office. 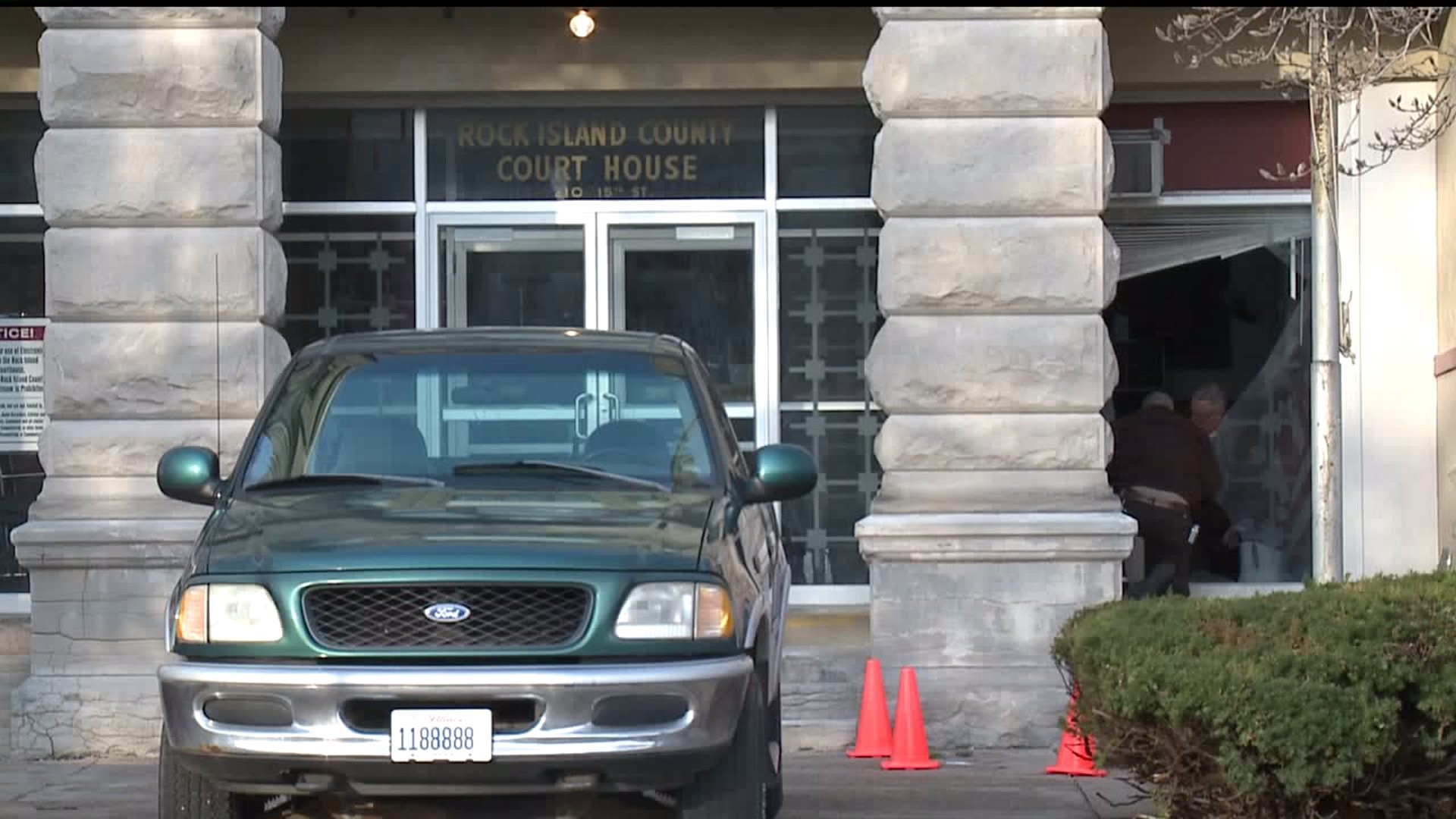 ROCK ISLAND -- Police have arrested a man they say broke out a window at the Rock Island County Courthouse and proceeded to damage a security office inside the building.

Flavio Barona Jr., 19, is in custody and facing charges of burglary and criminal damage, according to police. According to a release from the Rock Island County Sheriff's office, Barona entered the building around 7 a.m. on Monday, March 20 via the window he broke and proceeded to enter the building and destroy property inside the security office. Police did not indicate what motive Barona may have had for ransacking the office.

Barona had been reported as missing on the Facebook page of the Quad Cities Missing Persons Network over the weekend. Those posts were updated to indicate he'd been found and was safe on Monday afternoon.

The investigation is ongoing and Barona is scheduled for a first court appearance at 1 p.m. on March 21.