Another round of snow is on the way. Here’s how much you’ll have to remove. 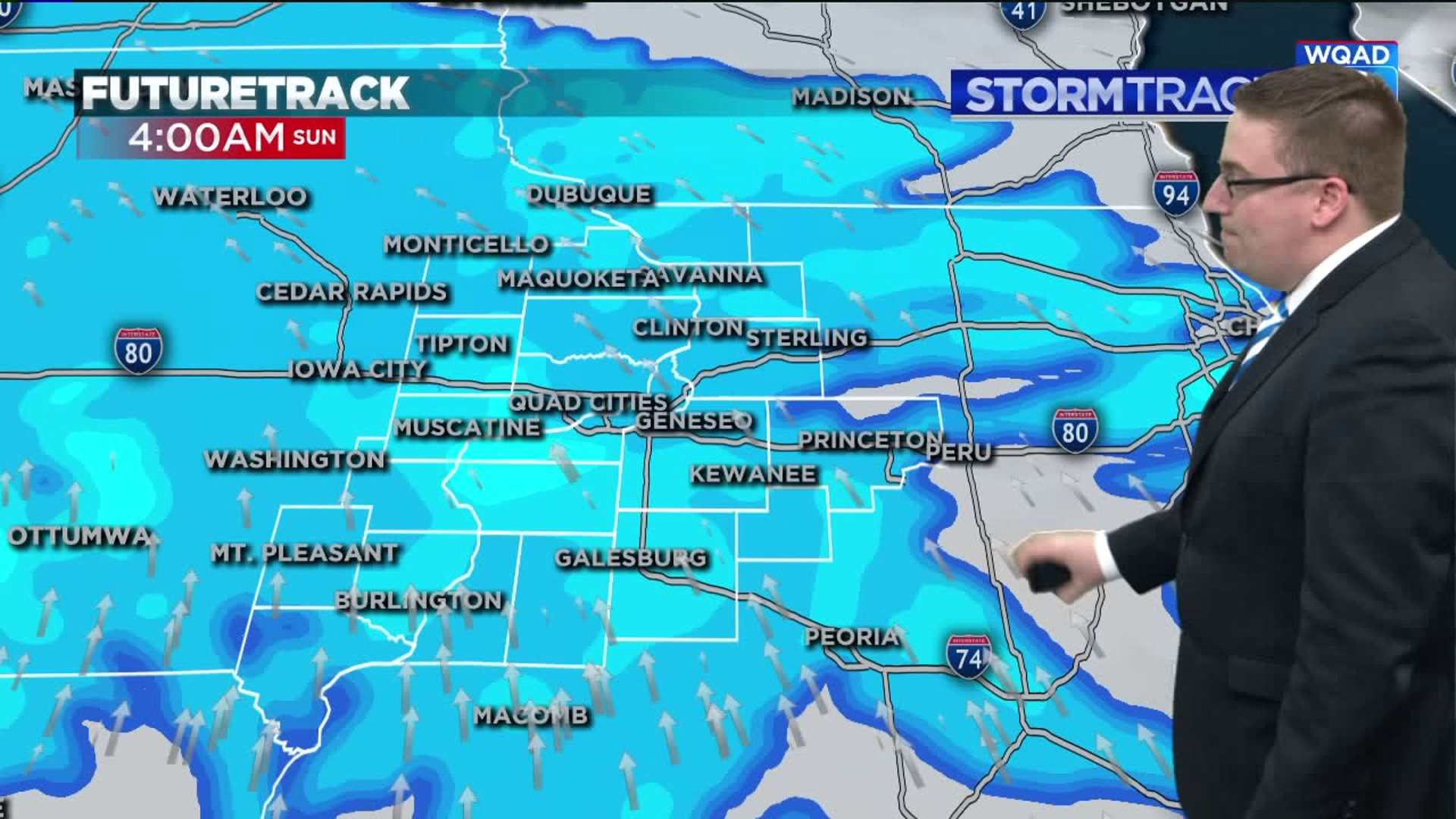 Gas up the snowblower and grab your favorite shovel! Snow, light to moderate at times will continue through much of Sunday. A Winter Weather Advisory remains in effect until midnight Monday morning.

The one positive thing about this system? We won't be dealing with any nasty ice. All of the precipitation will remain in the form of snow. It will still have some moderate impacts on travel, with snow-covered roads likely.  Winds around 15 MPH will create some minor blowing/drifting in rural areas.

Snowfall amounts from this system will remain fairly uniform across the region. East of the Quad Cities amounts of two to four inches is likely, stretching from Sterling/Rock Falls, to Geneseo, to Galesburg. Further to the west, where a bit more forcing is expected to take place, amounts of four to six inches are likely from the Quad Cities to Muscatine to Mount Pleasant.

This will be a light to moderately heavy type of snowfall with temperatures remaining in the middle 20s through the event. It will certainly stick to many roadways and cause a few travel issues as we finish out of the weekend. The snow will come to an end by Sunday evening and I think much of the Monday morning commute will be in fairly good shape, especially main roads. Residential and side streets will continue to be impacted until crews can reach them on Monday.