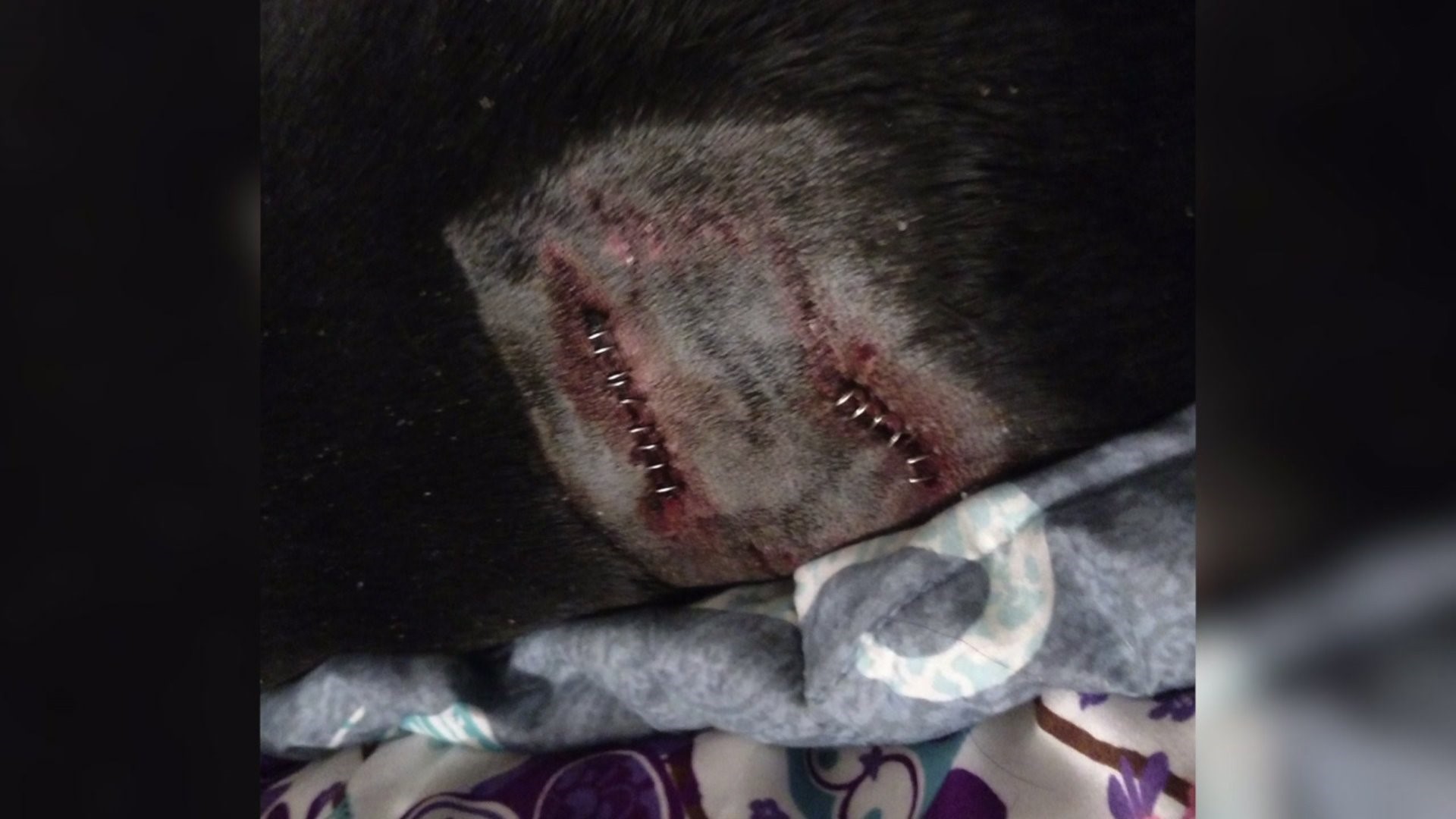 ROCK ISLAND-A Rock Island rescue dog is recovering after a brutal attack by three other dogs in a city park.

And, the owner of the injured dog, named Max, says police and animal control need to find the other dogs' owners to make sure it doesn't happen again.

"He, (Max), got attacked savagely by a pit bull, a great dane, and a mastiff. Biting, fighting, they tore him apart," said Michael Mato, a longtime employee of the Blue Cat Brew Pub in Rock Island.

Max needed 65 staples and another ten stitches to close the wounds. He then developed an abscess, and required four different procedures by the veterinarian. The vet bill is approaching $2,000.

It happened in January at Hauberg Park.

"They are three aggressive dogs. They came running up, out of the blue" said Mato's room mate, Lance Adrian, who was in the park with Max.

"I hovered over Max and locked my arm down, and was able to put my body over him," Adrian said. The dogs did not go after him, only Max.

None of the dogs, including Max were on a leash.

A couple, the owners of the three dogs, fled the area after the attack, and did not report the incident to police.

"They took their dogs, and left like cowards," Mato said.

Mato and his room mate posted the incident on Facebook, and have received tips about the owners and the dogs, and have forward the information to Animal Control.

Mato says there needs to be some action taken, before the dogs attack again.

"I don't want to see the dogs killed, I am a big dog lover. But, they have to be responsible for the way they raise their pets. My concern is if it would have been summer. It wouldn't have been my dog, it would have been somebody's kid. There's a playground there," Mato said.

"Max is a lover. You can see, he's the friendliest dog in the world. He doesn't know the difference between good and bad dogs. And, there are no bad dogs. There are bad owners," he said.