GALVA, Illinois — An Amtrak train collided with a semi on the tracks near Galva, Illinois, according to a spokesperson from Amtrak.  The train was delayed and p... 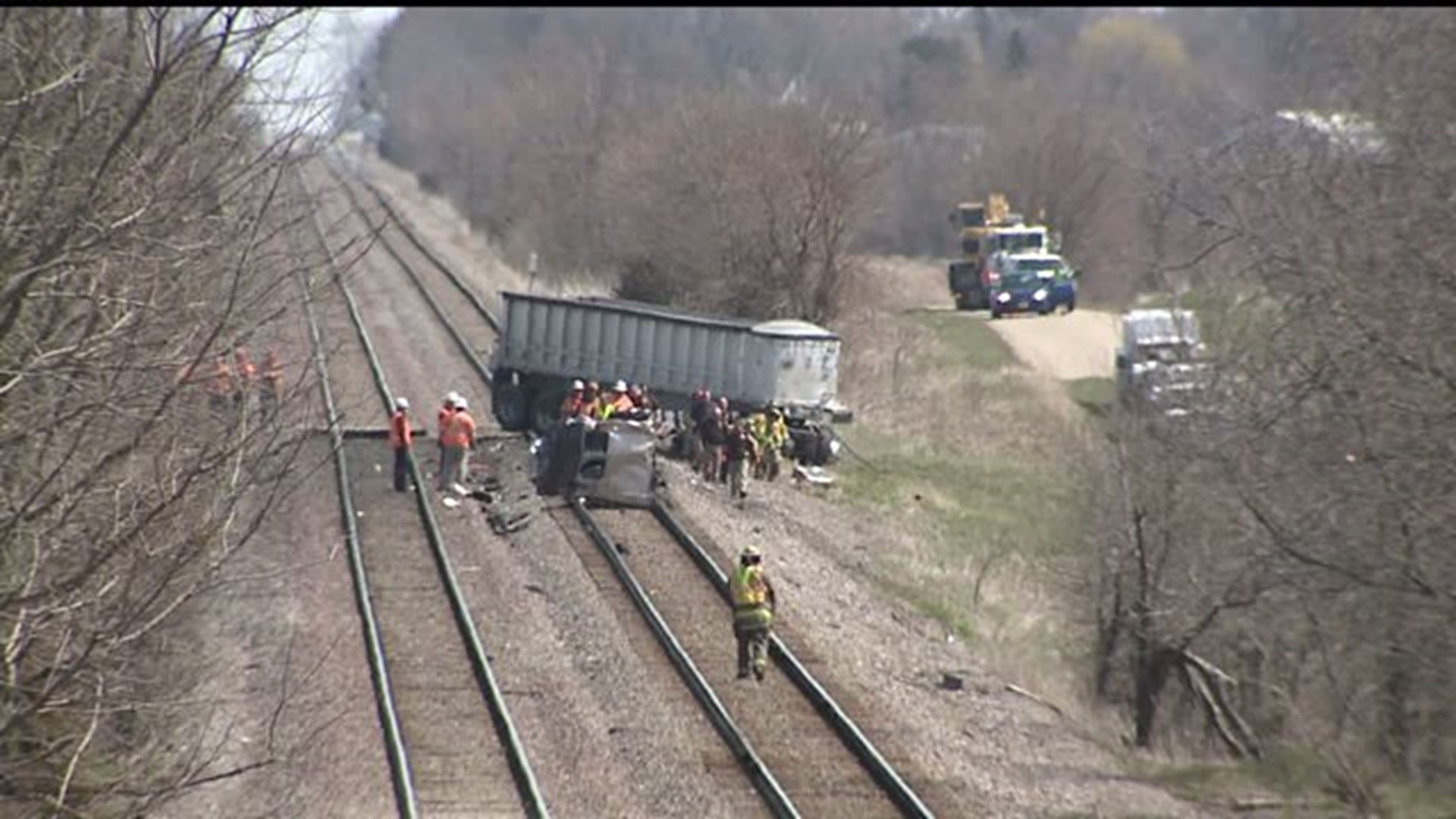 GALVA, Illinois — An Amtrak train collided with a semi on the tracks near Galva, Illinois, according to a spokesperson from Amtrak.  The train was delayed and passengers were transported away from the scene via bus.

The collision involved train 381, which travels from Quincy to Chicago daily, the spokesperson said.  It happened at a private crossing with two stop signs around 10 a.m. on Thursday, April 14, 2016.

Jamie Walton was a passenger on the Amtrak train traveling from Chicago to Macomb, Illinois. She was sleeping when the train collided with the semi.

"The whole thing just shook and everything just started flying, I mean I thought like a bomb went off or something," said Walton.

A wrecked semi surrounded by crew members could be seen further down the tracks after the incident.

Another passenger on the Amtrak train, Eshe Porter wasn't sure what was going on when she heard and felt the impact.

"[The collision]was just like we were running over something, I didn’t know what it was, I thought like something was wrong with the tracks I didn’t think we actually hit something," said Porter.

There were 46 passengers and four crew members on the train.  The spokesperson said there were no reports of injuries to anyone on board.

The man driving the semi that was hauling grain has died, officials confirmed Thursday afternoon.

Around noon, buses were on scene to pick up passengers that were on the Amtrak train.

The train's status on Amtrak's website was listed as unavailable.

Stay with News 8 for updates as information becomes available.