AmeriCorps teach local 3rd graders how to plant their own food 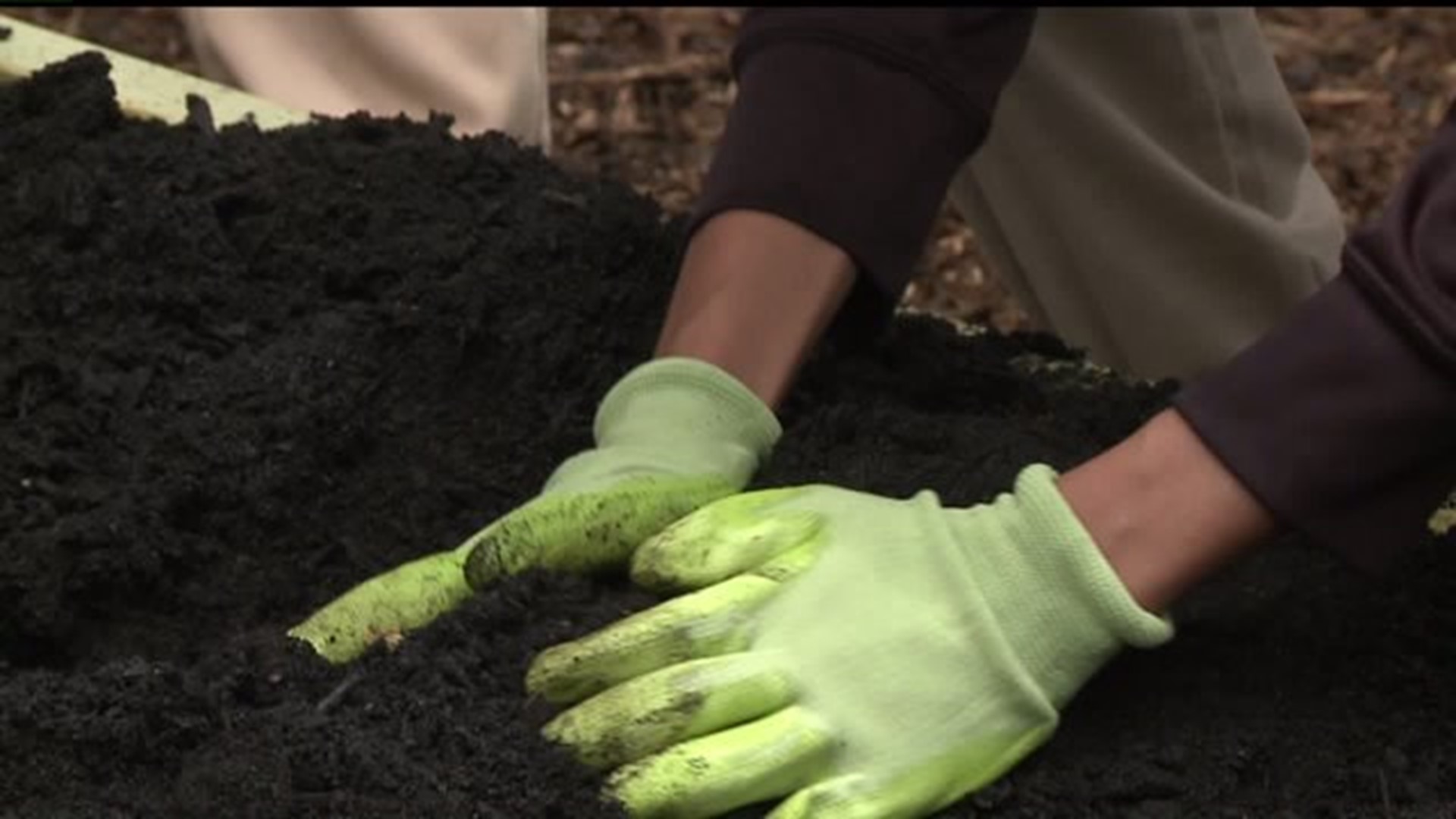 Grace Griffin became a naturalist for the Iowa AmeriCorps 4-H Outreach at Nahant Marsh after graduating from Iowa State University. She, along with two other naturalists, Jenna Skopek and Cassidy Piersall have been visiting Frances Willard Elementary school once a month for seven months for a service project.

The project is intended to be youth planned, led, and executed. Students at Frances Willard threw out a couple ideas for a project to help make their school better, but when Griffin suggested planting a garden, the students eyes lit up. Griffin said that the garden project teaches the children stewardship and connects them to their environment.

Over $500 in cash and supplies was donated by the community for the garden, which is planted on the side of Frances Willard.

The end goal of the project is for the students to be able to snack on the food they grow. The students are a part of the Spring Forward afterschool program. The AmeriCorps Naturalists have coordinated with Frances Willard administration for the garden project.

Four gardens were planted. A salsa garden, with peppers and onions, fruit and vegetable beds, and a three-sisters garden, in which maize was planted as a side lesson about Native American history.

For Griffin, teaching the children how to grow their own food is a rewarding process.

"The first time they see a strawberry or anything like that it's going to be awesome," Griffin said.

The plants were picked-out strategically so that they ripen throughout the spring, summer and fall so that the students can always have a food item to observe in their gardens. Marigolds were planted along the outsides of the plant beds to ward off harmful insects.

Sixth graders at Frances Willard are also working with the AmeriCorps Naturalists. They are in charge of running a compost bin from excess food and compostable waste created during the school's lunch period.