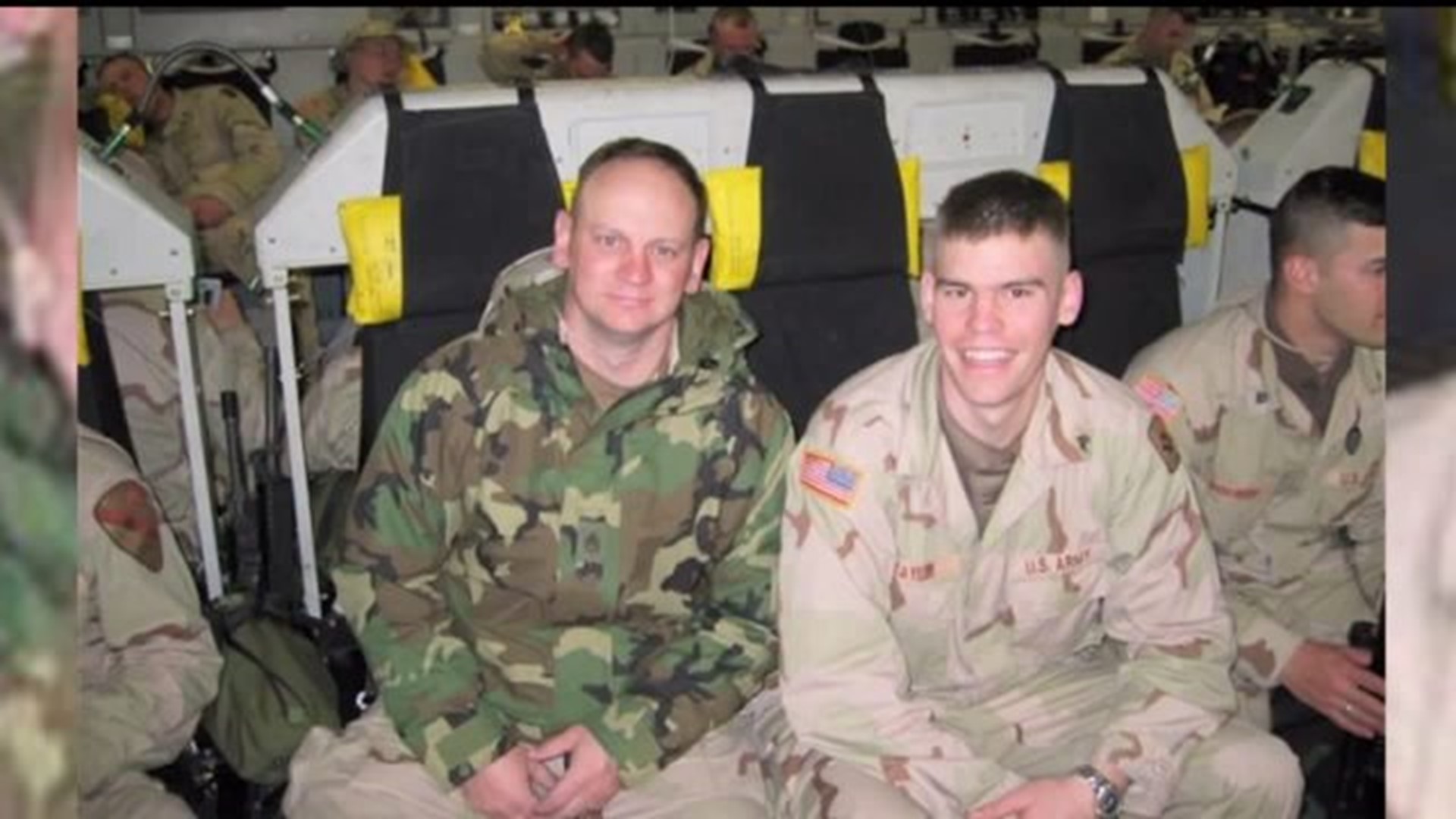 KEWANEE, Illinois — When John Taylor was 22 years old, he deployed to Iraq from 2004 to 2005.  Now, 12 years later, he's trying to bring an Iraqi interpreter who he says saved his life, to the United States.

"What I really want, in the end is for some sort of legislation to go through that allows for these people to get into some sort of program," said Taylor, an E-5 Staff Sergeant with the F/202 Air Defense Artillery unit, 1st Calvary Division, based out of Galva, Illinois.

Taylor's quest started 11 months ago, when he received a phone call with news that "Jaguar" was still alive. Jaguar is the nickname for one of the interpreters whom Taylor first got to know while patrolling the area west of Baghdad, Iraq.

"Really from day one, we had an interpreter or interpreters that we were working with," said Taylor.

Interpreters like Jaguar helped Taylor's unit communicate with the locals, picking up on body language and gestures that would otherwise go unnoticed to Americans.

But the risk of helping U.S. troops is high. Take it from a man who knows from experience.

"You will be immediately labeled as a traitor as soon as you work with the U.S. because you're working with technically the invader," said Majid Jabber, who is from Iraq and worked as an interpreter for U.S. troops for four years.

In Iraq, after working with American troops during the day, Jabber would get into his car and drive home. It's during that commute when Jabber says his job was most dangerous.

"When our shift is done or our mission is done, the soldiers can go back to the base, yet we will go home and that is the tricky part," said Jabber, who says he survived three or four assassination attempts by insurgents who wanted him dead for helping the Americans.

Taylor and Jabber agree, many interpreters wind-up dead. That's why when Taylor heard the news that Jaguar was still alive, it blew his mind.

Taylor thought it had to be a scam, so he insisted he get Jaguar on the phone. After a Skype session, sure enough, Jaguar was alive and living in Iraq, but not doing well.

"The life that he is living isn't much of a life at all," said Taylor.  "He's in hiding, he can't work. He really can't leave the area he's staying at."

It's that emotional phone call that prompted Taylor to take action. He began calling senators, congressman, fellow soldiers who knew of success stories of getting these interpreters to the United States.

"The big thing I've heard from people who have been successful is, it pretty much takes some act of congress to make it happen, which is insane," said Taylor.

According to Taylor, Jaguar submitted an application through the International Organization of Immigration for refugee status, but it's been pending since 2011.

"I think these people who have actually given something and made sacrifices in the name of the United States, in my mind, they should go to the front of the line," said Taylor, who now lives in Cambridge, Illinois.

"Go ahead and put them through some sort of background check and verify they are who they say they are, but just to allow them to have the opportunity to get out of the situation that they're in," said Taylor.

Taylor has also applied to get Jaguar to the United States via Humanitarian Parole, putting up his own money to do so.

He says one way or other, he's going to get Jaguar to the United States, but the process of getting Jaguar and other translators like him to a life of freedom in the United States is too difficult.