Aledo’s July 4th tradition: Something to croak about

Jim Anderson provided about 100 frogs for race participants who didn’t have their own frog. 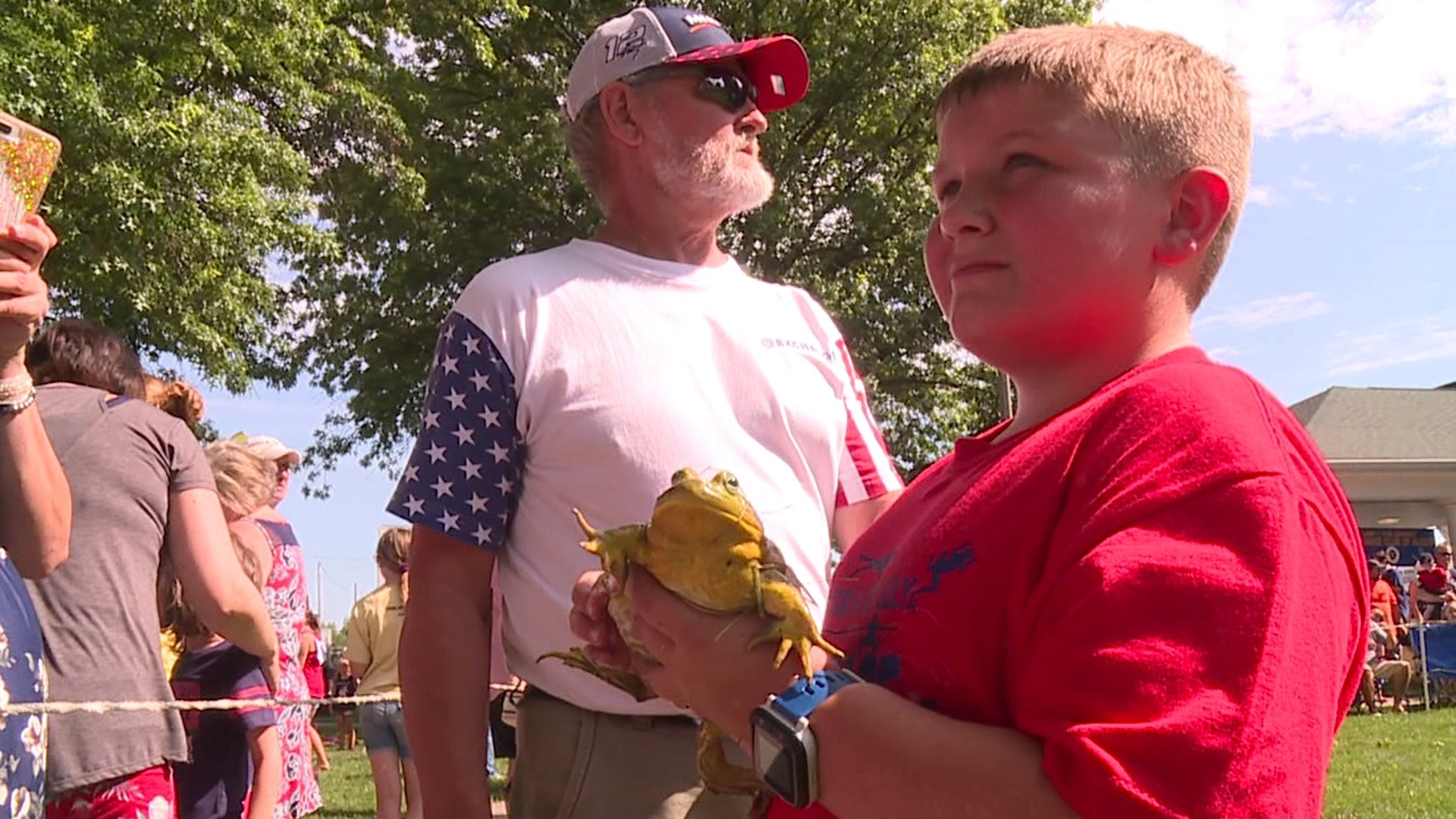 ALEDO, Illinois -- Things were hopping on July 4 in Aledo with locals and out-of-towners, toddlers and seniors, participating in the annual frog race downtown.

Jim Anderson didn't run a frog in the race. But he was the man to see: Perched in his lawn chair, he was keeping about a hundred pond frogs in plastic bins and buckets at the edge of Aledo's Central Park.

His hands firmly on the lids, he would open the bins when a child approached.

"You can get a frog here in the little bit, when it’s your time to race," he told the kids who flocked around.

For Anderson and his entire family, this tradition began the night before.

"We have a pretty good sized family. The kids and the grandkids and their friends, they enjoy hunting frogs. So we do it on the 3rd of July at about 9pm at night."

"We go out to farm pond with flash lights, and your hands and you just mesmerize them and pick them up."

Anderson's was where eight-year-old Braycen Majors got his little racer, a frog bigger than his two hands.

The croaker he chose was large, but either unlucky or just reticent.

"First it wanted to go really fast before the race even started, and then it didn’t want to go at all once it started," he said.

Frog rentals go for just a dollar and help the Exchange Club of Aledo organize the event and award prizes. Each heat, or division, has a first, second, and third-place winner.

Participants start out in a small circle and try to coax their frog to an outer circle.

"When the frog jumps from the inner circle to the outer circle, the person raises their flag in the air and that’ll be the first place," Moffitt explained.

He said neither the size of the frog, nor the length of its legs, seem to make a difference.

"When that frog is ready to go, it just goes," he said.

At the end of the day, it's not about winning or making money, he said, but about a fun thing for kids and families to do on July 4.