For a third season, folks are tuning in to watch bald eagles Liberty and Justice and their Davenport nest. 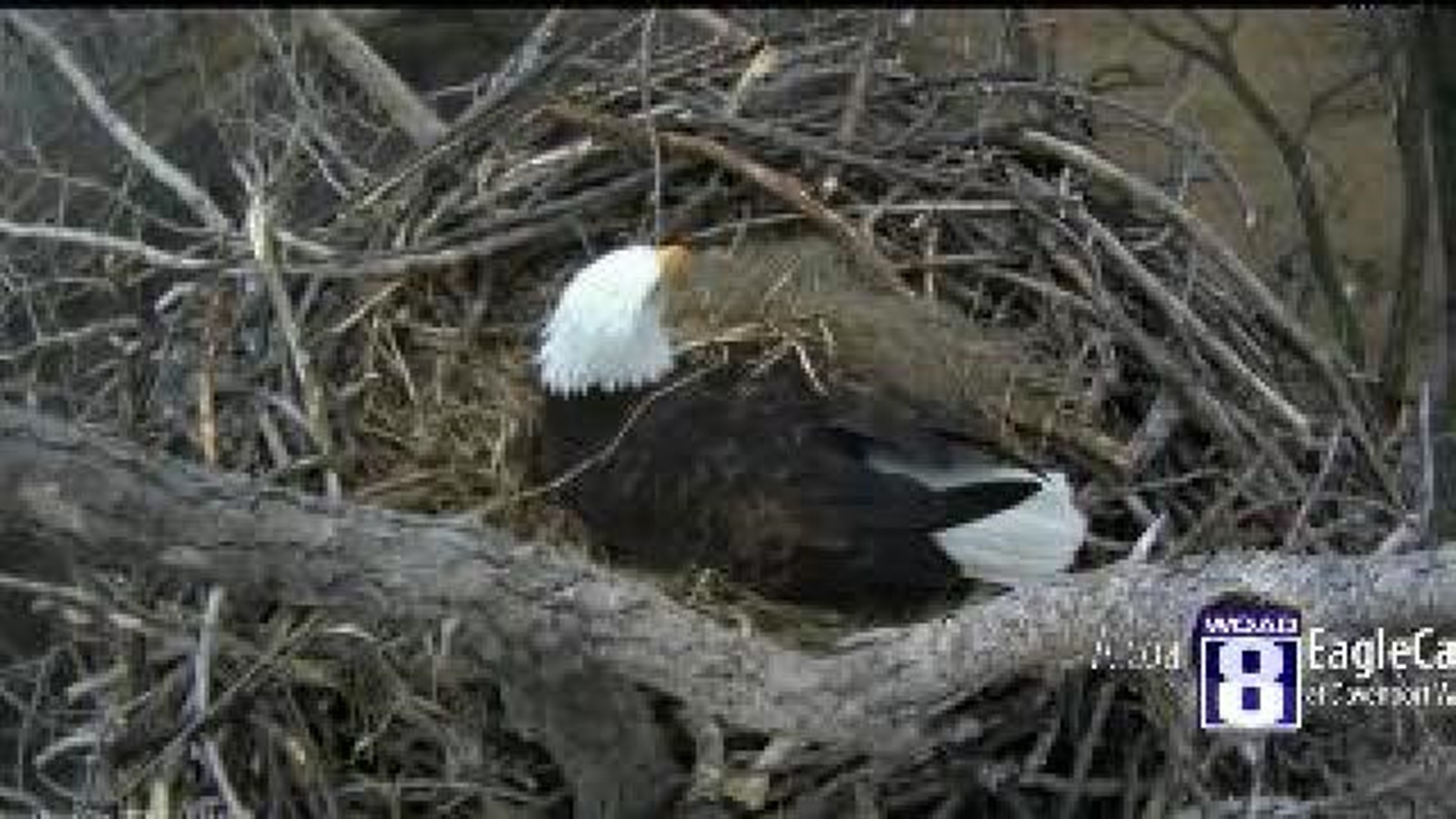 The third season is underway of what some are calling the "hottest reality show" in the Quad Cities. It stars two bald eagles that have made a Davenport tree along the Mississippi River home, and their live-stream recording has become an Internet sensation.

The Alcoa Eagle Cam is a live web stream of a 7-foot, bald eagle nest. Since the camera's inception in 2010, its eagles, Liberty and Justice, have shot to international fame.

“As people have discovered it, it's really become quite the little sensation. The first year we had about a 1.5 million hits, and I thought that was a lot. This last year, we had about 12 million hits," said Alcoa Public Affairs Manager John Riches.

In just the past month-and-a-half, Liberty and Justice have had nearly three-quarters of a million views. Folks are tuning in to see the two new eggs and waiting for a glimpse of the eaglets, which are expected to hatch around St. Patrick's Day.

"Besides the 12 million hits, there were 18,000 comments posted last year, and a lot of them have to do with, 'The best reality show on the Internet,'" said Riches.

The eagles first built a nest on the Alcoa property in 2009. Alcoa electricians installed the camera 85 feet off the ground in 2010. Since then, Liberty, Justice, and the pair's six eaglets have become celebrities. The Eagle Cam was even ranked among the most interesting live streams of 2012.

“I think it's just the fact that it's something that you can’t see any other way. I mean, you might happen across a nest somewhere, but you’re never going to be able to get the kind of view of it that we’re able to provide with this camera," said Riches.

One such fan of the eagles is Mark Graham, owner of Wild Birds Unlimited. He often goes eagle watching himself, and admits there's something about the birds that catches Americans' attention.

“One, they’re our national symbol. And because they are so large and easily seen and observed, it captures your interest," said Graham.

The eagle parents, Liberty and Justice, live year-round in Davenport. Once born, the eaglets will stay at the nest until sometime in early summer.

To watch the live stream from the eagles' nest at Alcoa's Davenport Works -- click here.