The United Steelworkers Union has reached a tentative agreement with Alcoa. 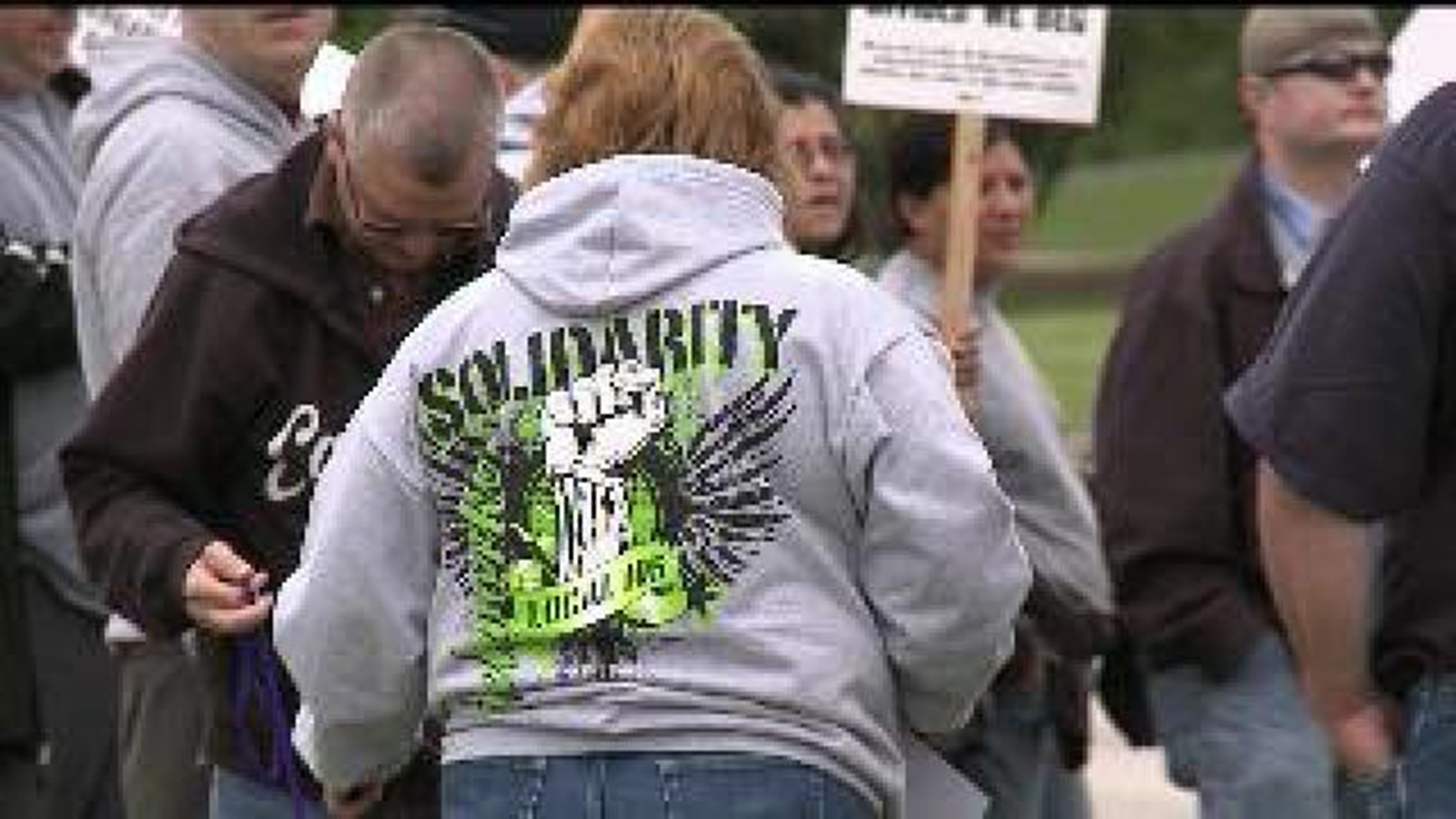 After members of the United Steelworker’s Union Local 105 voted to authorize a strike if need be on Wednesday May 14, 2014,  the group has reached a tentative agreement with Alcoa.

A spokesperson from Alcoa said that within an hour of the contract’s expiration, a tentative agreement had been reached. The contract was set to expire at 11:59 p.m. Thursday, May 15.

"Alcoa and the United Steelworkers have reached a tentative agreement on a new five-year labor contract covering 6,100 workers at 10 manufacturing locations in the United States," the Alcoa statement said.

“Together with the USW, we have reached a package that is positive for our employees and competitive for our business,” said Bob Wilt, president of Alcoa Global Primary Products and chair of the Company’s Employee Relations Council.

“We look forward to a positive outcome following the vote by local unions,” Wilt said.

The union will communicate the details of the agreement to employees and schedule ratification votes with local unions at all 10 plants.

The United Steelworker's Union Local 105 confirmed the tentative agreement on their website as well.

USW Local 105 Secretary Mike Nicholas told us Friday, May 16, 2014, the new contract includes a one-tier pension system for future employees. That had been a sticking point between the union and company for the past two weeks. Union members called it a big win Friday morning, May 16.  Nicholas also said the new contract involves wage increases, like they wanted.

The local unions still have to ratify the five-year contract. Nicholas said their vote will likely take place in the next couple of weeks.