“One day when I retire, this will be the story I tell.” 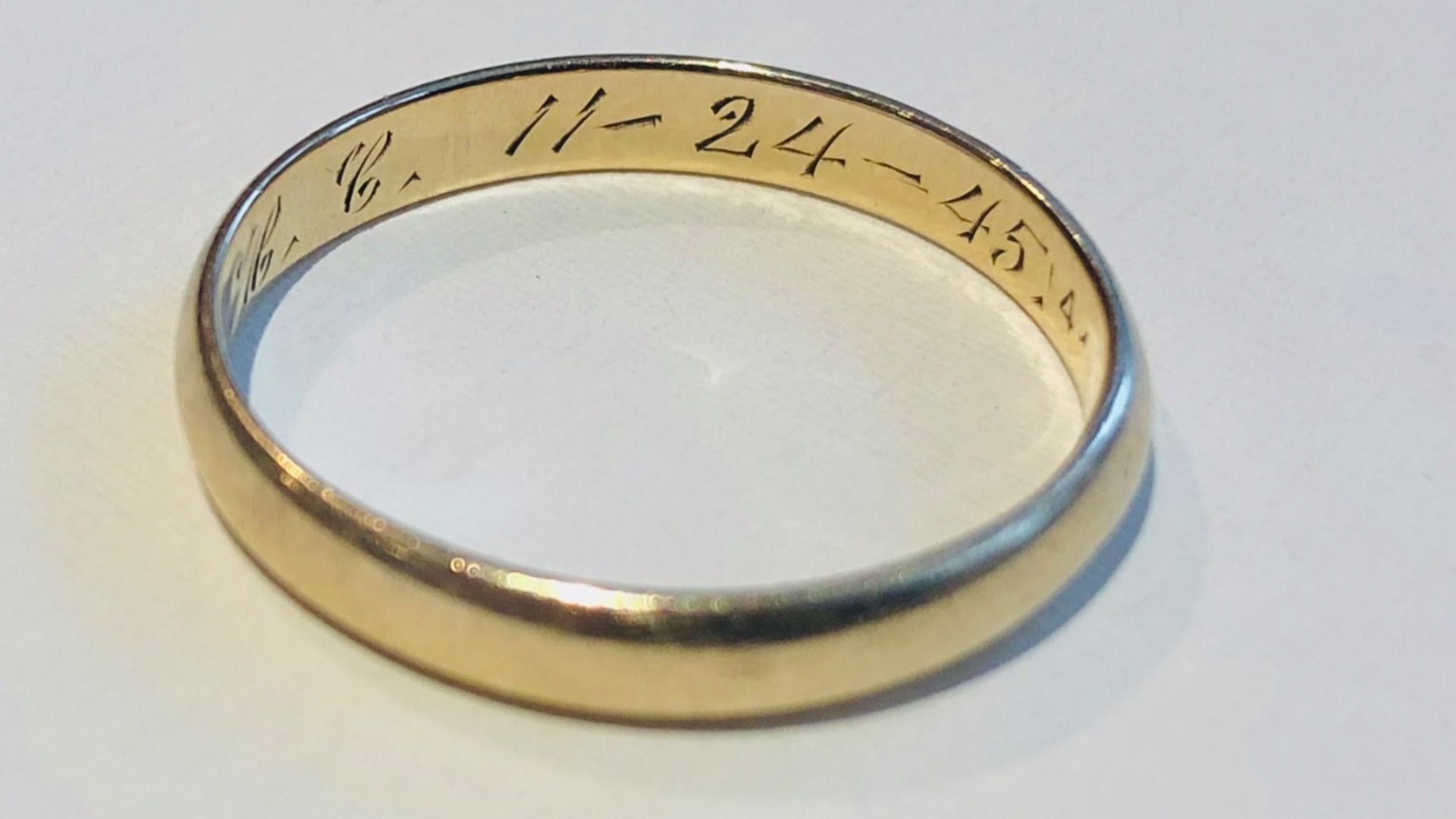 GALESBURG, Illinois- After sitting in evidence for "many years" a Galesburg detective finally the identified the rightful owner of a 79-year-old wedding ring.

From inside the Galesburg Police Department's evidence vault, Sergeant Bryan Anderson cracks all types of cases as Sergeant of Evidence and Training.

Just last month he embarked on a new search, a path that led him and an old gold ring to the ring's new owner and admirer, Jim Clark.

Let's rewind because a lot of searching had to happen to get here.

Every day for a year, Sgt. Anderson passed the ring in his evidence vault.

"I don't know why, but I picked it up one day and say the inscription," says Anderson.

With just two sets of initials and a date, he was on the hunt.

"It required a little bit more work to get another tid bit of information," says Anderson.

After searching through hundreds of marriage records, the determined detective found a match. Howard and Helen Clark, married in Knox County on November 24, 1945. Both died in Knox county years later, which led Anderson to search obituaries. That's when he found Jim Clark, Howard and Helen's son.

"From a family's point of view, it would have been important to them," says Jim.

From there, Jim helped fill in the holes in the case.

The couple grew up just outside Galesburg. They got engaged before Howard left to serve in WWII. They got married right when he returned in 1945. They moved away to the Chicago suburbs to raise their family. Then they moved back to the area where they retired and passed away.

Jim believes the ring was a gift from his father to his mother, and now he has it back.

"It's been pretty emotional. I've enjoyed looking back on all these old pictures," says Jim.

But questions still remain. How did the ring end up in the Galesburg Police Department's evidence vault? But Jim says this case is different. It doesn't need to be solved.

"A genuine appreciation for very good police work, above and beyond," says Jim

"I'm glad I could help your family. It was a fun adventure, and I'm glad we got some closure," says Sgt. Anderson. "One day when I retire, this will be the story I tell."

Anderson says in his free time, he still wants to try to find out how the ring got to the police station.

Jim says he will keep the ring forever as a constant reminder of his parents.