Quad City residents might’ve seen a legion of bikers travelling between cities with some unusual cargo strapped to their bikes. 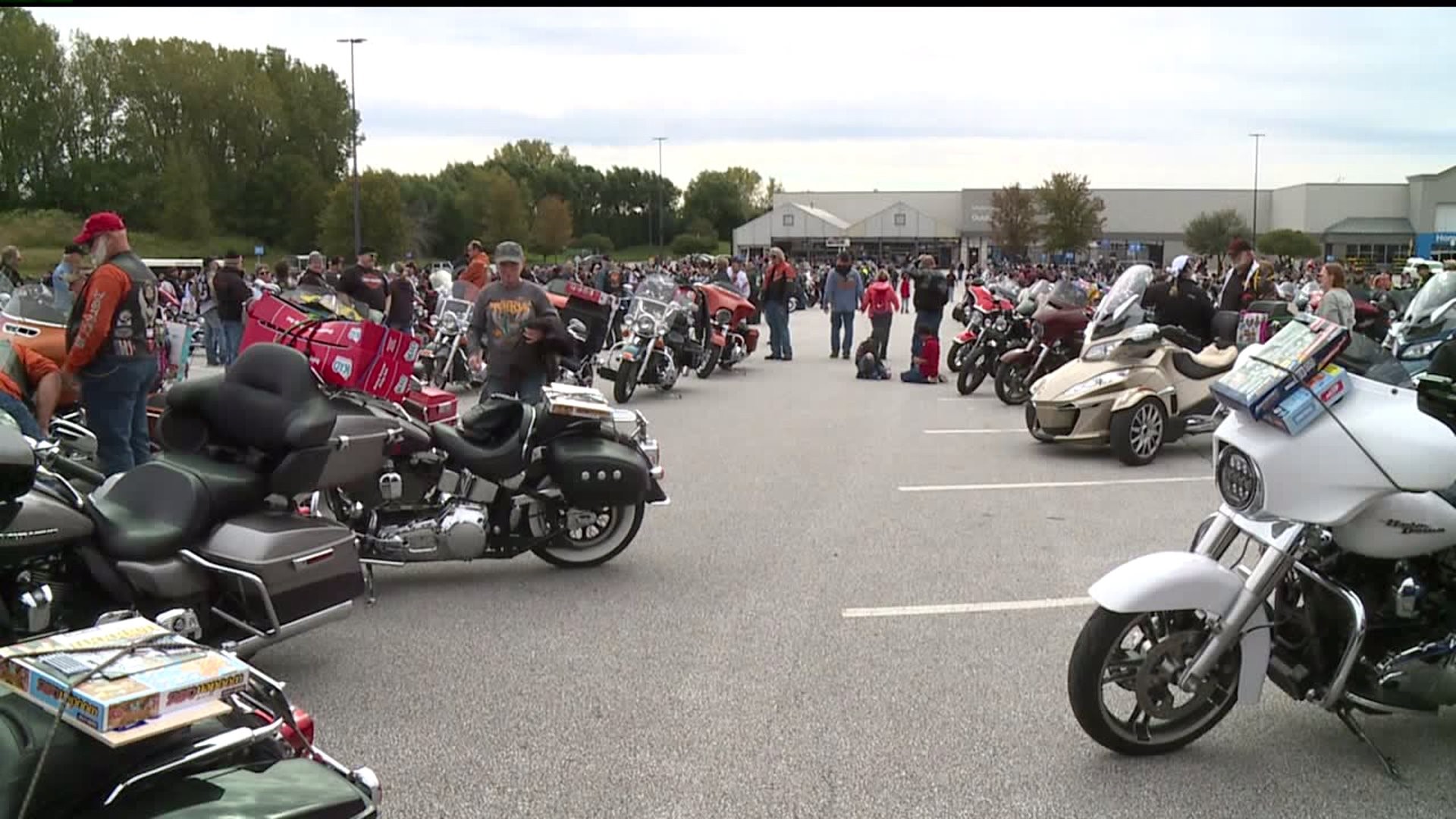 DAVENPORT, Iowa -- Whatever your image of bikers are like, it probably doesn't usually include a brightly colored toy strapped to the back of a motorcycle.

Riders geared up at the West Kimberly Walmart in Davenport to take toys from there to the Hobby Lobby in Bettendorf to be collected by the U.S. Marine Crops Reserve, which gives them out to kids in need during the holiday season.

The run draws in bikers from across the region, with this year's turnout taking up a significant amount of the Walmart parking lot.

After the drive, the after-party kicked off, with food, drink, and live music lasting until 5 p.m.