As of now, it appears, the suspect was firing at random as he moved into the festival, the chief said.

(CNN) — The rock band TinMan was playing its last song for a crowd of a couple hundred people at the annual Gilroy Garlic Festival on Sunday evening in Northern California. Nearby, families sat eating, kids were playing and vendors were looking to make their last sales. Then the gun fire started.

“We ran off the stage (and) we crawled underneath it,” TinMan singer Christian Swain said. “We could smell the gunpowder,” Swain said.

Three people were killed and at least 11 others were injured, law enforcement officials said. A 6-year-old was among those killed, his family said. A shooter was also killed, Gilroy Police Chief Scot Smithee said.

Gilroy is about 30 miles south of the city of San Jose.

The chief credited a heavy police presence for saving more lives as chaos descended on the decades-old food festival.

“We had many, many officers in the park at the time this occurred … which accounts for a very, very quick response time,” Smithee said.

Victims whose conditions ranged from fair to serious were transported to area hospitals, hospital officials said.

Witnesses reported seeing a second individual who has not yet been identified or found. Authorities haven’t yet determined how the second person was involved, Smithee said.

A manhunt is underway for that second suspect, the chief said.

They thought the pops were fireworks

Lex De La Herran was walking away as the music on stage had begun winding down, he said.

“I turned around for a quick moment and I hear the gunshot sounds,” he said. “At first I thought it was fireworks but a man behind me screamed that ‘those are real, those are real.'”

“I just froze like a deer in the headlights,” he said.

De La Herran said a piece of shrapnel hit him in the head. Then, he started running among the crowds.

“I saw people jumping over the fence, people trampling over each other, it was just widespread chaos,” he said. “People were definitely in shock … some people were visibly shaking.”

“We looked toward the area that it was coming from and everyone stood still for a second and realized it was gunshots,” she told CNN. “Everyone started running out towards us up the hill to the street to be safe. Then I saw some people shot some doing CPR on others.”

The shooter stood about 15 feet away from her and was blocking her only possible escape route, she told CNN.

“I started running, we hit the ground and I literally laid down on the ground,” she said. The shooter stopped firing for a couple of seconds, multiple people reported, and when he began to shoot again, Price said she took off running.

The woman running next to her was hit and Price said she continued until she found a truck to hide behind. She’s still in shock.

“(There) was blood everywhere,” she said. “I read about this but I never thought I would be in it.”

Tovar said he was “deeply saddened by the news.”

“I pray that God will grant his family strength. My most sincere condolences. I will keep your family close in my thoughts and prayers in the coming weeks as you are going through the process of grieving,” he said in a statement.

Stephen’s grandmother and father both spoke to CNN affiliate KRON about the boy’s death.

“This is really hard, there’s no words to describe (it),” Romero’s grandmother told the affiliate. “He was such a happy kid, I don’t think that this is fair.”

Swain said police seemed to secure the area within five minutes from when the shooter began firing.

“We know the event was well-covered with security and we’d seen them as we came in to set up and play,” he told CNN. “At least in my head, I knew they would be there and sure enough that seems to be what happened.”

Smithee said shots began around 5:41 p.m. local time. Officers were in the area, he said, and engaged the suspect “in less than a minute.”

The suspect was shot and killed, Smithee said.

“I can’t speak enough about the courage of police and first responders are showing at this moment,” Tovar said. “My thoughts and prayers are with the families of those who (lost) their lives, and those recovering in the hospital.”

Shooter came in from a nearby creek, police chief says

“It appears as though they (suspect) had come into the festival via the creek which borders a parking area and they used some sort of a tool to cut through the fence,” Smithee said. “That’s how they got into the festival area itself.”

The shooter had “some sort of a rifle,” Smithee said during a Sunday night press conference.

As of now, it appears, the suspect was firing at random as he moved into the festival, the chief said.

“It is just incredibly sad and disheartening that an event that does so much good for our community has to suffer from a tragedy like this,” Smithee said.

The festival attracts about 100,000 people annually, based on attendance records. There’s food, live music, cooking competitions and thousands of community volunteers who bring it all together. Gilroy is the self-proclaimed garlic capital of the world.

The event has helped raise “millions of dollars for local schools, charities and non-profit organizations,” the festival’s website says.

No one saw this coming.

“To have seen this event end this way this day is just one of the most tragic and sad things that I’ve ever had to see,” Gilroy Garlic Festival Executive Director Brian Bowe said.

“And for over four decades that festival has been our annual family reunion,” he said Sunday.

In the hours following the shooting, President Donald Trump tweeted a warning.

“Law Enforcement is at the scene of shootings in Gilroy, California,” he said. “Reports are that shooter has not yet been apprehended. Be careful and safe!”

“Sending love to all who are hurting tonight — and all who are affected by the 40,000 gun deaths in America each year. We can accept this as our fate or we can change it. Following the lead of the students marching for their lives, and for all of ours, I know we can end this crisis,” he said on Twitter.

California Sen. Kamala Harris also weighed in, saying she was “grateful to first responders who are on the scene in Gilroy and keeping those injured by such senseless violence in my thoughts.”

“My office is closely monitoring the situation,” she tweeted.

“How many more families will have to lose a loved one before we fix our broken gun laws? We must take action, starting with real reform. Our thoughts are with everyone in Gilroy this evening. Enough is enough,” he said. 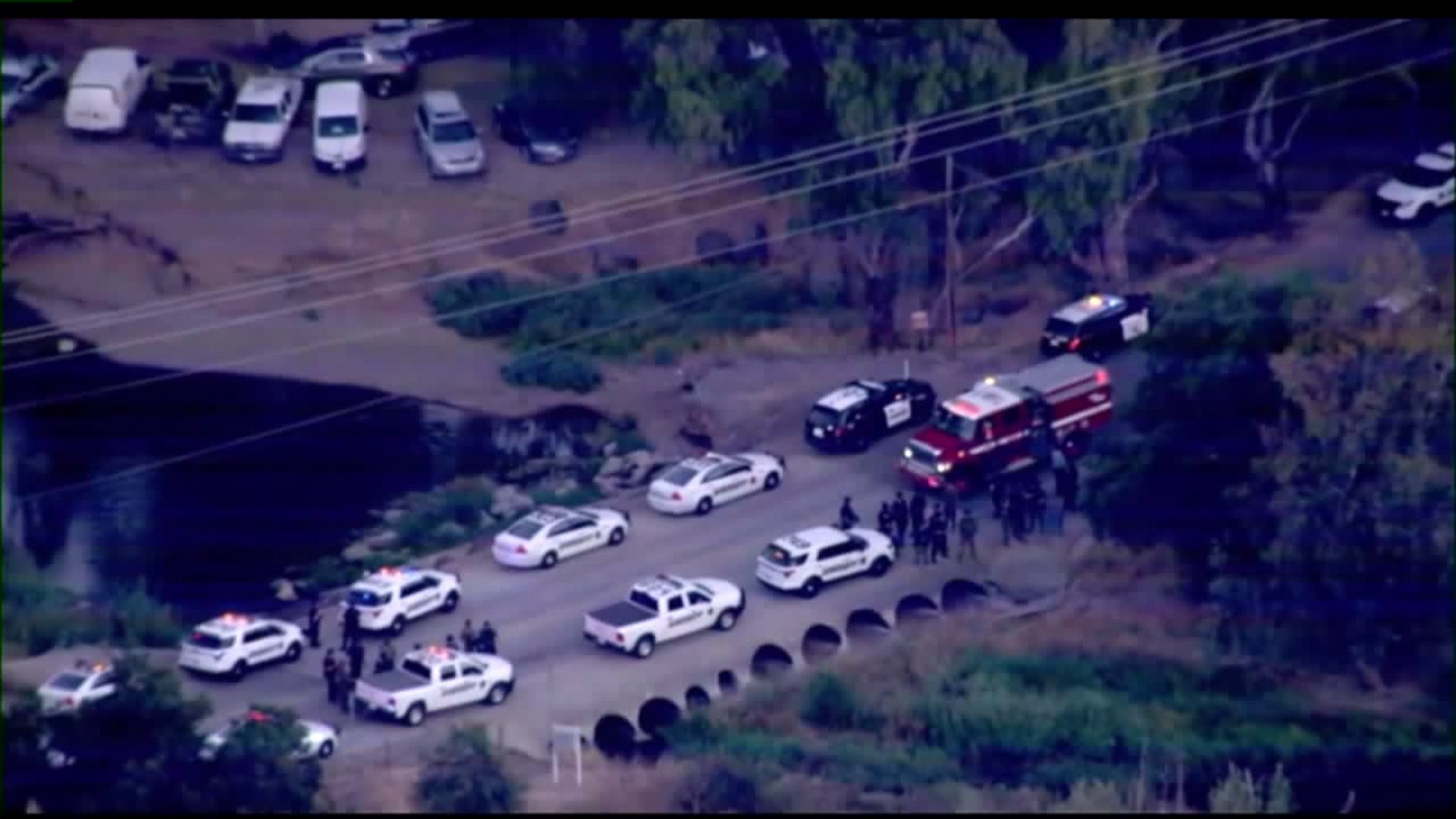