A great white shark jumped in front of a boat near Cape Cod, surprising those on board

Some Cape Cod fishers got a bit more than they bargained for. 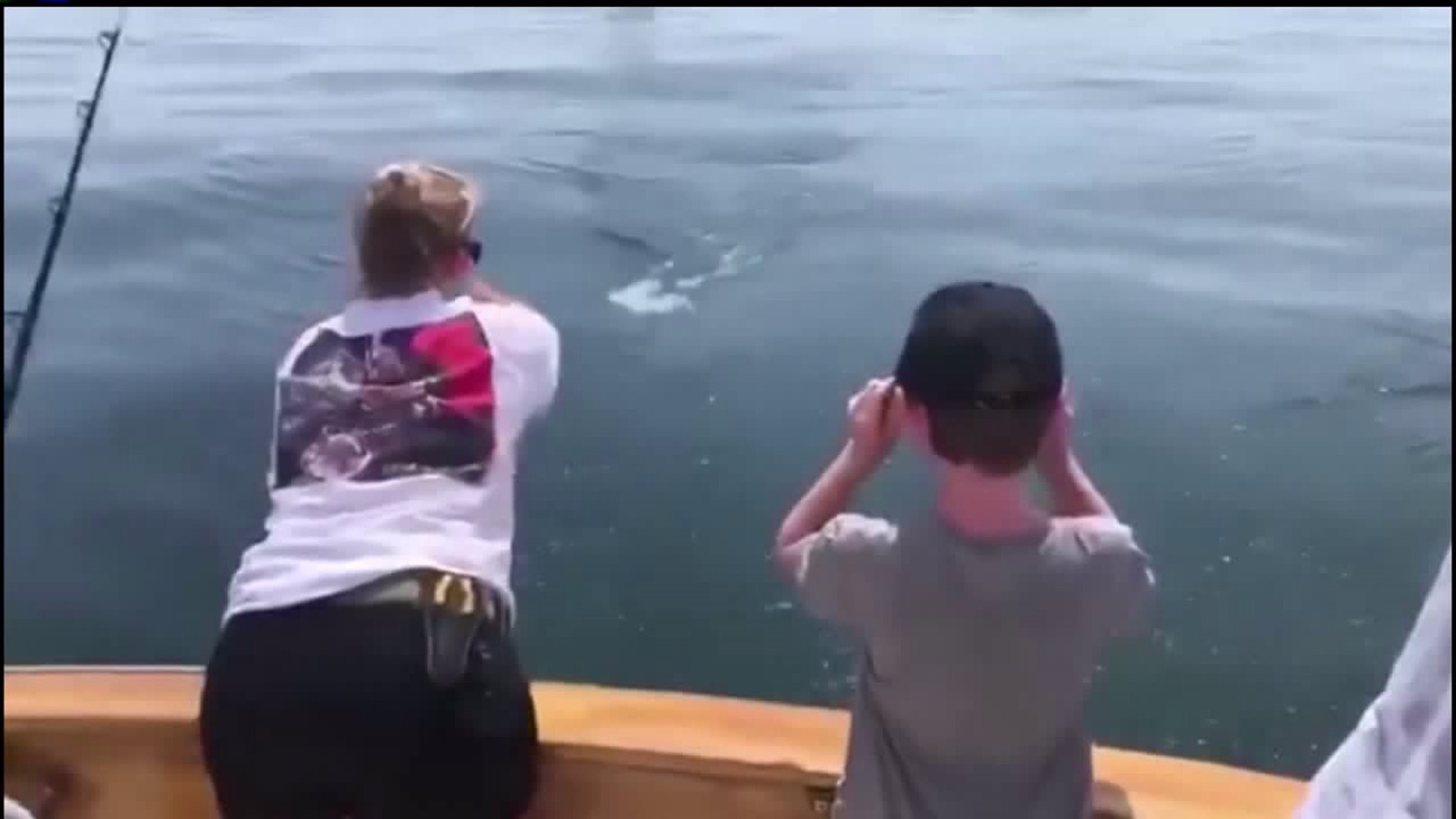 (CNN) -- At least no one can complain that this fishing trip was boring.

A group of fathers and sons out fishing got more action than they anticipated when a great white shark leapt out of the water next to the charter boat and stole a fish off one boy's line.

Doug Nelson and his son joined a Saturday outing on Cape Cod Bay, off the coast of Massachusetts, he told CNN.

One of the boys on board hooked what appeared to be a "good-sized fish," Nelson said, so he grabbed his phone to capture a shot.

Instead, he filmed a close encounter with the ocean's apex predator, as a great white shark came up behind the fish the boy caught, jumped up in the air and snatched it.

The Atlantic White Shark Conservancy confirmed to CNN that the shark was a great white.

Great white sharks make their home in Cape Cod Bay every summer. But this summer, the sheer number of them -- and their proximity to humans -- is confounding beachgoers.

In the span of one week at the end of June, researchers spotted 12 great white sharks near the bay.

White sharks in Massachusetts have enjoyed federal and state protections since 1997 and 2005, respectively. And since seals, one of the predator's favorite meals, are defended by the Marine Mammal Protection Act and have experienced population boosts of their own, sharks in the area are thriving.

Their heightened presence has raised concern for some. A man died after a shark attack at a Cape Cod beach in September 2018, the first fatal shark attack in Massachusetts in more than 80 years.

Still, sharks rarely attack humans, and even fewer attacks result in death, according to the Florida Museum of Natural History's shark attack database.

The white shark has been blamed for 80 fatal unprovoked attacks, according to the database.

Most shark attacks against humans occur when the animal is confused, according to Encyclopedia Britannica. They "mouth" foreign objects to determine what they are and if they're worthy of a meal.

Sharks can get aggressive to defend their territory from what they perceive as intruders, the encyclopedia says.