Reaching age 100 is a big milestone, but a Quad City woman who spends her time helping children across the world is hitting 1,000. 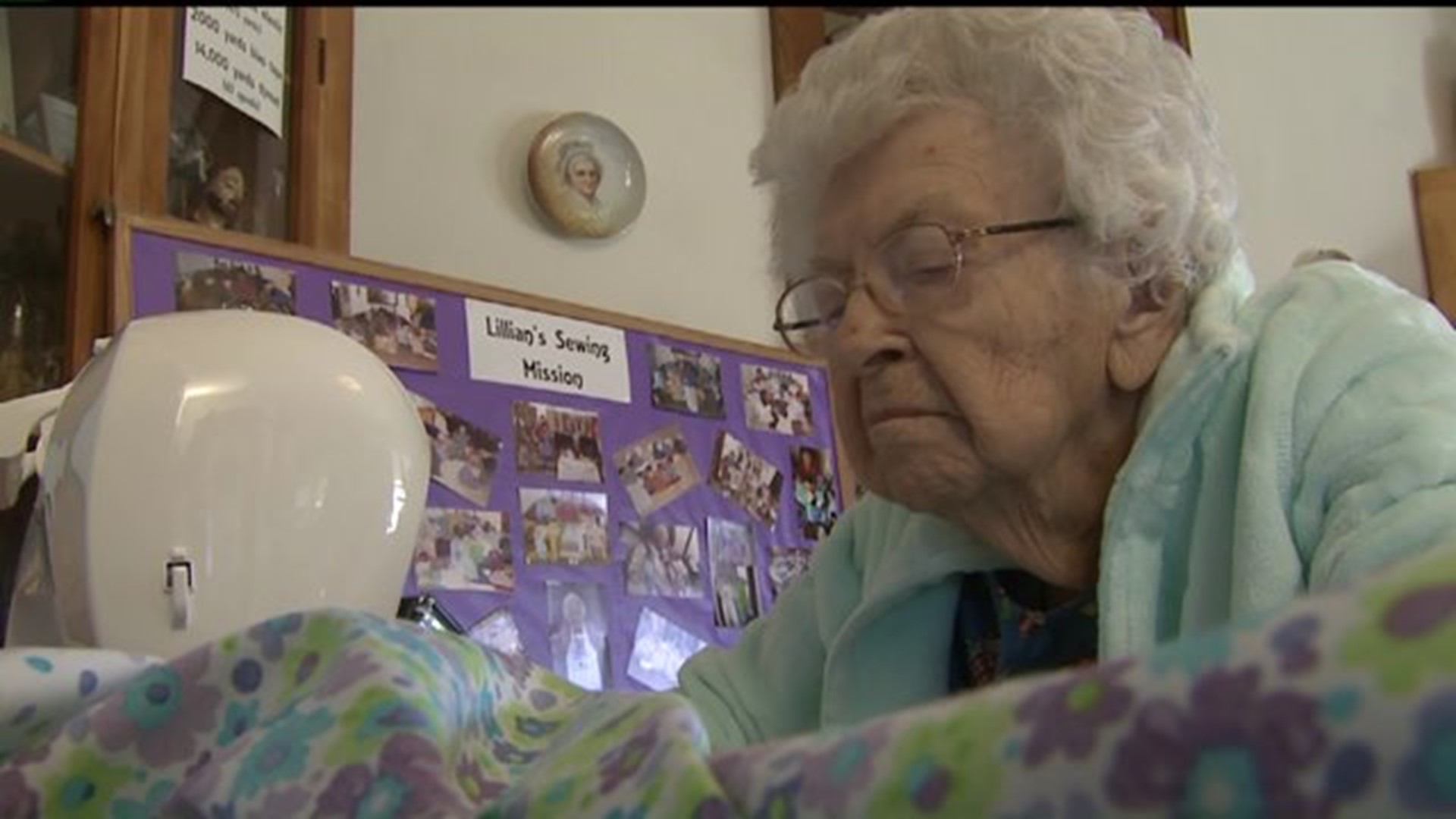 Reaching age 100 is a big milestone, but a Quad City woman who spends her time helping children across the world is hitting 1,000.

For the last three-and-a-half years, Lillian Weber has been making simple dresses with her own touches, for a group called “Little Dresses for Africa.”

Stitch-by-stitch, Lillian has made hundreds of dresses. All the while, she’s had a goal to make her 1,000th dress by her 100th birthday. On Thursday, March 12, 2015 she accomplished her goal, well before her self-set deadline.

Lillian’s daughters say their mother works the dress making into her routine, and she does it just because she wants to help the little girls who will wear them.

Making dresses helps the girls, but her work poses as a message to the rest of us.

“Nine times out of ten, they always say, “Well old people don’t do anything,” but they do,” Lillian said.

Once the milestone dress was complete, Lillian said she had a plan, which you could probably guess.

“And as soon as I get this one done, I’ll probably go to the next one,” she said.

Since Lillian has been helping make dresses for the organization, the founder, Rachel O’Neill, said a lot of attention has been brought to the group, which also helps build schools and dig wells for drinking water.

O’Neill said she plans to fly to the Quad Cities in May to see Lillian on her 100th birthday.