Bill Tuman was part of the “Indian Wrecking Crew” back in the 1950s and now he’s being reunited with his old racing bike for the last time bef... 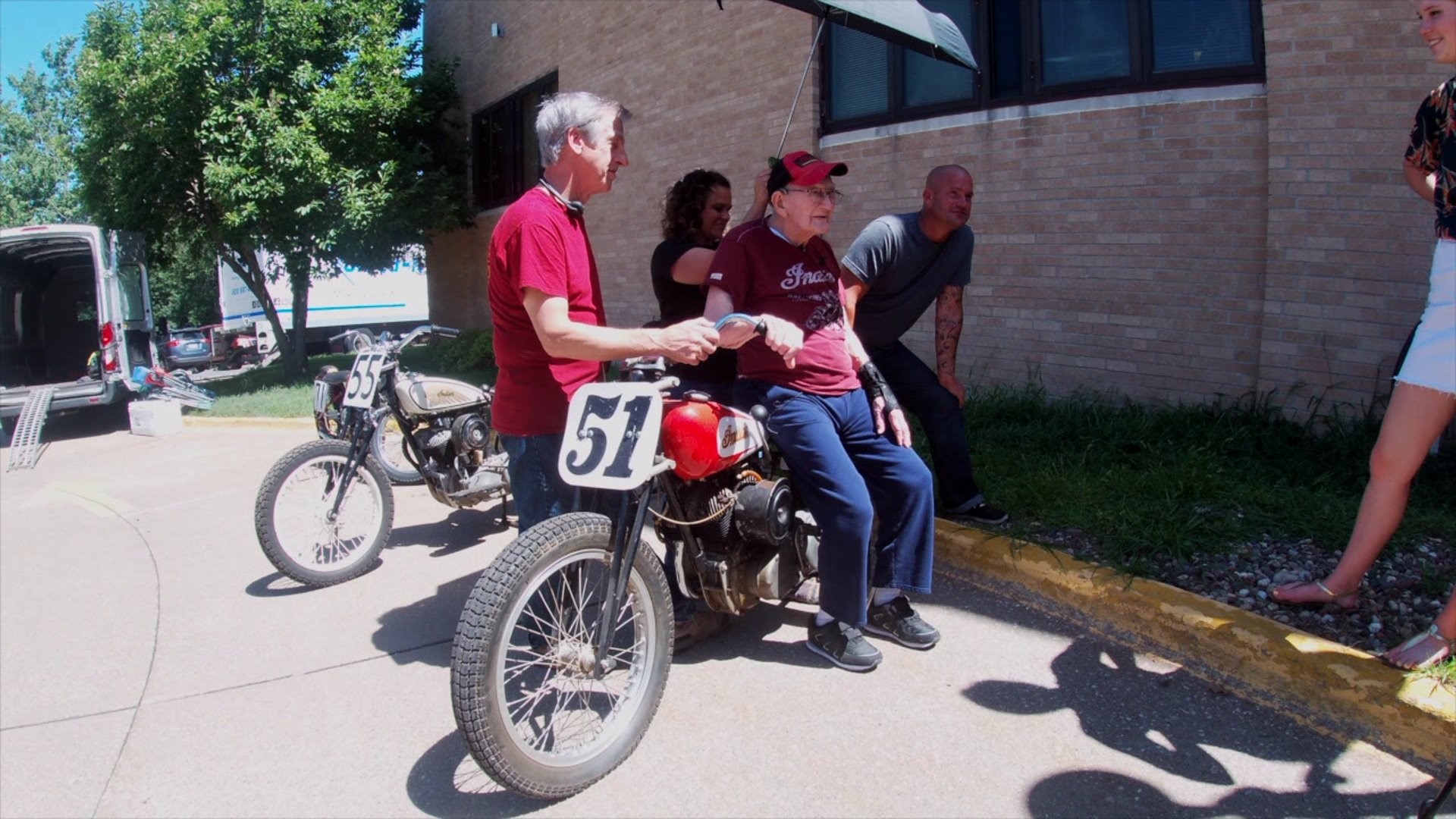 BETTENDORF, Iowa -- At Iowa Masonic Health Facilities Monday morning you would find a silver truck pulling into the parking lot.  Inside that truck sits the racing bike of a 1950s motorcycle racing legend.

“It’s called the “Big Base Scout” and only 50 of them were ever made,” says Bob Skeffington, one of the men who hauled it in.

The bike belongs to 97-year-old Bill Tuman who resides at the Masonic nursing home and deals with Dementia.

“I can’t remember anything,” comments Tuman.

His short-term memory is shrinking, but he can always recall his racing glory days when he rode his Indian motorcycle along with the “Indian Wrecking Crew”.

That was back in the ’50s, and Truman hasn’t seen his own bike in almost 20 years, but that all changed Monday morning.

“I think he’s going to be extremely impressed because as long as he’s concerned this bike is still in Australia,” says Skeffington, a long-time friend of Tuman’s.

As Tuman makes his way outside to the Masonic parking lot, one piece of racing history reunites with another, Tuman remains speechless, but decides to take a leap of faith and attempts to sit on his bike like back in the day.

Tuman earned the biggest win of his career and took first place at the Springfield Miler in 1953, becoming the new national champion.

“I think it’s going to take some time to sink in,” says Skeffington. “Just like it would be for any great event for any of us.”

And no matter how much time passes, or where it goes next, number 51 will always be Bill Tuman’s bike.

“His name is the serial number,” Skeffington comments about Tuman's name etched into the engine. “It’s the only bike in the world that I know of.”

The bike will be shipped back to Australia later this week where it will be stored forever.