CHICAGO, Illinois– The Chicago Cubs have luck on their side tonight, in the form of two loyal sisters. And this year, one of those sisters is using her ag... 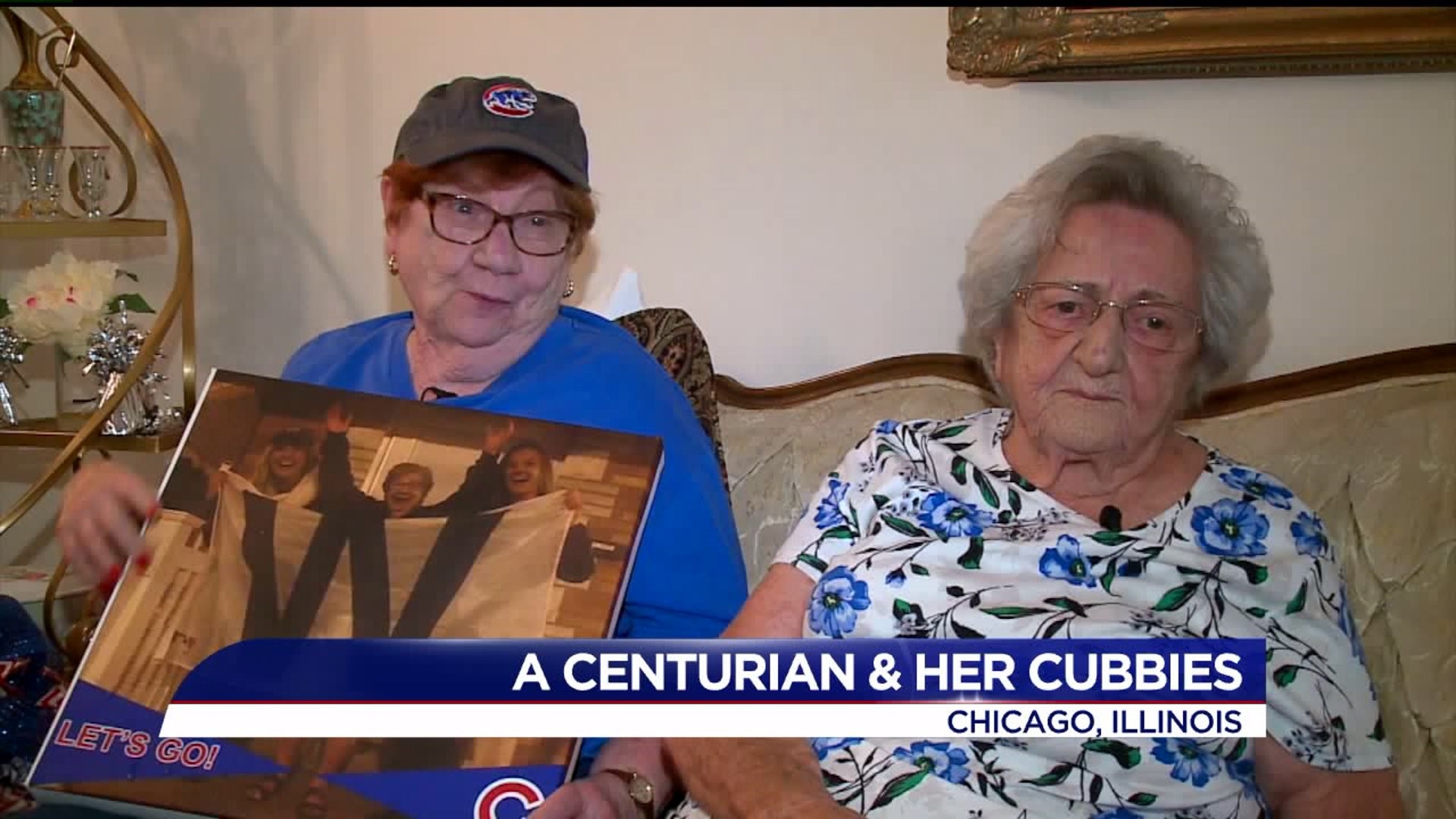 CHICAGO, Illinois-- The Chicago Cubs have luck on their side tonight, in the form of two loyal sisters. And this year, one of those sisters is using her age to her advantage.

Friday, longtime Cubs fan Yolanda Leahy turns 100 years old. After last year's World Series win, she's hoping the combination of hitting triple-digits and being around to see another year of post-season play are both good signs the Cubs can do it again this year.

But, regardless of outcome, Yolanda's always up to watch her Cubbies, alongside her sassy little sister, Louise, who's 93.

"There's nothin' else good on TV," Yolanda quips, "So we watch the Cubs. And they win."

They won alright. 2016 was a year the Leahy sisters waited a lifetime to see.  It was a year of baseball they will not soon forget.

“The cars were going by blowing their horns, we were howling. We had a beautiful time,” Louise said of the night the Cubs won the World Series. She celebrated the win with her granddaughters at 2 in the morning.

But that was last year. This time around, the family has another big reason to celebrate in Chicago.

Last weekend, the family held a party to honor Yolanda, the aging and ever-faithful Cubs fan. She hopes her century-old status could be lucky for the Cubs. Could it be possible? Two World Series wins in her lifetime? The Leahy sisters sure hope so.

“Everyone wants to know your secret. ‘How do you live 'til this age? How did you? Tell me your secret so I can know, too,’” she said with a laugh.

The sisters are hoping for a two-fer this season: big birthdays and a big win for their Cubbies.

“I pray for them all the time. Every night I say, ‘Please let the Cubs win,’” Yolanda says.

And a fun fact about Yolanda and Louise: they married a pair of brothers, and each couple was together for more than 50-years apiece.