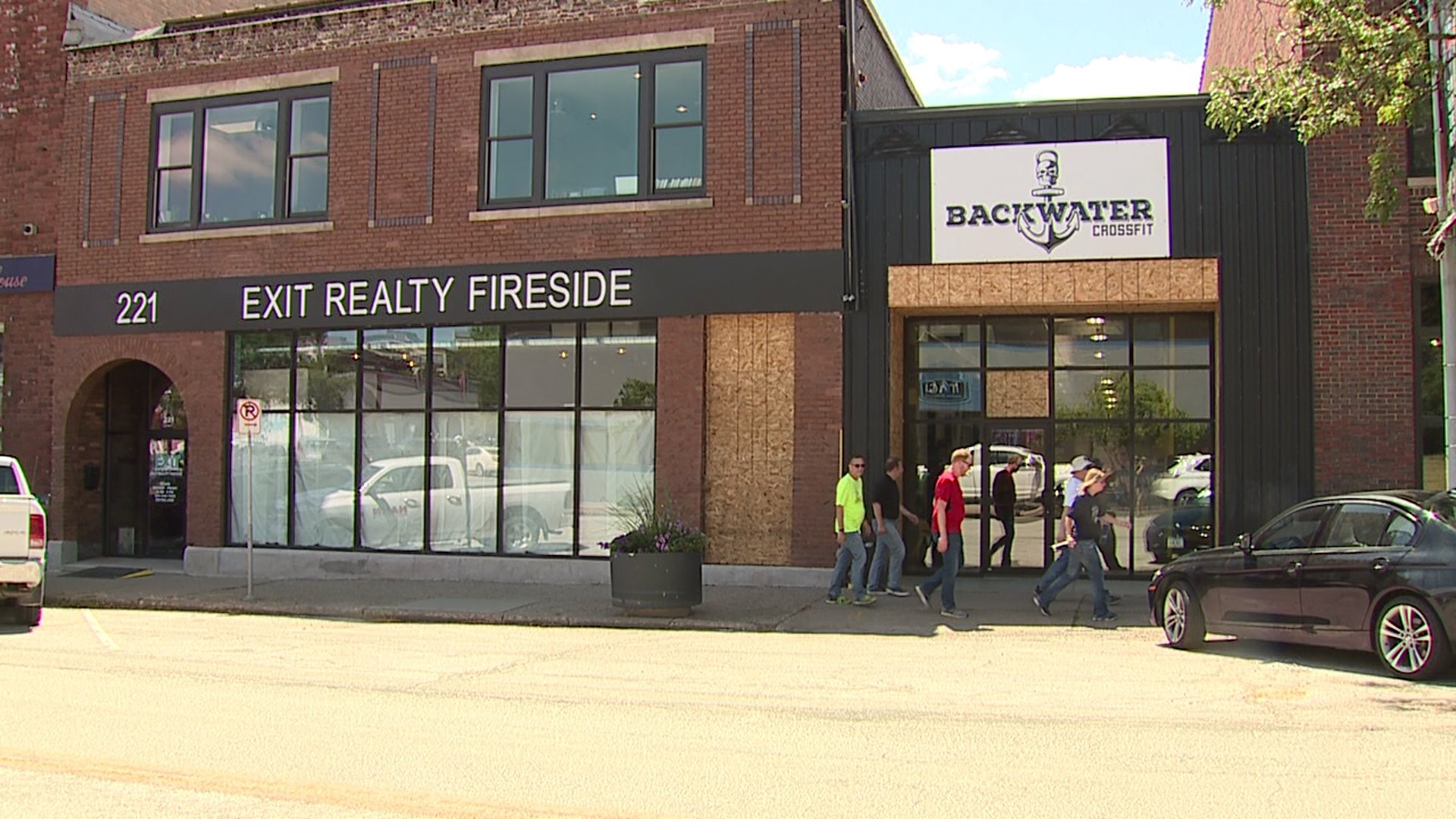 Usually, a boarded-up building is a bad thing, but along Second Street, it's a sign of unexpected growth.

Seth Ross, owner of Backwater CrossFit gym, signed his lease at his new location just days before the flood wall broke. Since then, he has seen the strength in numbers.

"Everybody was looking at me like I was crazy (for still opening up here)," Ross said. "But I couldn't be happier with how it turned out."

Just three months ago, volunteers from all over rushed to Ross' gym door; sandbagging to keep water from rushing in. Property owner, Scott Ryder, was among the flood fighters. His own business next door, Exit Realty, sustained more than $200,00 in damages. It had only been opened for two months prior to being flooded.

"We had just paid the flooring bill," Ryder said. "It was a little over $20,000 just for flooring that was being ripped out and being put right back out in the dumpster. So that was pretty disheartening."

However, now, Ryder said he sees the silver lining.

"Instead of trying to build exactly the way we had it before, maybe how we could pivot and be a little different," Ryder said.

After the main floor of Exit Realty was flooded, office spaces were relocated upstairs. The old space? Soon to be the new home to Crafted QC. Proof that devastation can quickly be turned into opportunity.

"It really kind of signifies the kind of gym I want to own and what I want this community to be about," Ross said. "You know, just kind of all hands on deck, strength-in-numbers-type and it's brought the best out in me."

Backwater CrossFit opened June 15th. Crafted QC will remain in their current location until after Becky Fest (August 23-24). After that, they will close to move locations and re-open October 1st 2019.