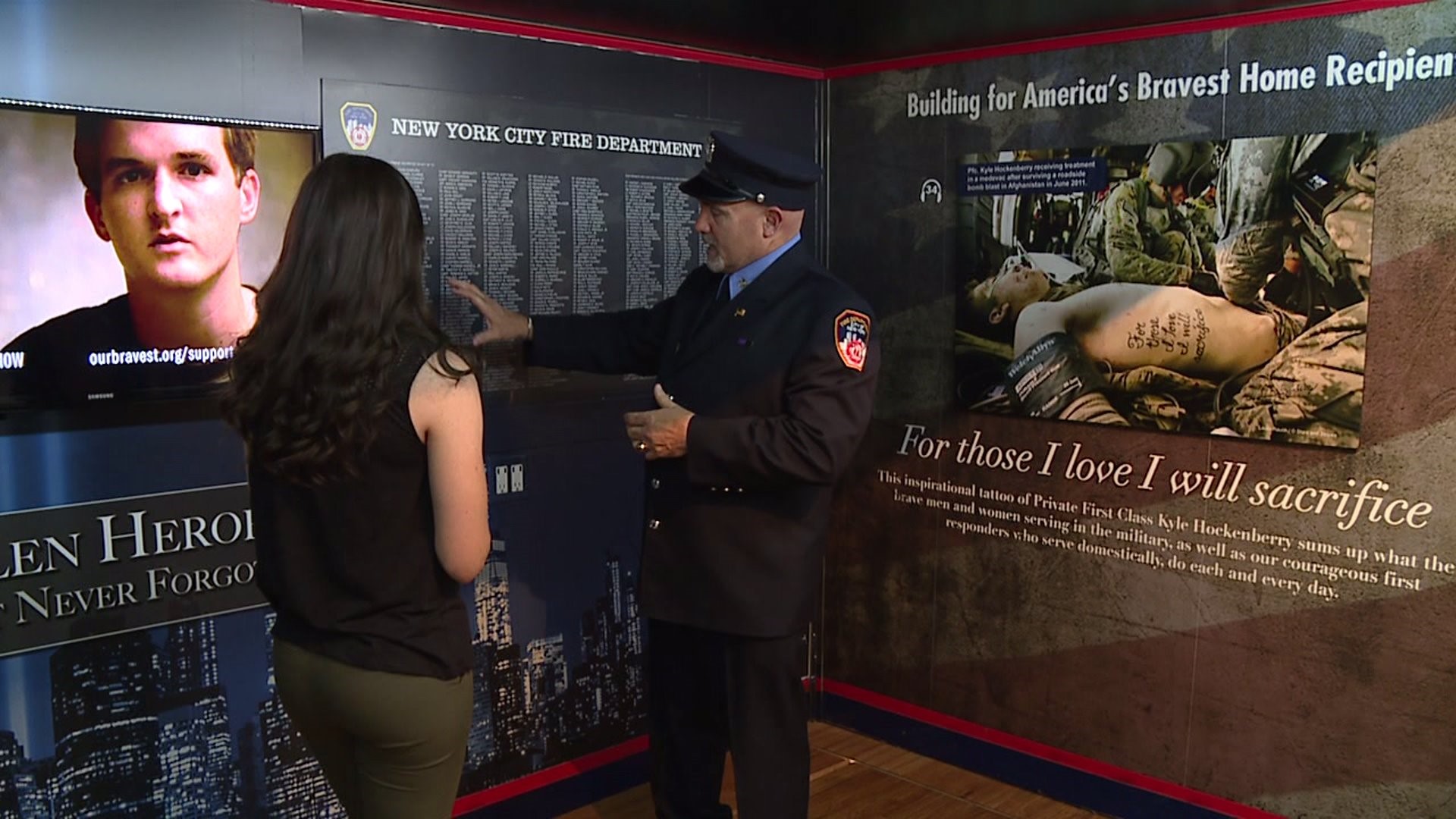 CLINTON, IOWA-- The 9/11 "Never Forget" mobile exhibit took it's last stop in Iowa at the Wild Rose Casino and Resort in Clinton today.

The exhibit carries walls and walls full of keepsakes from the destruction. Steel rods from the World Trade Center, pieces from firetrucks that were found in the rubble and even a chunk of concrete from ground zero.

The real story comes from the men aboard. Three of more than fifty firefighters that responded to the attacks on September 11, 2001 trade off to share their stories.

At every stop they re-live the experience.

"These are the three hundred and forty three firefighters that died on 9/11," said Chris Edwards. Edwards worked at a fire department in the Bronx. He was supposed to be off that day but when he saw the second plane come in he knew we were under attack.

"I ran out to get into my car and as I did the line outside the hospital doubled..two hundred or three hundred people waiting in line and I went over to a woman and said what are you doing here.. she said we're stopping to give blood to the victims of the trade center. That's how fast people came together," said Edwards. He was amazed by how quickly people responded.

Fellow firefighter Patrick Clancy dug through the rubble of the accident searching for survivors...but for six straight hours he found no one.

Some people that visit were old enough to remember what happened but newer generations are still learning of the whole impact.

"People that are younger see the reaction on everybody else's face and just go whoa," said Clancy.

Seventeen years later the attack is still apart of their everyday lives.

"This is something that will never end. Our day didn't end on September 11th. Our day will continue on till the very end for us and that's why it's so important for us to get an opportunity to come out and tell our story and make sure that nobody will ever forget," said Edwards. For him and the other men who responded that day forgetting means losing their brothers forever.

The exhibit will be in Clinton until Sunday, June 3rd at seven o'clock.