Today’s votes were the first votes on gun control legislation since a Florida high school massacre and the fatal shooting of a police officer in downtown ... 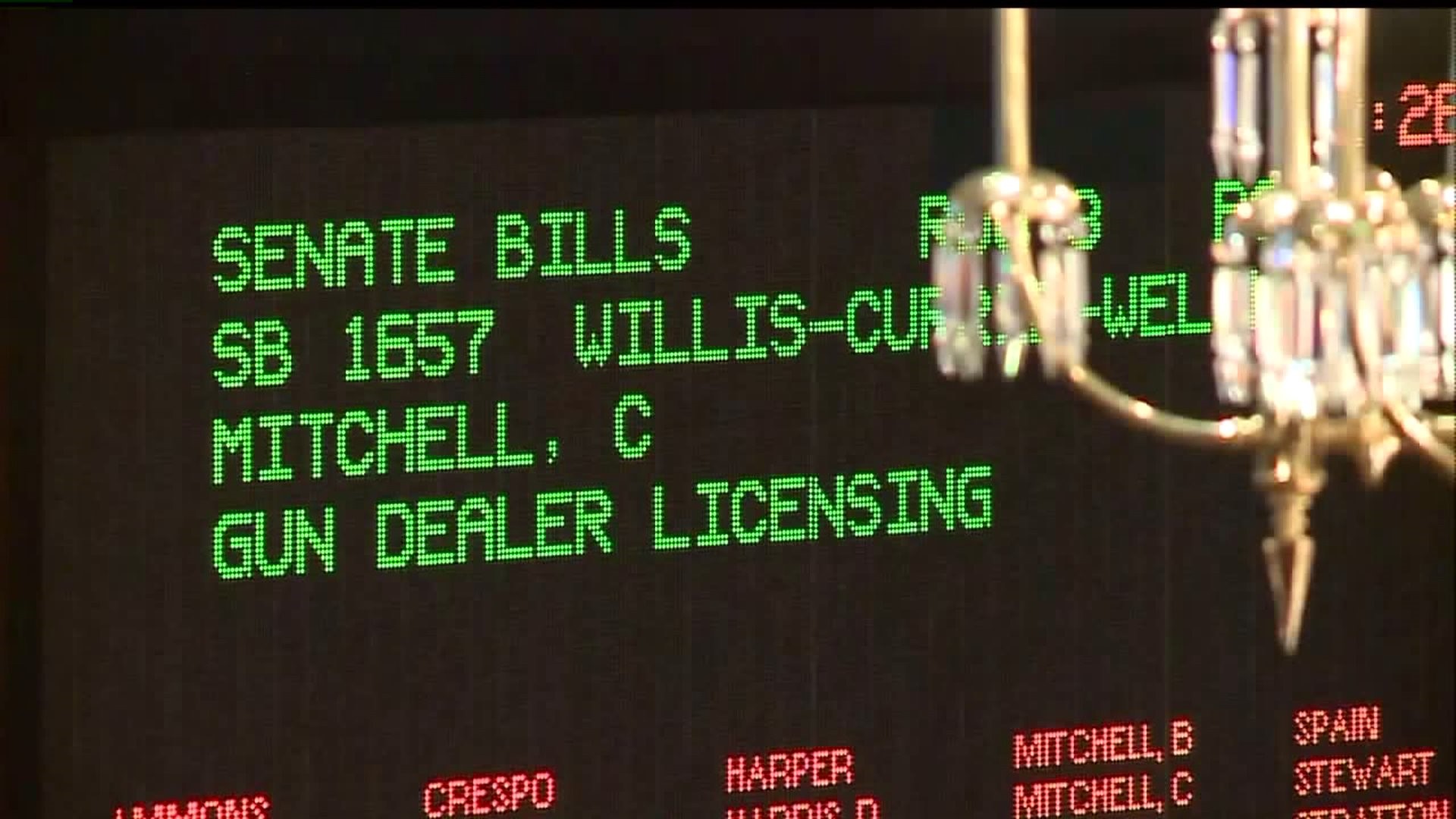 SPRINGFIELD, Ill. (AP) — The Illinois House on Wednesday approved a ban on trigger-enhancing "bump stocks" in its first votes on gun control legislation since a Florida high school massacre and the fatal shooting of a police officer in downtown Chicago.

The House voted 83-31 to prohibit the manufacture or sale of bump stocks or "trigger cranks," which increase the firing rate on rifles, effectively making them assault-style weapons. Lawmakers later voted 64-51 to prohibit anyone younger than 21 from buying or possessing assault-style weapons of the type used in the shooting deaths of 17 students in Parkland, Florida.

The Democratic-sponsored measures were two of seven on tap for floor votes Wednesday. But some Republicans supported them.

"Assault weapons have one purpose — to inflict maximum injury and death," said GOP Rep. David Harris of the Chicago suburb of Arlington Heights, a U.S. Army veteran who was Illinois adjutant general from 1999-2003. "You pull the trigger and the bullets keep coming out until the magazine is empty. No one needs this device to hunt deer or duck."

Despite decades of Democratic control of the Illinois House, measures to clamp down on firearms are few and far between. Chicago Democrats, faced with daily headlines of gun violence in the nation's third-largest city, come to Springfield only to lock horns with more conservative central and southern Illinois members of the same party who strongly support hunting and the 2nd Amendment constitutional right to bear arms.

By mid-afternoon, the House was bogged down in debate over state licensing of gun shops. Advocates want state oversight of gun dealers to stem straw purchases, in which a gun-buyer then sells it to a criminal. The federal government licenses them but sponsors say there are too few agents to sufficiently check.

The sponsor, Rep. Kathleen Willis of Addison, eventually pulled the matter from debate over critics' concerns that they were asked to vote on it before changes Willis promised had been made.

Another measure scheduled for a vote Wednesday includes a ban on high-capacity magazines and civilian use of body armor, both of which were used by the alleged killer of Chicago Police Commander Paul Bauer on Feb. 13. Others would create a tip line where anonymous callers could alert authorities to a neighbor or family member who appears to pose a danger, and a waiting period for purchasing assault-style weapons.