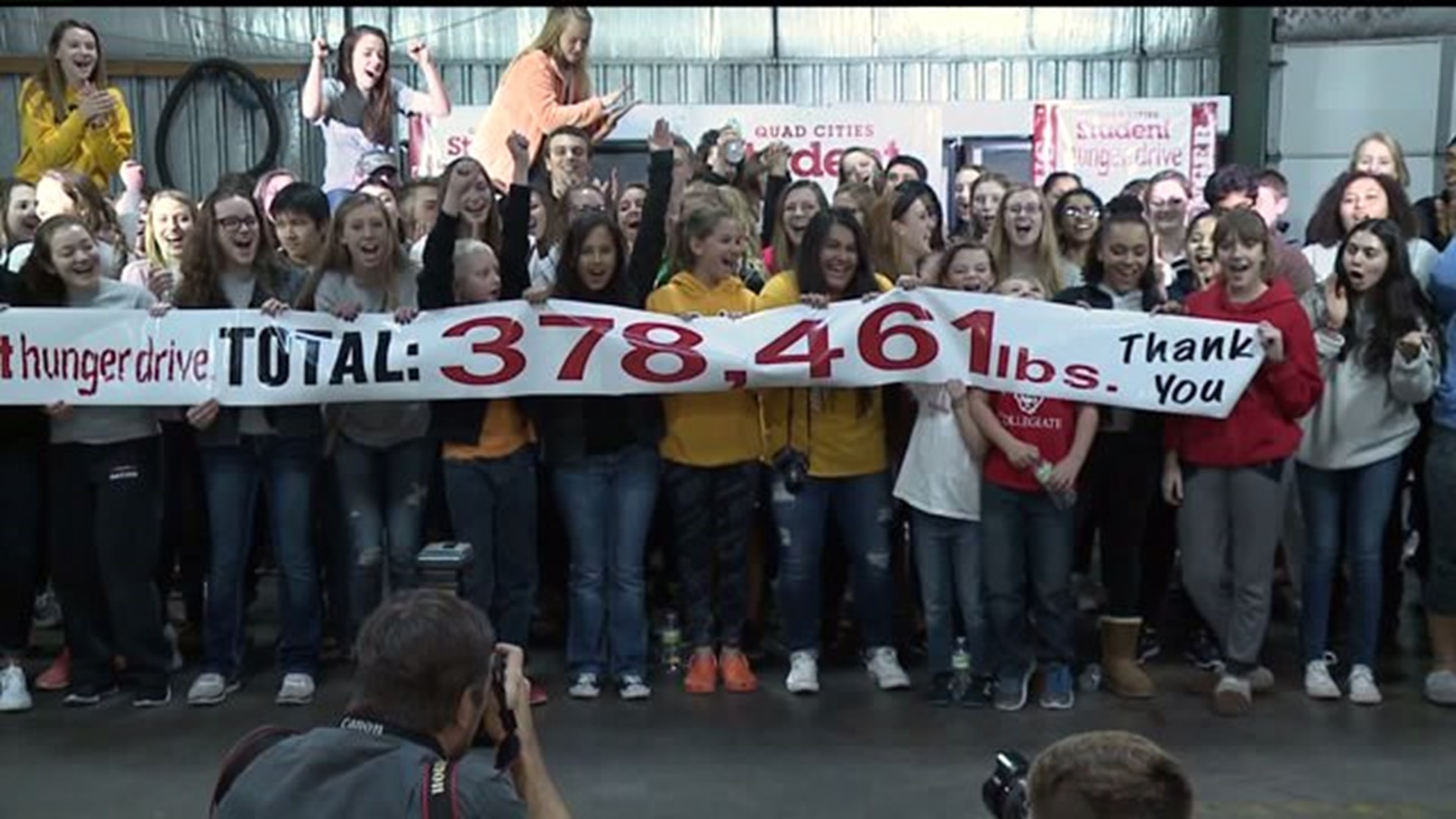 DAVENPORT, Iowa - The numbers are in.

For six weeks, student from 16 area high schools have been collecting food to help those in need.

While the number of pounds collected this year might be less than last year, River Bend Foodbank's  executive director says this year they wanted students to focus on the quality of food, not quantity.

"We really emphasized on the kids this year to focus not on food the weighs the most, but what they would be most likely to eat," said Mike Miller.

Awards were given out to schools based on their division.

Mission Challenge: Orion High School, given to the school determined to have lived the mission of the Student Hunger Drive.