At least six Democratic presidential candidates are scheduled to attend a forum in Des Moines on Saturday, August 10 organized by gun control advocates. 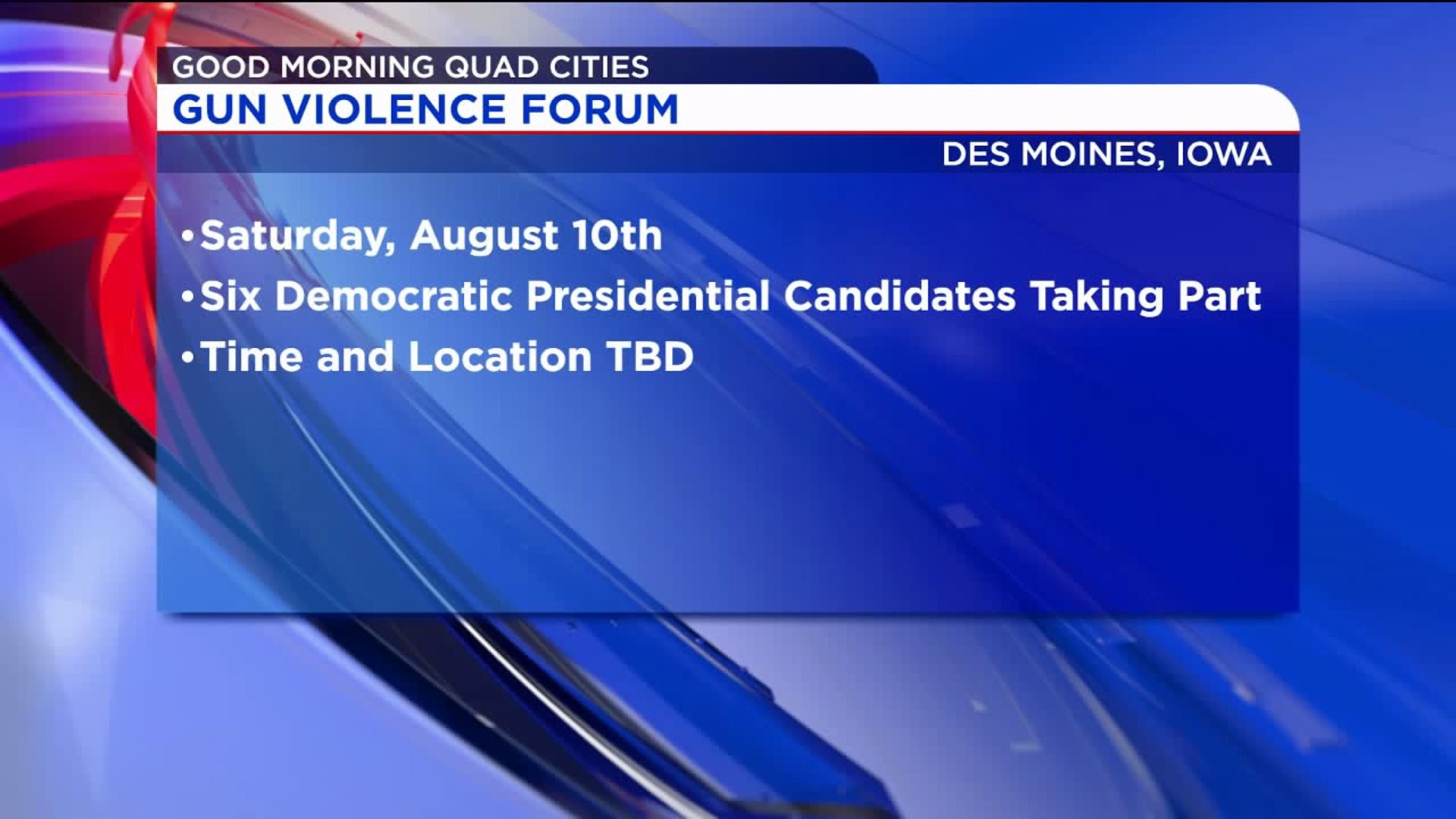 WASHINGTON (AP) — At least six Democratic presidential candidates are scheduled to attend a forum in Iowa on Saturday organized by gun control advocates in the wake of two mass shootings that killed 31 people in Texas and Ohio.

Sponsored by the groups Everytown for Gun Safety, Moms Demand Action and Students Demand Action, the forum will give the candidates a chance to spotlight their gun violence prevention proposals at a time of heightened public concern following the two shootings within 24 hours. The event will be held in Des Moines while many Democratic White House hopefuls are in Iowa to campaign and attend the annual state fair.

Former Texas congressman Beto O'Rourke is skipping a planned trip to Iowa this weekend, as his hometown grieves after the mass shooting in El Paso, Texas, he told reporters Wednesday.

Another gun control forum , sponsored by the gun control groups Giffords and March for Our Lives, is scheduled to include eight Democratic candidates on Oct. 2 in Las Vegas.

"There has never been a more urgent time for 2020 candidates to tell Americans exactly how they will address gun violence," Everytown's president, John Feinblatt, said in a statement.

Given the prominence of gun ownership among Iowa's rural voters, pitching stringent gun control in the state could pose some risks for Democrats despite high public interest in the issue following the recent shootings. Joey Norris, the Democratic chair in rural Montgomery County and a gun owner himself, said if candidates are "extremely liberal on gun control issues, they might want to ignore" the topic when campaigning in rural parts of the state.

But he also pointed to an opportunity for Democrats to potentially appeal to independents and even some moderate Republicans with how they approach the issues.

"Most of the gun owners I know, they like sensible ideas" such as closing background check loopholes, Norris said. "They want to make sure that guns don't get a bad rap."

All the candidates scheduled to appear on Saturday have campaigned in support of stronger gun control, with two on the list — Buttigieg and Inslee — releasing detailed plans on Tuesday that aim to prevent mass shootings, particularly those motivated by white nationalism.

Warren is expected to release a gun control proposal on Saturday ahead of the forum.