“We’re going to miss it this year,” said Rick Wyffels. “There’s going to be a lot of disappointed people.” 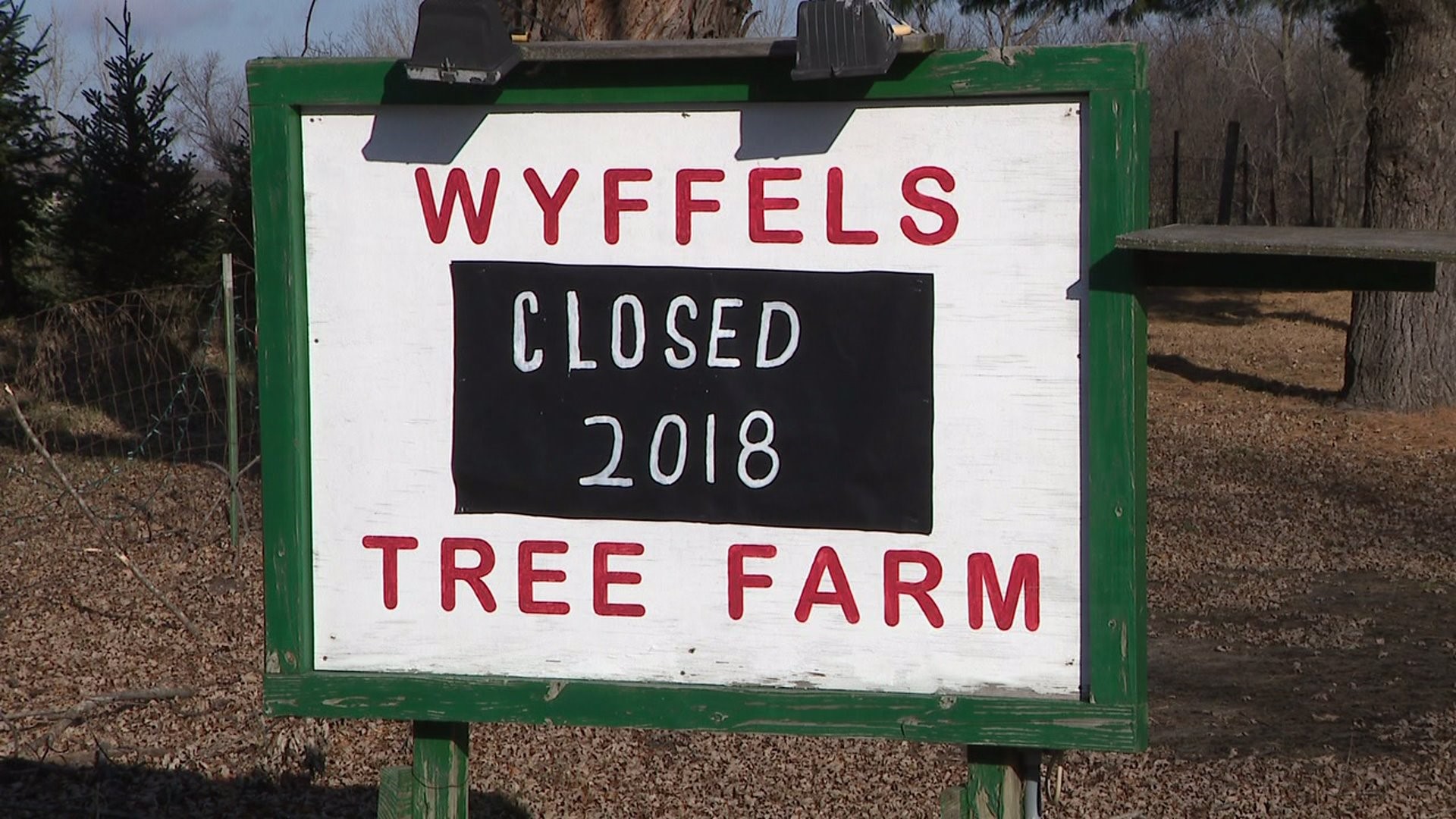 "A little tree like this, you can't put too many ornaments on," said Rick Wyffels, who began growing Christmas trees with his wife, Kathy, in 1993.

"When you have a field this size, they look and there's no tree here that they want," Wyffels continued.

These tree troubles started during the 2012 Drought, which killed some 2,000 seedlings at the Moline farm.

A crop that takes care and rain was instead baking in hot, dry weather six years ago.

"Late May to August, it did not rain one time," Wyffels recalled.

Every seedling was turning brown and being pulled.

This is likely the longest impact from the drought.  That's because it takes at least six years of growth for these trees to be ready.

"All I saw was bare roots," he remembered.  "When I stuck my hand down the hole, all I had was dust."

The trees just aren't tall enough for commercial sales.  With good weather, they'll grow about a foot and a half each year.

"People would like to have a seven footer," Wyffels said.  "This tree has got at least a couple more years to grow."

Wyffels' plight is hardest on the little ones from generations of loyal customers that he must turn away.

"We love doing it," he said.  "For 20 years, we've had great camaraderie with tons of families from the Quad Cities."

In the time following the drought, they still knew this gap year would eventually arrive.

"We're going to miss it this year," he concluded.  "We look forward to having it start again next year, but there's going to be a lot of disappointed people."