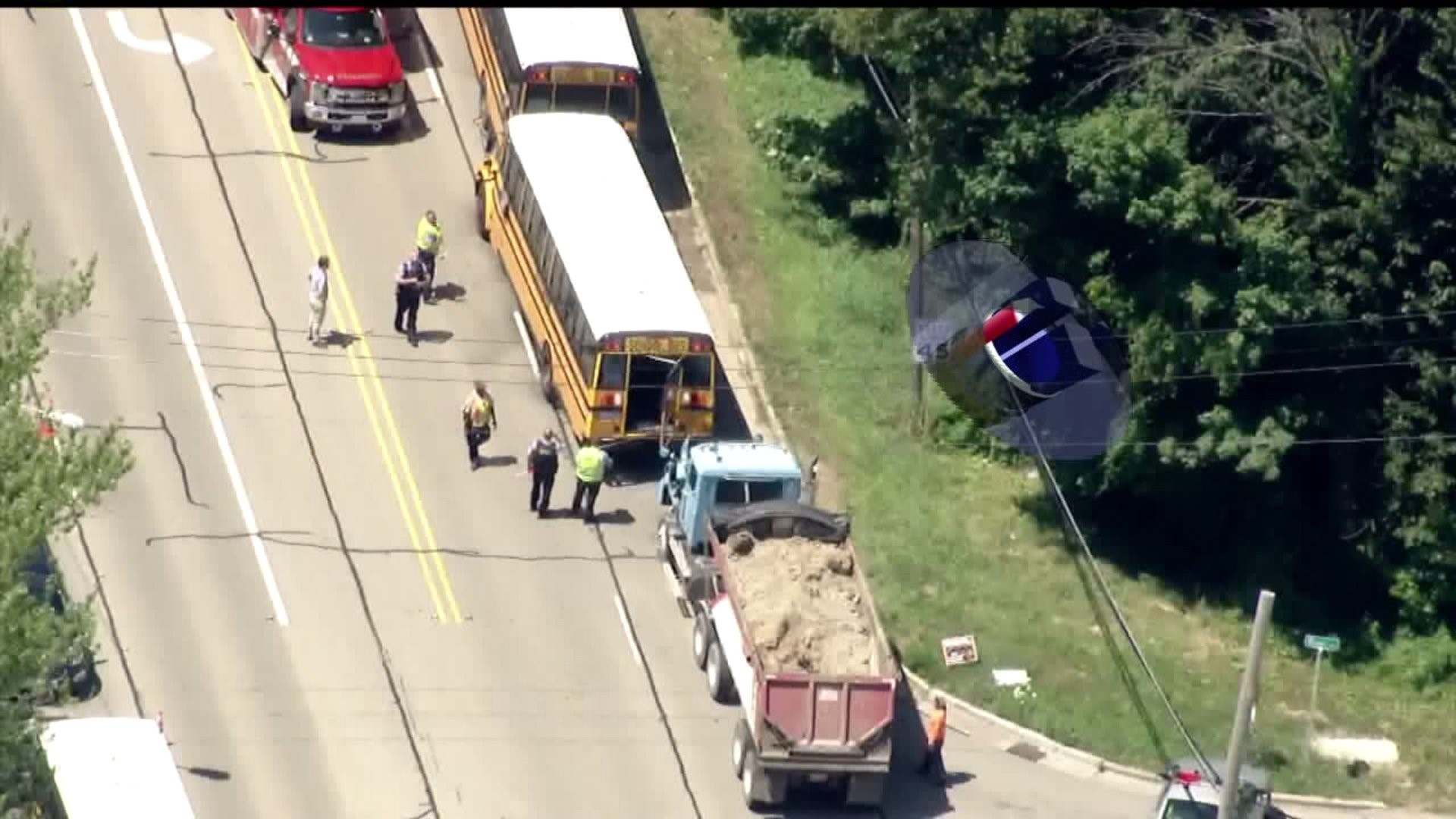 LIBERTVILLE, Ill. (AP) — Police say 17 children and adults have been hospitalized after a dump truck crashed into three school buses in a northern Chicago suburb.

Lake County Sheriff's Sgt. Chris Covelli says the buses were carrying a total of 144 children ages 5-14 and adults in unincorporated Libertyville about 11:10 a.m. Thursday when the truck struck the rear of one bus, causing that bus to crash into the bus ahead of it and the second bus to crash into a third.

Covelli says about 17 people on the buses, including children and adults, went to hospitals with non-life-threatening injuries. The rest were evaluated by paramedics at the scene.