1,500 people in Oquawka, Illinois deal with storm clean up without power

OQUAWKA, Illinois—  During Monday morning’s storm, Shaun Staub and his family struggled to get out of their home after a massive tree branch fell on... 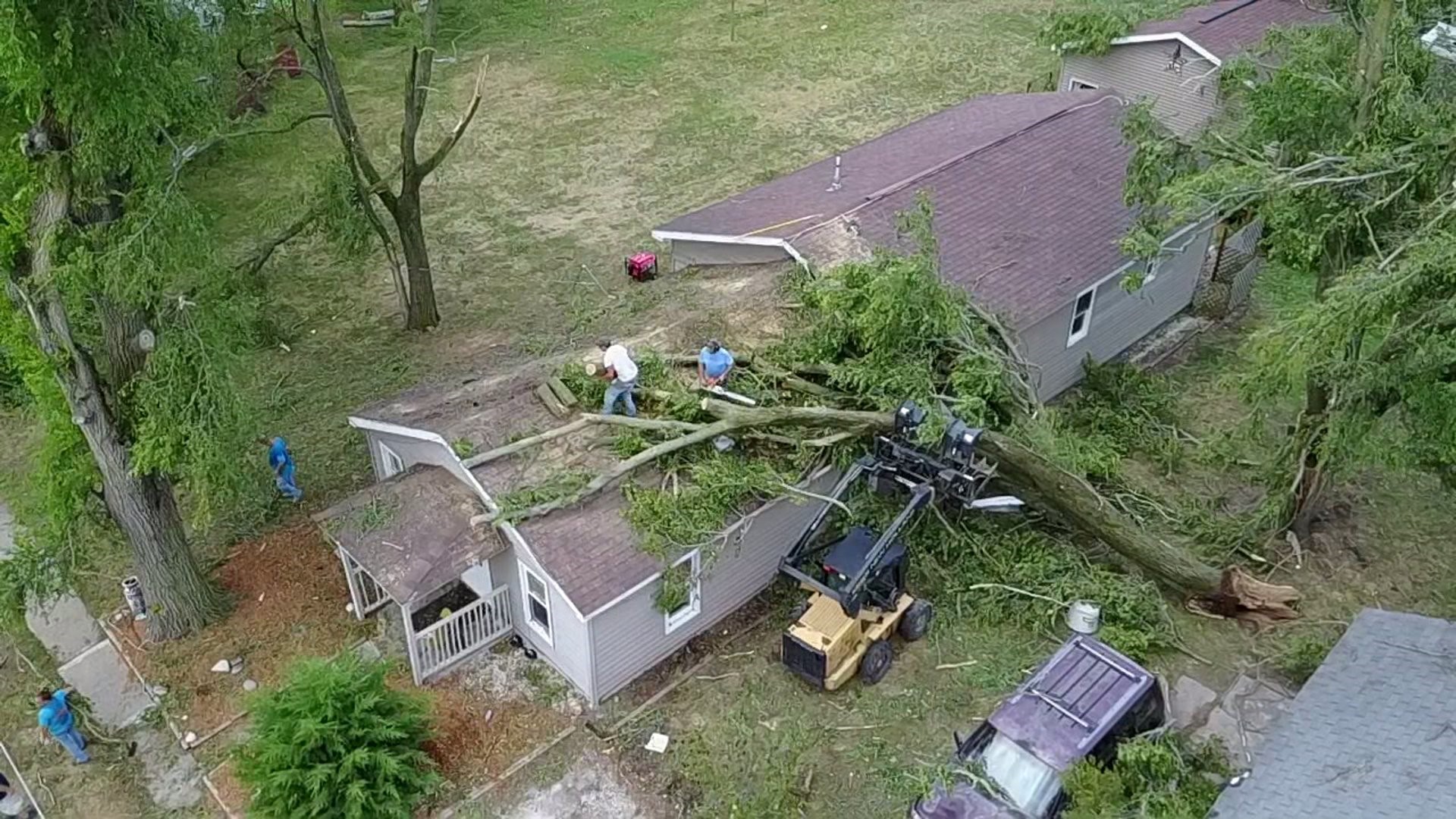 OQUAWKA, Illinois---  During Monday morning's storm, Shaun Staub and his family struggled to get out of their home after a massive tree branch fell on the roof of their home.

" We tried to look out the windows but the rain was too hard. We couldn't see and couldn't get out of the back two doors....," says Staub, who eventually was able to use the front door.

According to the national weather service, the storm hit the village of Oquawka with wind speeds ranging between 30 to 60 miles per hour, as well as occasional wind gust speeds up to 90 miles an hour.

" I was awaken by loud noises, (the wind) was whistling, it was howling and I`ve been through some storms here but never ever this bad," says long time resident  Susan Bigger.

At least 1,500 people live in the village and Oquawka, Volunteer Fire Chief confirms that everyone spent the day without power, without any real time estimate on when to expect relief.

"I`ve heard anything from tonight to tomorrow to the next day, so there`s no definite time yet," says Fire Chief Troy Jern.

In the meantime, the city is working with the Red Cross to help people displaced by the storm find a place to stay. They are also using the fire station as a cooling center, to help people get out of the heat.

No one suffered serious injuries, however most residents say they had little to no warning of the storm. Mayor Eldridge  says the town's weather siren is fully functional, but because of a late warning from the national weather service, the sirens did not go off until after the storm hit.