The Federal Aviation Administration will begin an investigation of the crash where two crew members and eight passengers died. 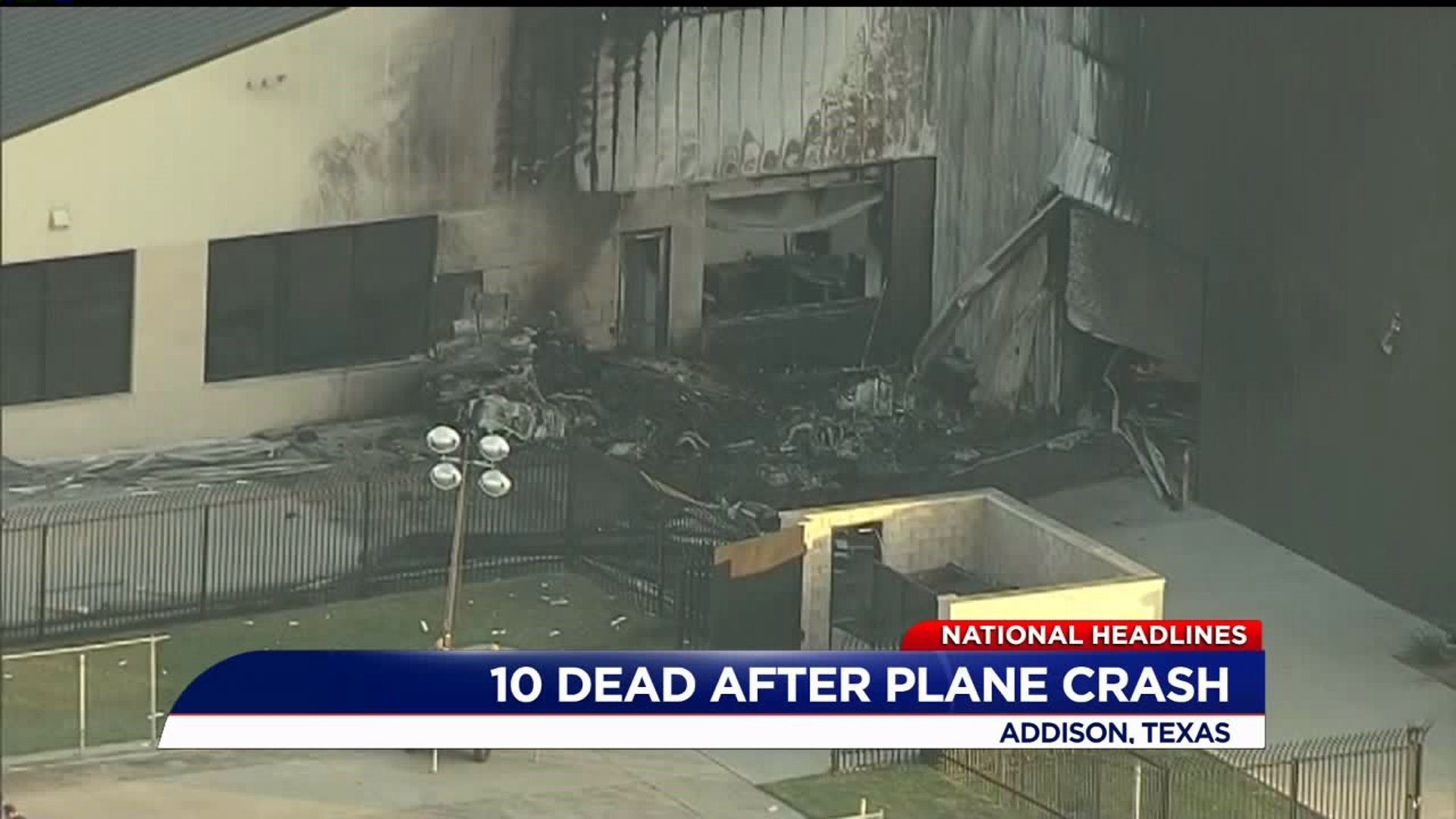 DALLAS (AP) — Federal officials say two crew members and eight passengers were killed when a small, twin-engine plane crashed into an unoccupied hangar during takeoff at a Dallas-area airport.

The plane was headed to St. Petersburg, Florida, but crashed at 9:11 a.m. Sunday at the Addison Municipal Airport, according to National Transportation Safety Board (NTSB) Vice Chairman Bruce Landsberg.

"We don't know a lot about the people on board at this point," Landsberg said.

Witnesses who saw the small plane crash say it struggled on takeoff and appeared to lose power.

David Snell, who was getting ready to fly from Addison with a friend Sunday morning, told KDFW TV that the plane didn't sound right on takeoff.

"It looked like it was clearly reduced power," Snell said. "I didn't know if it was on purpose or not, but then, when the plane started to veer to the left, and you could tell it couldn't climb. My friend and I looked at each other and we're like, 'Oh my God. They're going to crash,'"

Peter Drake says he saw the plane crash into the hangar.

The plane "got onto the runway, went down the runway, started taking off. He got to about 200 feet, and I saw him starting to lose power and his altitude, and then I see him just roll over and came straight down right into the building."

Jennifer Rodi, the NTSB's lead investigator on the accident, said the plane, a Beechcraft BE-350 King Air, had previously been owned by a private charter company in Chicago.