Downtown Davenport's first flood wall, built in 1911, has stood the test of time

The areas of LeClaire and Centennial Parks in Davenport actually used to house the city dump. 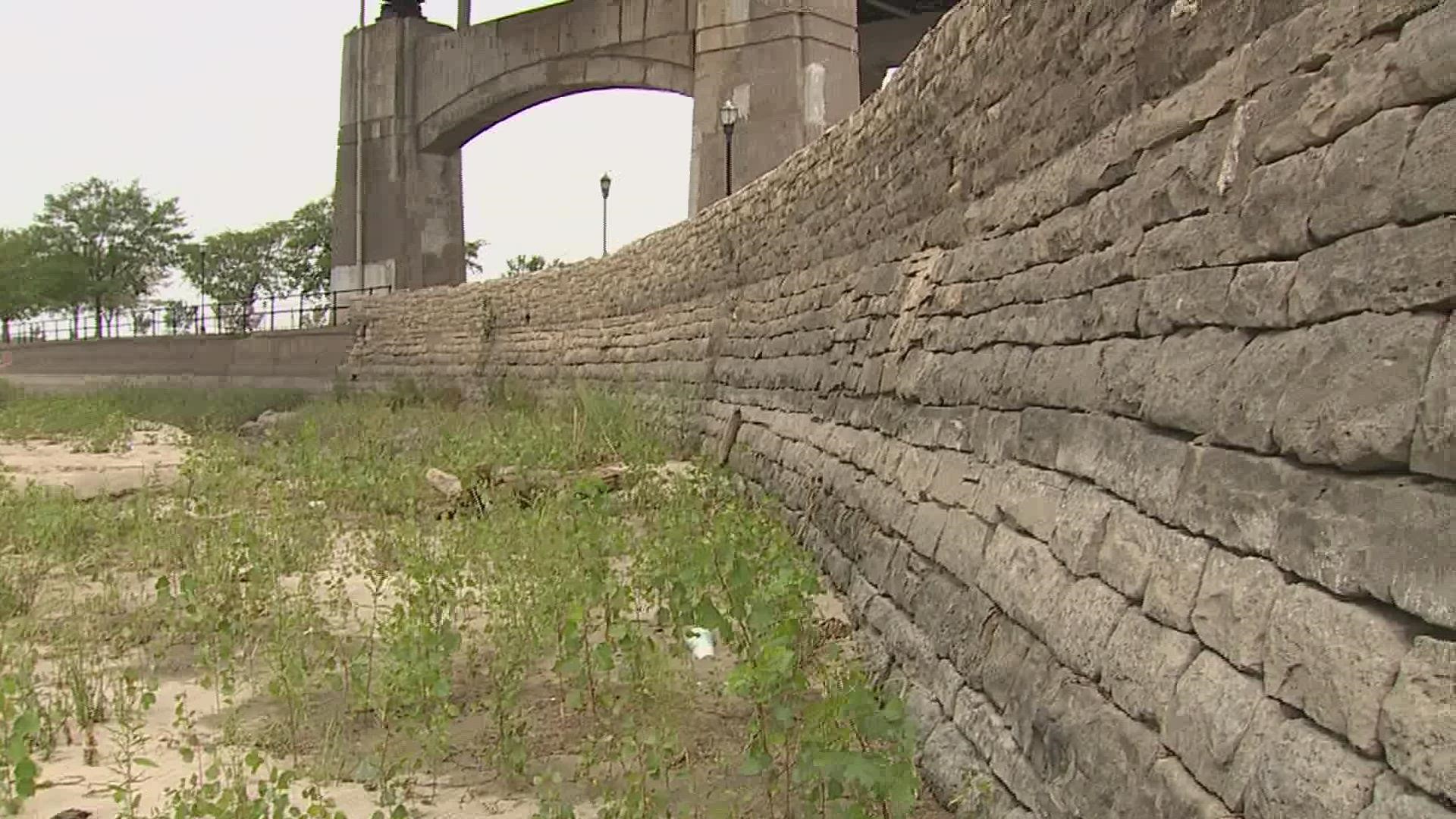 DAVENPORT, Iowa — The City of Davenport is wrapping up its public comment period, looking for feedback to help guide Davenport through the final phase of the city's flood study.

Quad Citians have until Wednesday September 15th to take the survey.

Davenport's original sea wall was built more than 100 years ago, long before the internet was around to gather options.

The original riverfront was almost back to where River Drive is currently in Davenport.

"There was a little bit of land, and a lot of fill. So a lot of garbage, a lot of things that have been dumped there, rocks. It was not a developed area there really, it would not be a place you could go walking at all," said Amy Driskill, the City Archivist for Davenport.

So in 1911, laborers started building an 8-foot thick, 15-foot tall wall, laying sewer lines and railroad tracks as they filled in the space.

The project led to the area we enjoy now as LeClaire and Centennial Parks, which used to house the city dump.

"Most of this was garbage. Most of it had trash on it. It was completely undeveloped and not able to be used. So people were very excited. They loved the idea of being able to actually go down to a park on the river front that wasn't filled with garbage, that didn't probably smell terribly," Driskill said.

The Mississippi River took a different path than it does now. The City chose to design the wall with an average 15-foot flood crest in mind.

"It just kind of was the average for what the flood stage was then. We didn't have the roller dam until 1933. So we have to think that the water levels were a little different. Rock Island didn't have their seawall or flood wall at the time either. So water was more spread out. So it may not have been the same as it is currently," Driskill said.

The first section of the sea wall runs from near the Centennial Bridge, from Scott Street east to Federal Street. That section was completed in 1914.

And it really has stood the test of time.

"From the pictures that we've been able to see, I think there's more limestone probably towards the outside. And then there's other rock inside as well. And it's not cemented together. So water, if it gets in there can flow in and flow out. But nothing shifts or moves, hopefully. And I mean, it's lasted since 1911. So that's a wonderful record. And I know now that it's dipped down again, they can go and check for any breaks or make any repairs and do what you need. So occasionally low water levels good," Driskill said.