The building that housed Dobson Pipe Organ Builders in Lake City looks to be a total loss. 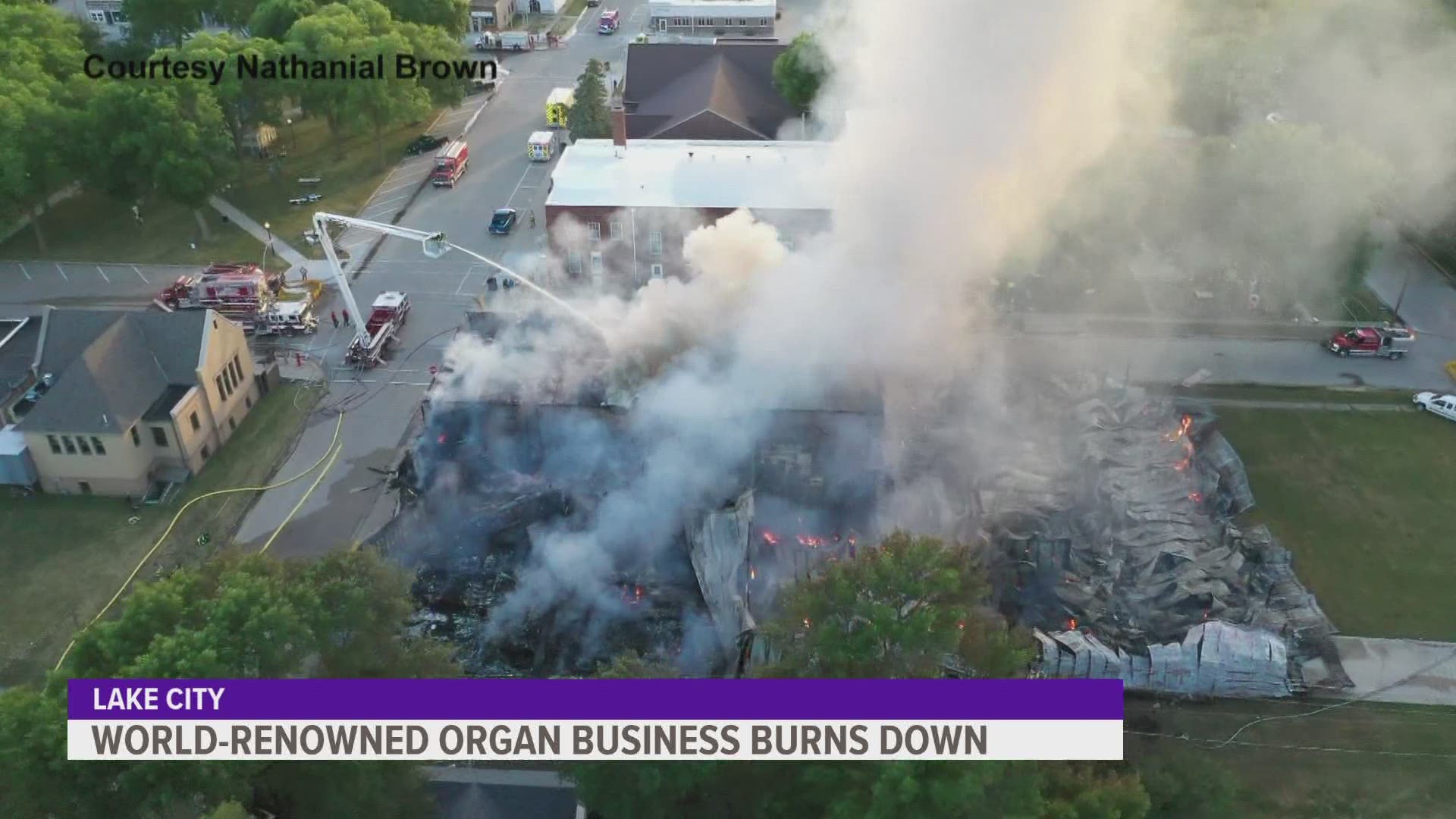 LAKE CITY, Iowa — Flames could still be seen Wednesday morning from the wreckage of a local business in Lake City.

According to the radio station KCIM, witnesses reported the fire started around 4:30 p.m. Tuesday.

The company's website says it was founded in 1974 by Lynn Dobson, a Carroll native, the Associated Press reports.

Dobson, who is still an investor in the business, told Local 5 the current owner is out of town right now.

"You could see on Facebook lots and lots of people posting. Very sad," Pastor Roy Karlen of Lake City said. "I don't think people have completely processed it."

One employee was injured in the fire, according to a Facebook post from Dobson Pipe Organ Builders. He was burned when he "discovered and attempted to put out the fire."

The employee is expected to make a full recovery.

This afternoon, the Dobson workshop was devastated by fire. One of our coworkers was burned when he discovered and...

A tweet from the National Weather Service in Des Moines shows the smoke plume from the fire moving west from Lake City. The GOES-East Satellite, floating more than 22,000 miles above Earth, captured the smoke.

Lake City is just under 100 miles away from Des Moines.

Smoke plume from the devastating fire at the Dobson Pipe Organ Builders in Lake City, IA can be seen moving to the west toward Auburn from #GOESEast 🛰️ orbiting at 22,236 miles above the Earth. #iawx https://t.co/TQlyv5pdDi pic.twitter.com/NwLDEenXgZ

Local 5 will update this story as more information becomes available. Download the We Are Iowa app or subscribe to Local 5's "5 Things to Know" email newsletter for the latest.