Essence Welch is suing the Des Moines Police Department, as well as the city itself, according to Polk County court records. 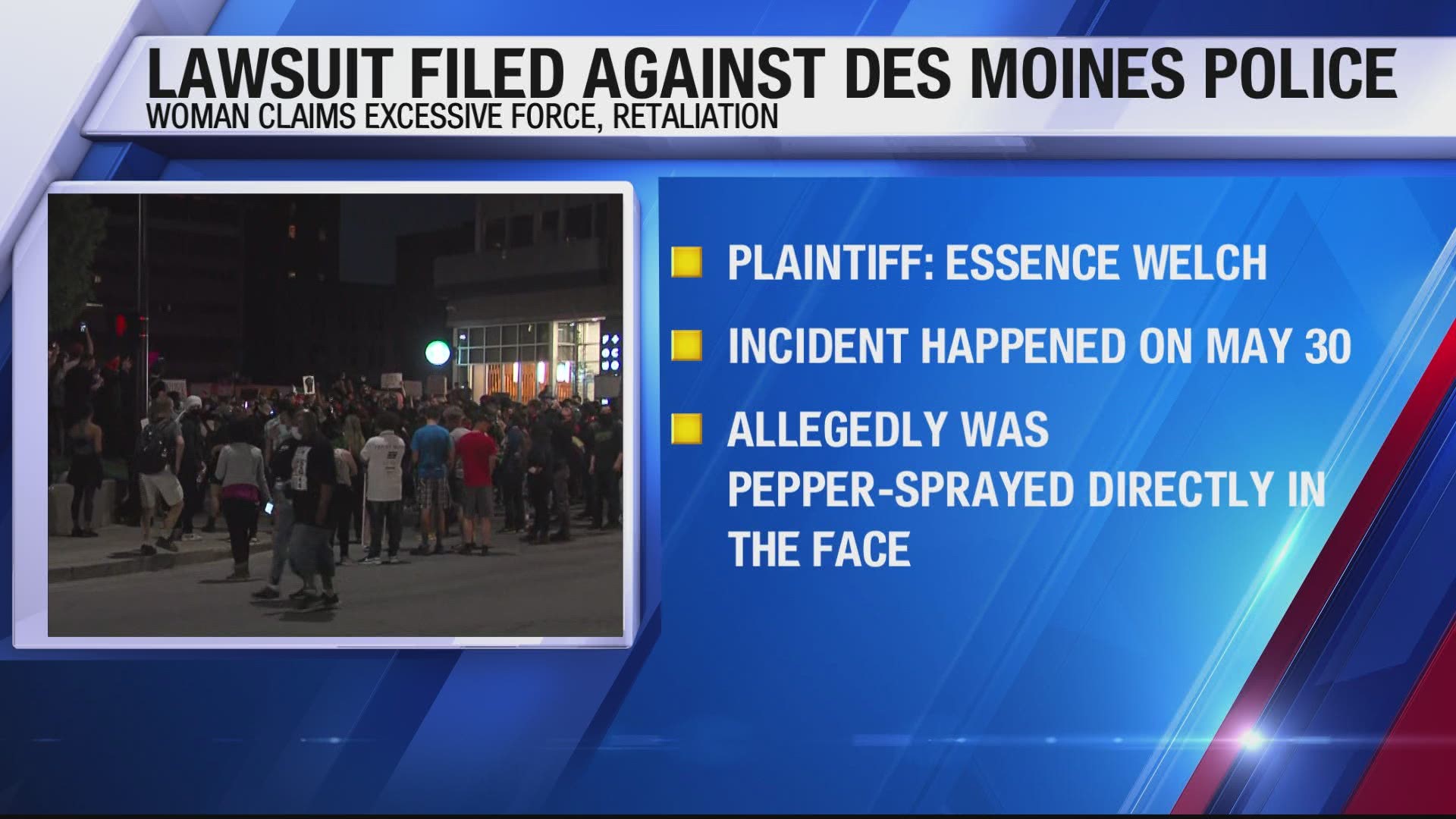 DES MOINES, Iowa — In a newly-filed lawsuit, a woman claims the Des Moines Police Department pepper-sprayed her "without warning" and used "excessive" and "malicious" force in response to protesters

Essence Welch, a Des Moines resident, is suing an officer with the department, Police Chief Dana Wingert and the City of Des Moines for excessive force and retaliation, among other alleged violations.

In the lawsuit filed Wednesday, Welch claims she was peacefully protesting in downtown Des Moines the night of May 30 following the death of George Floyd.

"Without warning, a Des Moines Police officer, Defendant John Doe, stepped from behind a group of at least seven officers, walked several yards to where Ms. Welch was standing, and shot her with pepper spray directly in her face and down her body," the lawsuit reads.

Welch "suffered severe pain and burning all over her body as a result," and the lawsuit contends that DMPD's actions were "excessive and applied maliciously and sadistically for the purpose of causing harm and not in a good faith effort to achieve a legitimate purpose."

The lawsuit also accuses the department of inadequate training and "failing to enforce policies and implement policies preventing the unlawful use of force against citizens."

City Attorney Jeffrey Lester told Local 5 in an email that the city hadn't seen the lawsuit and a response will be filed in court "within the time required."

The city had not filed a response with the court as of Thursday morning.

RELATED: Black Lives Matter billboard asks: 'Which side of history will you be on?'