This incident has gone viral after TMZ reported the landlord kicked Exodus Bargblor out because he peacefully protests at a George Floyd event. 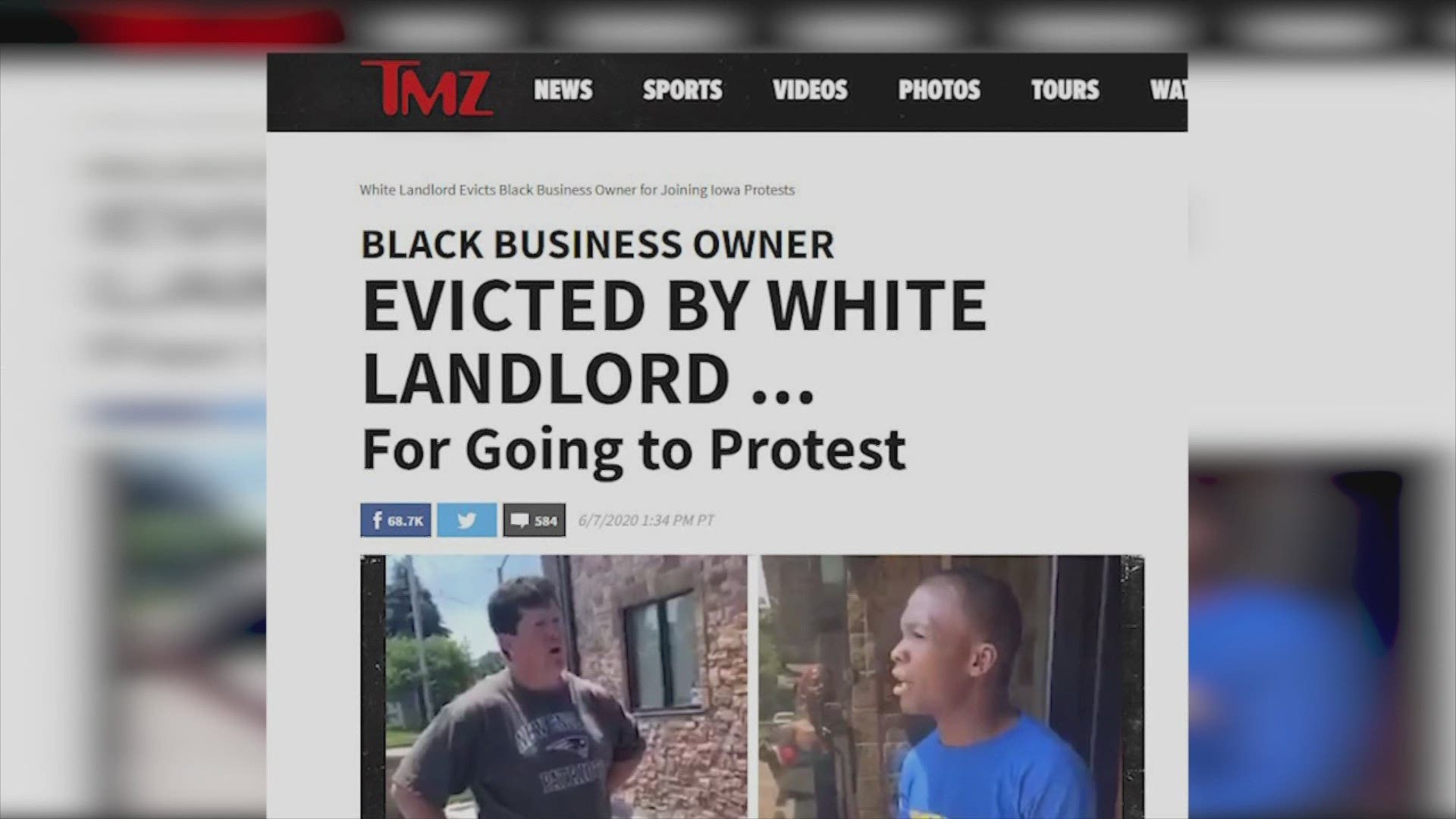 DES MOINES, Iowa — An African American business owner in Des Moines said his landlord ended his lease early because he participated in peaceful protests last week, but the landlord said that's not why he ended the lease.

A video posted to Twitter showed Exodus Bargblor and David Harkin get into a verbal argument over recent protests.

Bargblor, who founded sportswear company Stylent Brands, said Harkin threatened to end his lease early before, but after he participated in the protests, Harkin followed through.

"The next day, he comes to me talking all rude and tells me he doesn't want me there anymore and that I should leave now," Bargblor said.

Bargblor's girlfriend, Futurline Doe, got the exchange on camera and tweeted it out.

TMZ also published an article about the incident. That article did not have any comments from Harkin in it.

Harkin said Bargblor did pay the overdue rent on May 27 but was concerned that Bargblor wouldn't be able to pay June's rent by the first of the month.

Harkin, who said he's received a lot of death threats since TMZ published a story about the incident, said he feels he was set up in the video that was Tweeted out.

"It's crazy," Harkin said. "Phones going off the hook, and the emails. It's saddening."

Bargblor said he plans to sue Harkin because he terminated his lease early.

"I just feel like it was racially motivated," Bargblor said.

Harkin said that wasn't why he did it.

"I'm not racial," Harkin said. "People have the right to protest as they want to, but when you destroy property, or hurt things or hurt other people, I told him. and that's what went viral. I was giving him advice, I shouldn't have done it. It was my fault. I mean, I'm getting what maybe I deserve, but I was telling him not to be in a place where riots are going on and things are being destroyed. Leave."

Harkin said he called police to file a report about the death threats, but as of Monday, he hadn't had anyone follow up with him.

Local 5 reached out to the Des Moines Police Department.

They confirmed Harkin did call and lodge a complaint Monday evening but was unable to say if detectives had followed up with him yet.