Deere and Company offers students an alternative path after graduation

Deere and Company offers an apprentice program as part of a nationwide effort to get young people into the trades. 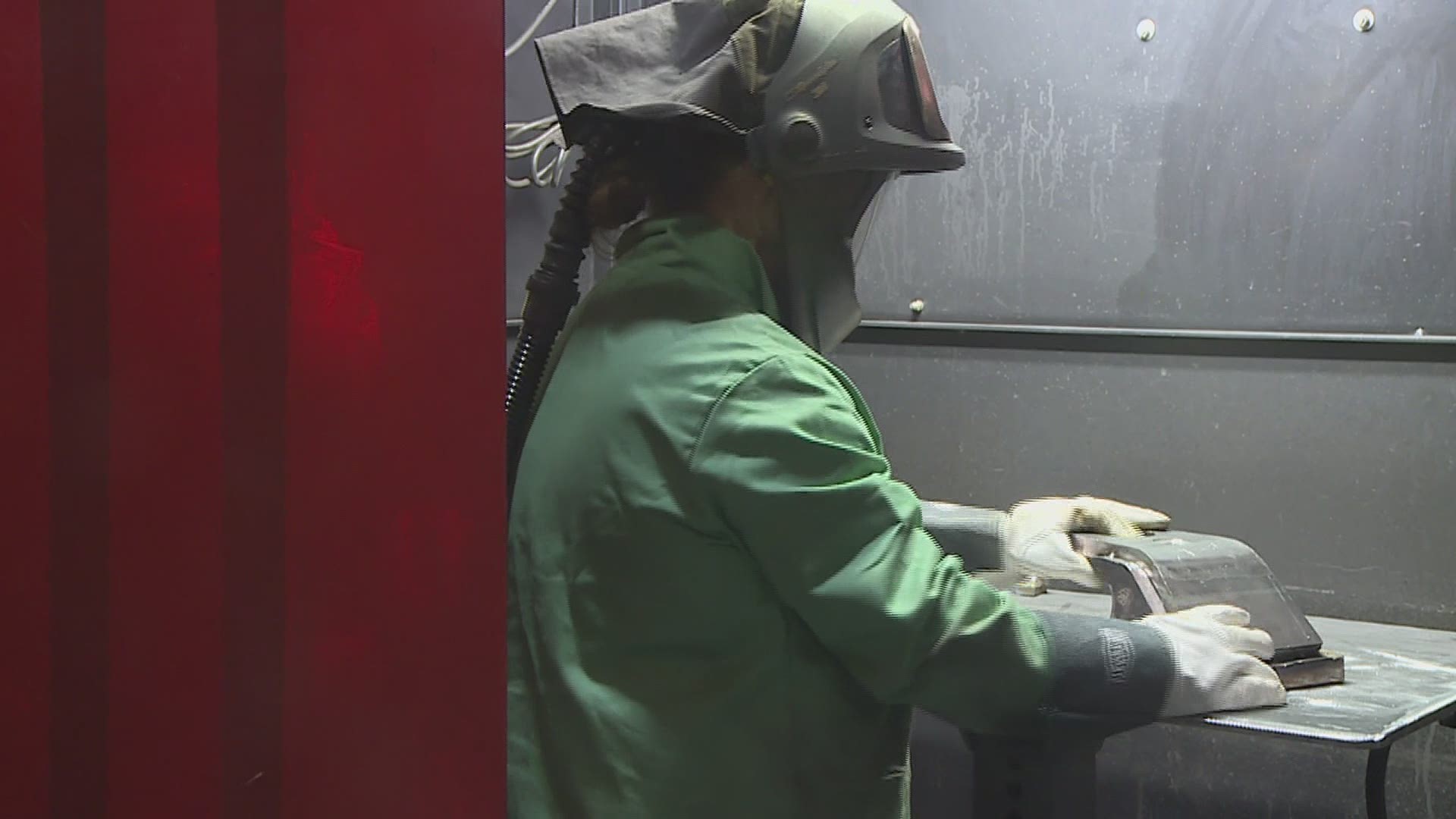 DAVENPORT, Iowa — Deere and Company is offering high schoolers a different path other than a traditional four-year degree through a apprenticeship program.

The program has run for less than two years and uses an earn-while-you-learn approach: paying students in the program for their time.

The typical program pulls high school students at the end of their Junior year into the plant.

From there, students work full time over their summer vacation to learn basic skills.

“When they become seniors in high school, they'll spend half a day at school and half their day at John Deere plants,” Community Integration Coordinator, James Hotchkiss said, “And then after graduation we either hire them on as full time employees find them jobs or suppliers or continue them in the program until they meet their minimum requirements.”

For students like 18 year old Abigale Parsons, the apprenticeship felt like the right path. She has been apart of the apprentice program for the last nine months, working with welding.

“Throughout that whole process I found out that school was definitely not for me. But, I do like the trades,” Parson said.

Hotchkiss wants students to consider an apprenticeship as a viable option for their future.

“We need to keep promoting the different jobs in manufacturing, to students, so if they see there's something out there in case they aren't interested in case they don't know what they want to do. They have jobs in factories, we're just waiting for you.”

In addition to John Deere, more than 15 companies in the Quad Cities region are hosting apprentices, either with current placements or placements set to start in the summer of 2021.

The apprentices themselves are from schools all over the Quad-Cities, including Davenport, Rock Island, Moline, North Scott, Pleasant Valley, and United Township.

On April 19, the apprentices were celebrated at a "Signing Day" ceremony at the Waterfront Convention Center in Bettendorf.

That celebration was the brain child of a Quad Cities collective of education and industry partners working together to build the talent pipeline for the Quad Cities region.

If you have a business interested in hosting a high school registered apprenticeship program, email Mike Oberhaus at the Quad Cities Chamber.