The order came after the District saw the largest crowds of the protest thus far on Saturday. 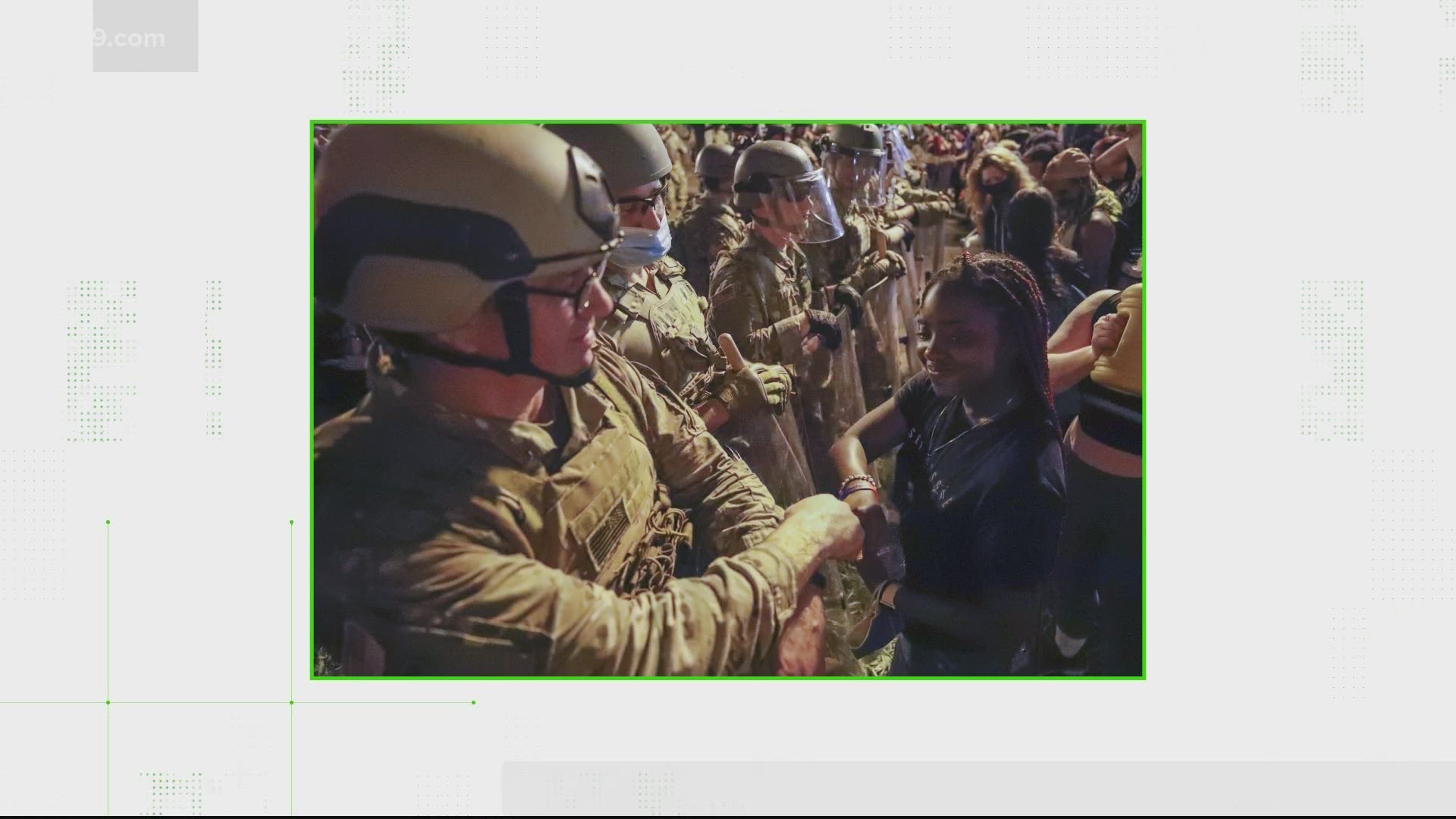 WASHINGTON — President Donald Trump ordered National Guard troops to officially withdraw from D.C. Sunday morning, citing that "everything is under perfect control" in the District after 10 days of protests.

Increased law enforcement presence during the demonstrations has been a point of contention between D.C. Mayor Muriel Bowser and President Trump, with  Bowser formally requesting on Thursday that the President remove federal forces and military personnel from the city immediately.

About 5,000 National Guard soldiers and airmen from 11 states are supporting D.C. National Guard in response to the 'civil unrest,' according to National Guard Bureau a press statement. Many people expressed concern over the increased military presence during the protests, with some posting photos of the personnel guarding areas of the city.

"It is certainly not our intent that these soldiers not have a place to stay," Bowser said on Friday. "It is our intent however that whoever ordered them here is responsible for it, the army their governors, that they take care of their accommodations."

RELATED: VERIFY: No, DC Mayor Bowser did not evict National Guard members from a Marriott hotel

Credit: AP
DC National Guard soldiers and other law enforcement personnel watch as demonstrators protest Saturday, June 6, 2020, along Independence Avenue in Washington, over the death of George Floyd, a black man who was in police custody in Minneapolis. Floyd died after being restrained by Minneapolis police officers. (AP Photo/Alex Brandon)

Originally, DC government officials requested some of the National Guard forces at the start of last week to help manage the large crowds of people demonstrating against police violence. But thousands of additional federal troops were ordered by the President to "dominate" the streets after looting and violence erupted in the city following early demonstrations.

While Trump tweeted that the protest numbers on Saturday were significantly less than what was expected, Saturday's demonstrations were the largest that D.C. had seen since the protests began on May 29. Tens of thousands flocked near the National Mall and all around DC, with demonstrations lasting well into the night.

No arrests were made on Saturday, marking the third day of protests in a row with zero reported.