DPD has launched an investigation into a hit-and-run incident that sent a man to the hospital before midnight on May 1. 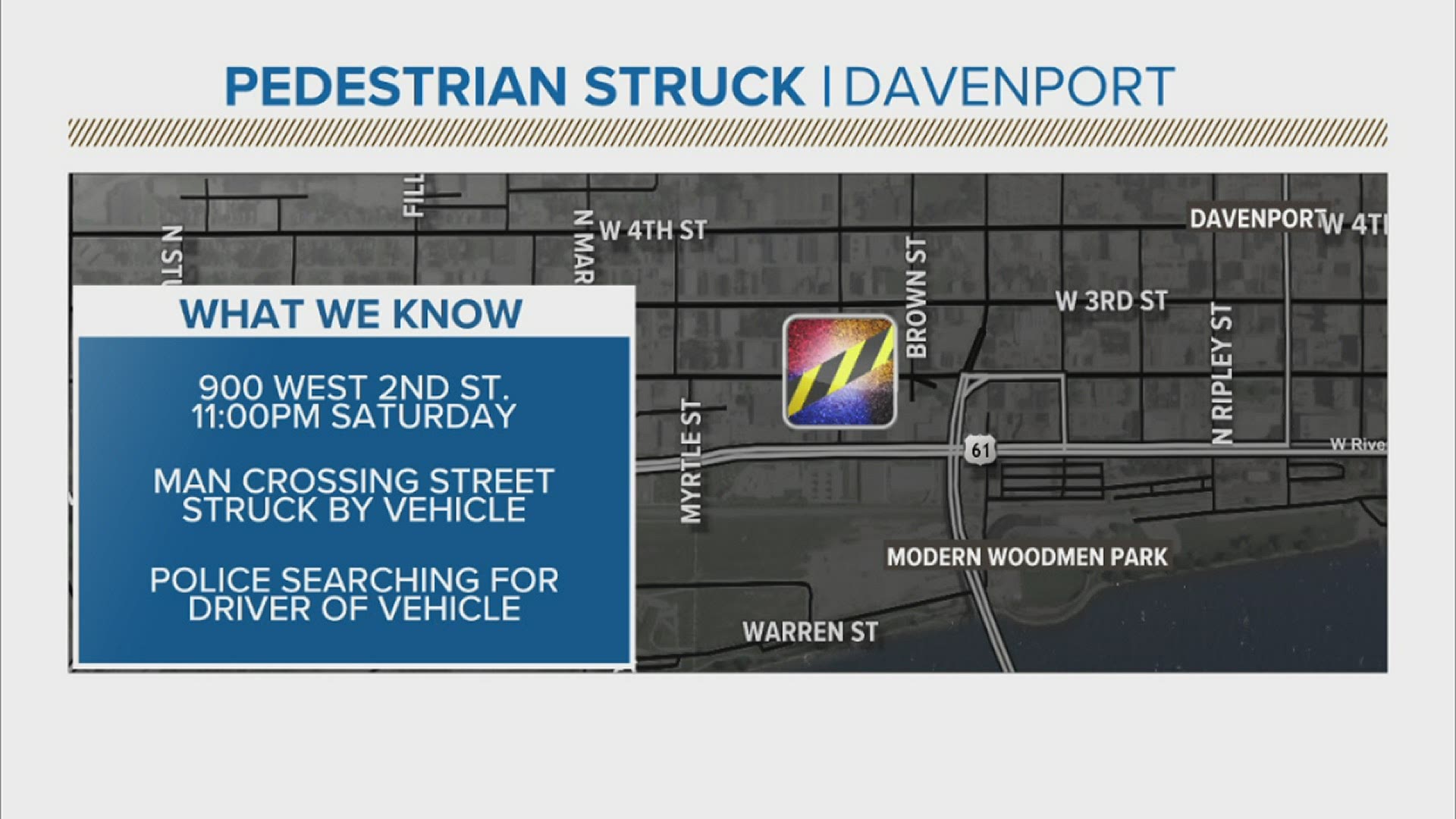 DAVENPORT, Iowa — A man was sent to the hospital on Saturday, May 1 after being hit by a car driven by an unknown suspect who fled the scene.

According to the Davenport Police Department, at about 11:07 p.m., emergency responders were alerted to a scene in the 900 block of W 2nd Street where a man had been hit by a car.

Early investigation found that the man was crossing the road when he was struck by a vehicle, which proceeded to leave the scene. He suffered life-threatening injuries and was rushed to the hospital.

Investigators from the Davenport Police Traffic Safety Unit are investigating the hit-and-run, but no information is currently available.

Anyone with information regarding this incident is encouraged to call the Davenport Police Department at 563 326-6125, submit an anonymous tip via the “P3 Tips” mobile app or submit a tip online at “qccrimestoppers.com”