The public works department said the project will cost about $400,000. About half of that will be reimbursed to the city from FEMA funding. 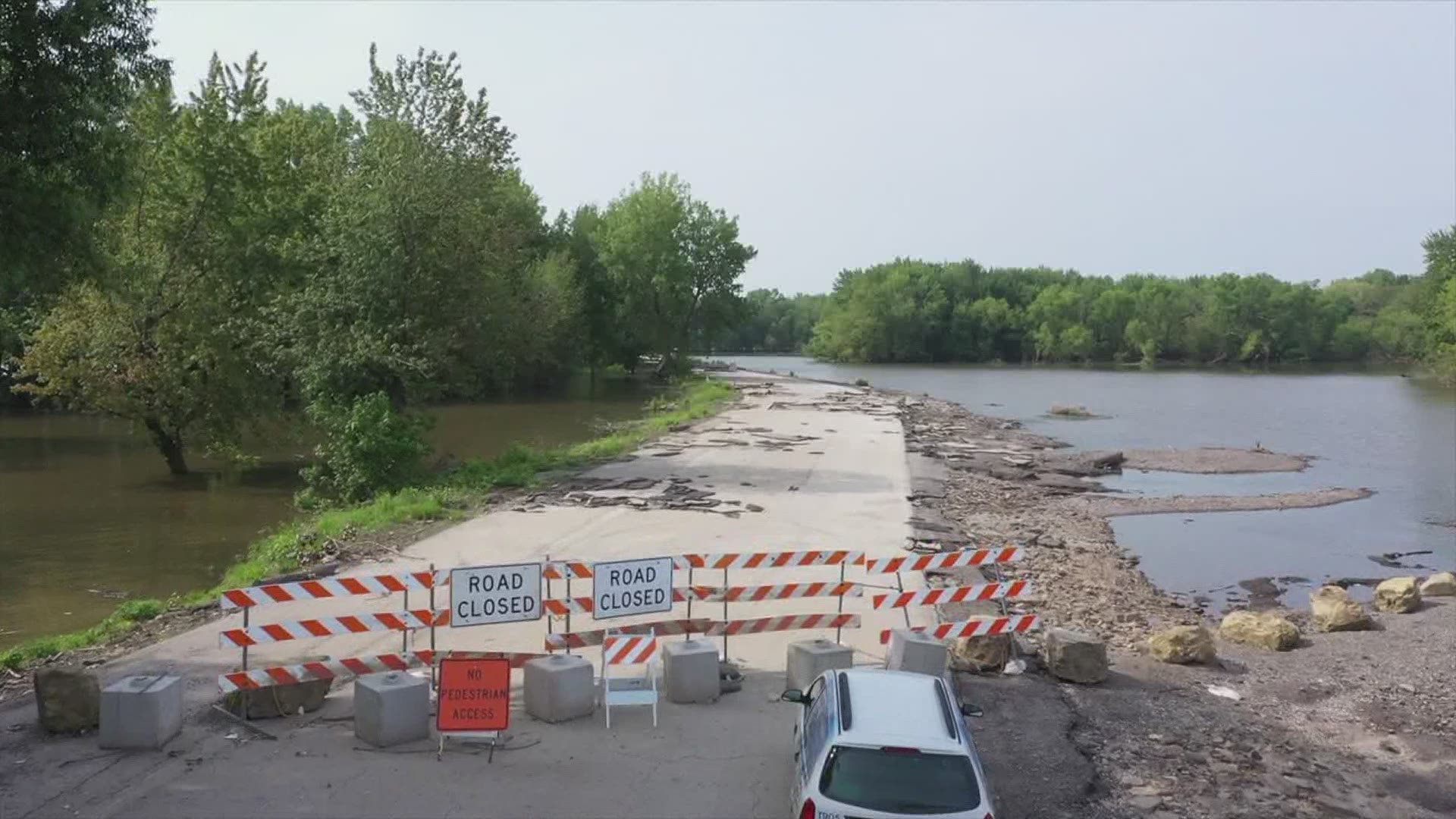 DAVENPORT, Iowa — When looking back at the flood of 2019, pictures and video show parts of the road leading in to Credit Island Park washed away.

"In 2019, we had our most significant flood from the Mississippi river to date," said Clay Merritt.

Merritt is Davenport's assistant public works director. Since the 2019 flood was considered a federal disaster, FEMA can step in and help with the $400,000 in repairs, according to Merritt.

Merrit also said FEMA would cover approximately half of the total project cost.

Flash forward to 2021, the road leading in to Credit Island Park is still mostly gravel, a temporary solution the city has been maintaining until a more permanent fix can be completed. The city plans to pave over the surface by the end of this spring or early summer, according to Merritt.

But, the project does not include any flood mitigation efforts, according to Merritt.

"This project we're doing now fixes the causeway, makes some much-needed repairs that need to happen, while we can use existing federal resources to help us with that, while we're taking a look at some of those long term costs," Merritt said.

Merritt answered questions about the project at Wednesday's public hearing with aldermen at the Committee of the Whole meeting.

The project was placed on the "consent agenda" for the next city council meeting, which means council members will vote on the project at that meeting.

"We need to repair that infrastructure," Merritt said.

The city will make the repairs, with any mitigations a possibility years down the road.

Merritt said the repairs could be a possibility after completion of the city's flood resiliency study.