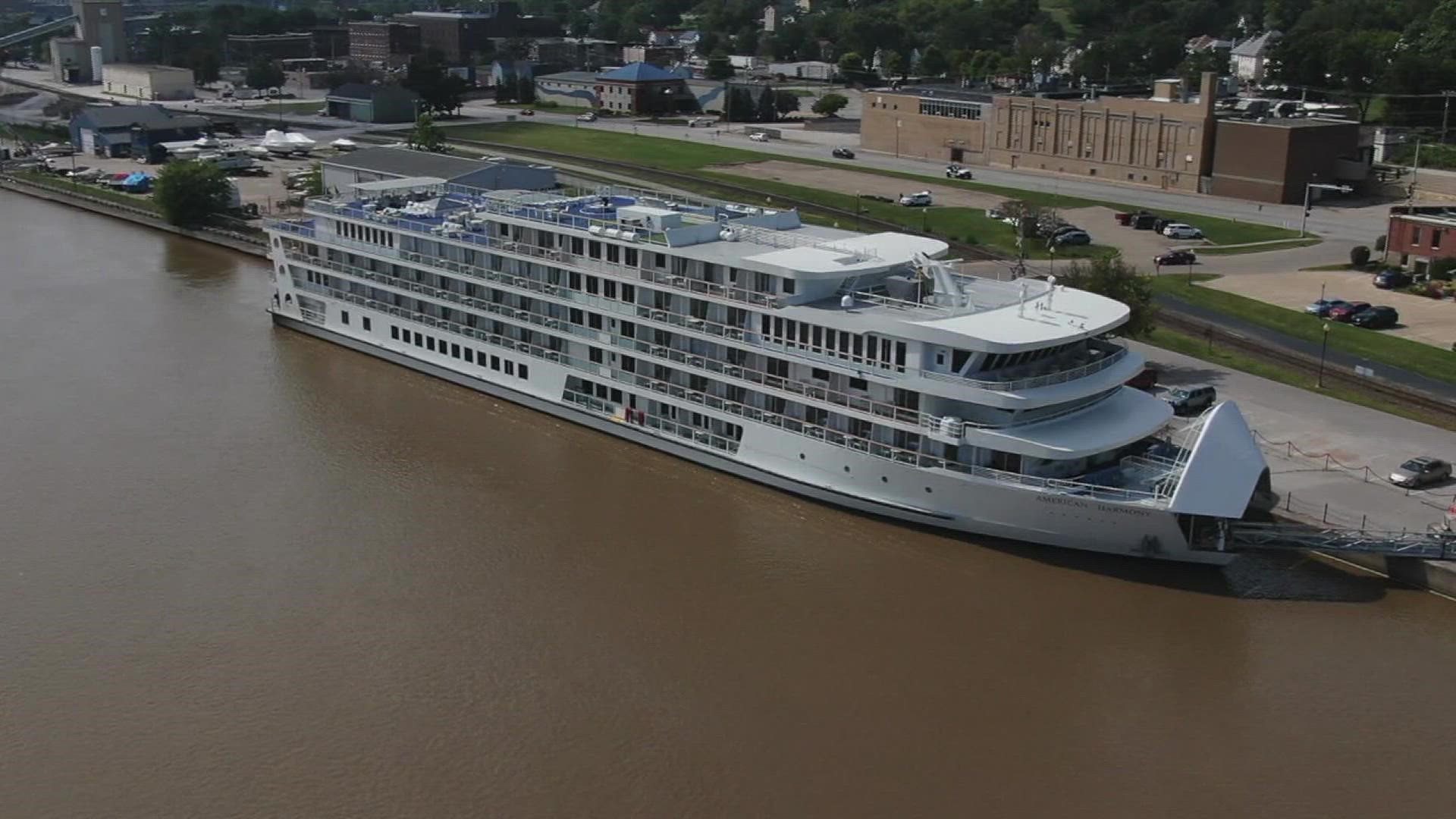 DAVENPORT, Iowa — The American Cruise Lines are back on the Mississippi and docking in the Quad Cities on Friday, July 30 and Saturday, July 31. For years, these ships have docked at Oneida Landing, but now have a new home at the River Heritage Park in Davenport.

"This is a pretty impressive area and vantage point," said Steve Ahrens, Executive Officer of Davenport's Riverfront Improvements. "You take a panoramic, the view of our community from River Heritage Park is breathtaking. And we want to share that with with with the world."

He said the spot at Oneida Landing only allowed for one ship at a time, but new improvements along the river at River Heritage Park will help accommodate up to three boats.

Right now construction crews are repairing part of the river wall before extending the Riverwalk upstream. More benches and landscaping will be added, and the current temporary asphalt trail will become permanent. Ahrens said this will help make the park more accessible to both people and ships.

"We'll be able to extend that on, which will both be an important amenity for the public to extend it further upstream closer to the parks boundary," Ahrens said. "That helps us accommodate the additional passenger vessels that are calling this park home as well."

He added that the park is a great place for people to hang out and appreciate the view of the riverfront.

"When people from other communities visit, they remind us that not only is this not typical, but this isn't typical either, like, you know, the Mississippi River," Ahrens said. "Most rivers are like our creek system, you know, little little streams."

The improvements are expected to be finished for the 2022 cruise season.

The Queen of the Mississippi is arriving at 8:30 a.m. on Friday and the American is arriving at 8:00 a.m. on Saturday. American Cruise Lines has a total of 22 trips to the Quad Cities from July 24-November 8, bringing approximately 5,000 tourists to the area. That number will increase next year when Viking River Cruises adds its own stop at River Heritage Park.