Police say no arrangements have been made for food, drinks, or even permission from the city. 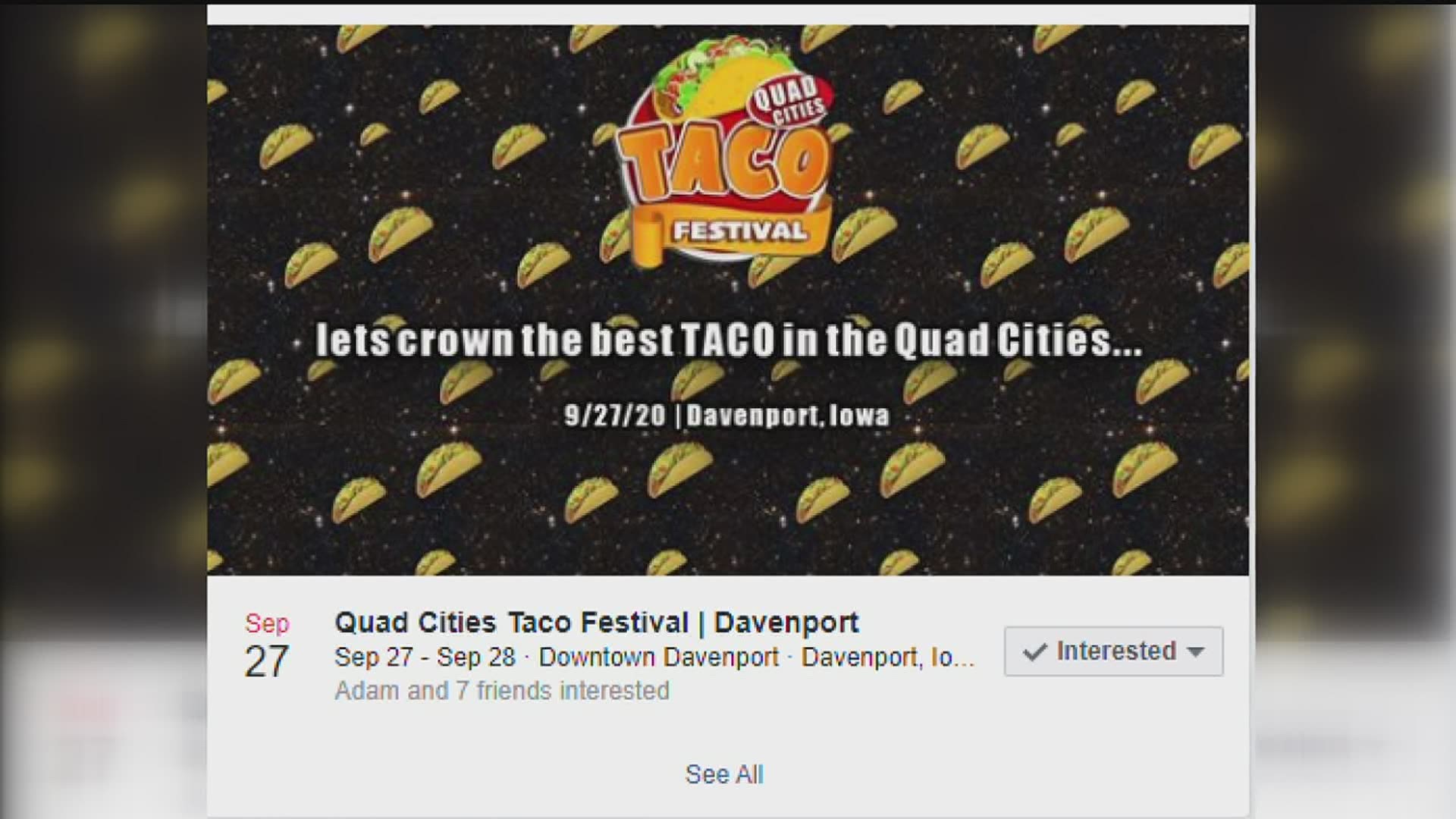 Davenport Police say the Taco Festival advertised in a group on Facebook and at this website is a scam.

The Davenport Police Department and City of Davenport say they "have received several inquiries about an unconfirmed “Quad City Taco Festival | Davenport” festival in September."

The event is also supposed to feature tequila tastings, live music, and food from many local Mexican restaurants.

However, Davenport police say when they contacted the event organizer:

"The organizer provided multiple vague locations for the single event, one of which is not a real location and then promptly disconnected. The Scott County Health Department reached out to the supposed organizer and was provided a different location than what was provided to law enforcement. No precise location for the event has been announced on the Facebook Event."-Davenport Police

According to police, as of Thursday, July 30, city officials, who provide permits for these types of events, have not received, issued, or approved a permit for this festival.

The Scott County Health Department has been in contact with many of the vendors listed as “attending” the event yet no vendors indicated that they have committed to the event.

Also, no liquor license has been applied for to cover the event.

"Sadly, fake festivals and events, as well as phony ticket sales have become a part of the strategy for scammers."- Davenport Police

"The Davenport Police Department would like to remind consumers to fully check out festivals, events, and tickets before making any purchase. Consumers risk losing money, and in some cases handing over credit card and other personal information to scammers"