This was the first time in almost five years the new recruits did the training in a residential house instead of the usual gas fire training building. 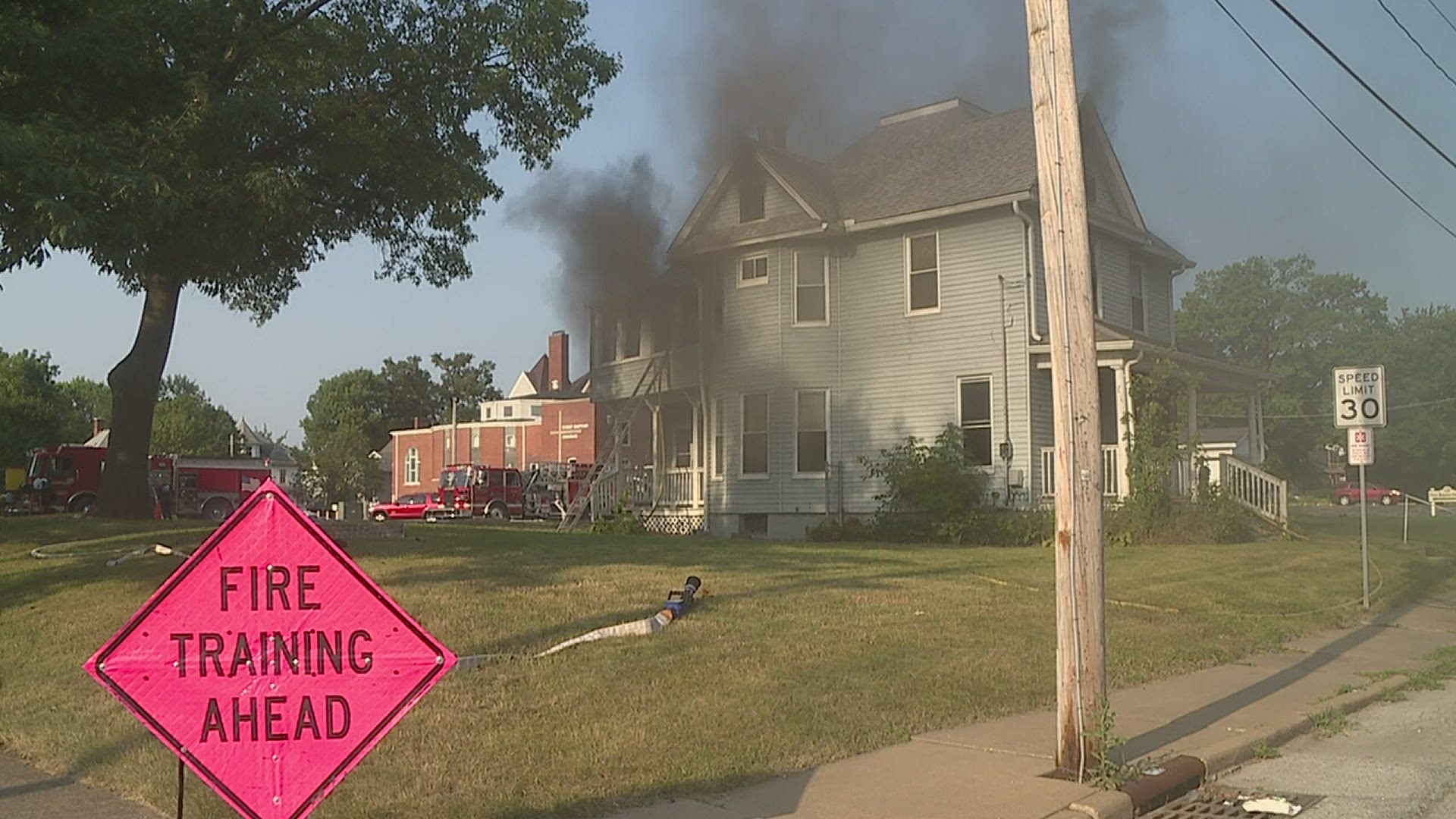 DAVENPORT, Iowa — The Davenport Fire Department conducted a live fire training exercise for six of its newest firefighters on July 27.

"We like to get them baptized in the fire, if you will," said Brian Mohr, District Chief of Fire Training.

After eight weeks in the Academy, this part of training is the last the recruits complete before joining the rest of the crew on shifts for the upcoming weekend.

The goal is to simulate a real fire so the trainees can get comfortable, and so they don't experience it for the first time while they're working.

"It's kind of like learning to swim," Mohr said. "The first time you go in, it's a little frightening."

Usually, Mohr said, they conduct this portion of the training in a special building with a gas fire, but for the first time in almost five years, they got the opportunity to use a residential home that was donated by the First Baptist Church of Davenport. Mohr likes practicing with these homes because they're unique and provide a different kind of real life experience, but they're also difficult to get.

"What makes it hard to get structures is a lot of times they have to be abated correctly, so that DNR is satisfied with that," he said.

One difference with this exercise, compared to a real fire, is that the house is completely empty. Mohr explained this is for safety reasons and ensures that the firefighters can practice for the first time without any extra hazards.

"The largest danger is the unknown," he said. "You have to know your building construction and, you know, fire behavior. Understand how long that house or structure's been under the attack of fire."

There were several rounds to the training with smaller fires set in different rooms of the house. The trainees took turns acting as officer, where it was their job to inspect the building from the outside before leading the rest of the crew in to put out the fire.

"It gives them the ability to do a 360 and take a look at the building and see what the structure tells it before they actually get in where they can't see," Mohr said. "There's little telltale signs by looking at windows and doors."

After burning four rooms, they burnt the house completely to the ground. Mohr said he would've ideally ran a couple more rounds before letting it burn. However, despite reinforcing the walls, the house wasn't holding up after a few of the fires.

"The amount of training we're going to get out of it is dependent on the structure and holding," he said. "There can be some weaknesses that are not identified of become apparent during the fire, so we have to be aware of that, even through the day on training."

He added that he was happy with how the recruits performed, but joked that training is never over when you're a firefighter.

The First Baptist Church of Davenport said they're going to replant the now empty lot, and add picnic tables for local kids and neighbors to hang out at.